Australians warned to brace for record heatwave with 50C-plus temperatures

Summer is far from over as large swathes of Australia are blasted with sweltering 40C-plus temperatures.

Much of Queensland has been hit by a severe heatwave as temperatures soared by up to 10C degrees above the February average in southern and central regions.

There’s also no relief in sight for the week-long heatwave in Western Australia, where Perth will reach a scorching top of 39C on Monday.

Maximum temperatures in Western Australia’s capital are forecast to remain above the mid 30s until at least next Sunday with no sign of rain on the horizon.

Queenslanders have been urged to stay cool and hydrated as sweltering conditions continue to blast the state for the next two days.

Rockhampton in the state’s central region is on track to record its hottest February day in 52 years on Monday with the mercury tipped to hit 41C. 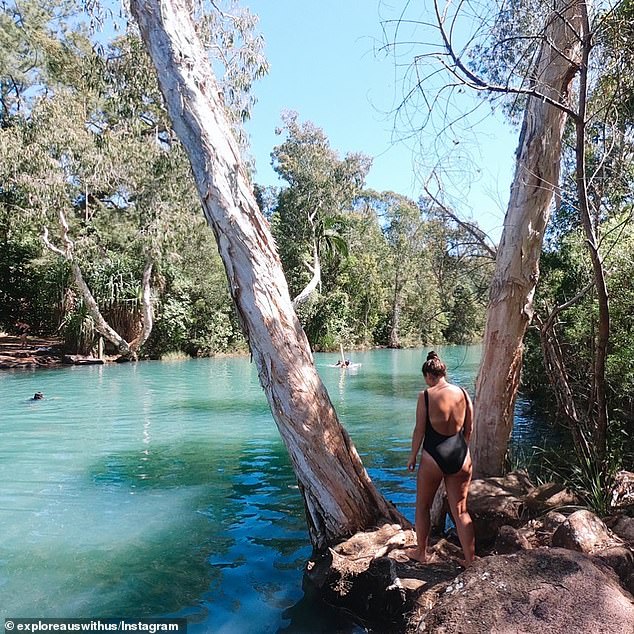 Many Queenslanders will flock to rivers and beaches to escape the heat on Monday. Pictured is Upper Stoney Creek at Byfield near Rockhampton, where the mercury will hit 41C

The last time Rockhampton Airport recorded 41C in February was in 1969.

The city’s hottest day on record was in November 1990 when the mercury reached 45.3C.

Rockhampton won’t be the hottest place in Queensland on Monday with outback towns further inland such as Bedourie, Birdsville and Windorah all tipped to soar past 43C.

Queenslanders closer to the coast will flock to the beach with the Gold Coast tipped to hit 31C and Brisbane to reach a high of 34C, five degrees above the month;y average.

Rockhampton will drop to 38C on Tuesday before cooling down to 33C from Wednesday onwards.

‘The heatwave is the result of very warm inland air moving closer to the coast, which will gradually ease in the state’s southern and central regions,’ Ms Hoff said. 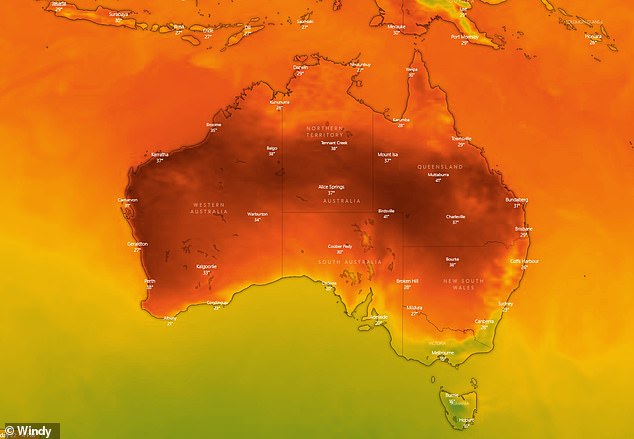 Large swathes of Australia (in red) will swelter in 35C-plus temperatures on Monday, including much of Western Australia and Queensland.

Not all of Australia is feeling the heat.

South of the Queensland border, Sydney will reach a 27C on Monday while Canberra will reach 28C

A cold front is expected to sweep across NSW late Monday, with temperatures dropping by about 10C.

A low pressure trough sitting off the NSW coast continues to dump rain on the state’s north and mid-north, with little relief in sight for two days.

A marine wind warning remains in place for the NSW north coast along with a hazardous surf warning for much of the state. 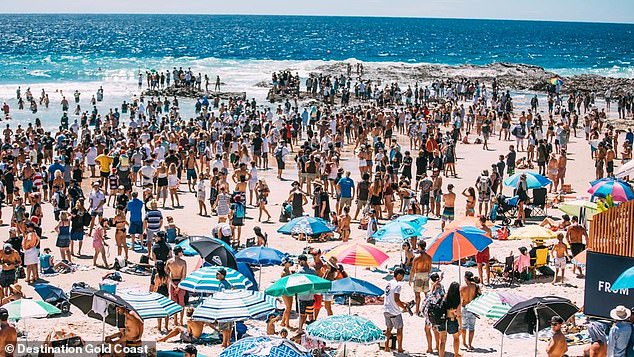 Thousands of Queenslanders will flock to the beach on Monday. Pictured is a packed beach on the Gold Coast, where the temperature will hit 31C

Melburnians are enjoying a cool reprieve from the recent warm weather with a top of a 21C and a 40 per cent chance of showers.

Adelaide will be partly cloudy with a top of 23C as will Hobart which will only reach 20C.

A broad trough and lows across the tropics has seen heavy rain and storms in the Northern Territory.

Residents in the outback town of Katherine are on alert after heavy rain pushed the local river to its highest level in four years.

More than 250mm of rain fell in the Katherine River catchment has fallen over the past three days. 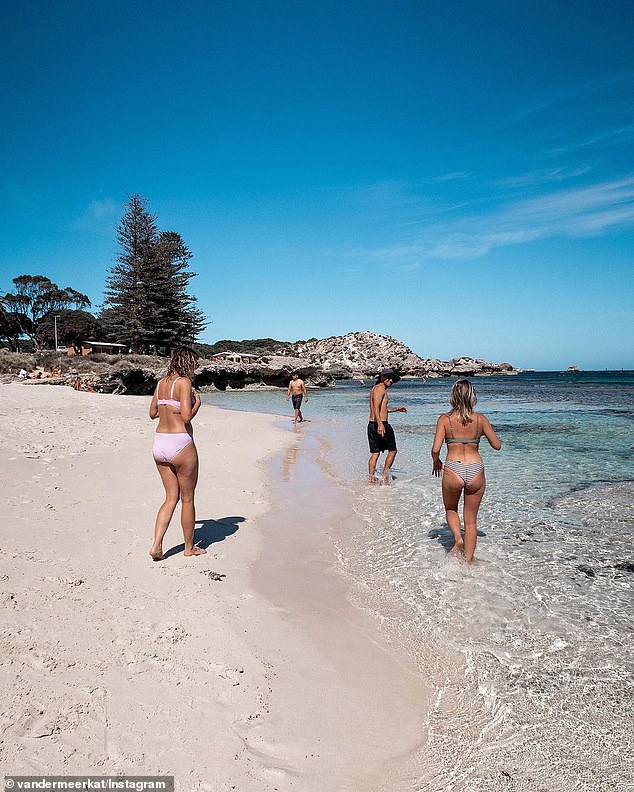 A week-long heatwave continues in Western Australia with Perth to hit 39C on Monday. Pictured are visitors cooling off at Rottnest Island