Hordes of photographers and television crew flocked to Brighton Beach on Monday morning for the traditional post-tournament media opportunity with the men’s champion crowned a night earlier.

A bride and groom chose the picturesque location famous for its bright colourful bathing boxes in the affluent seaside suburb for their wedding photos.

They looked surprised to have their big day gatecrashed by a large scrum of media and tennis fans waiting for the men’s world number one and nine-time tournament winner to arrive. 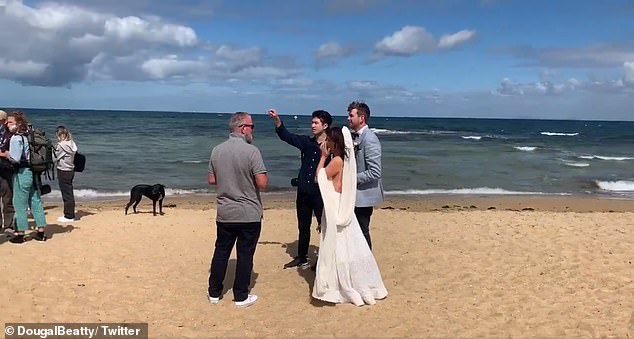 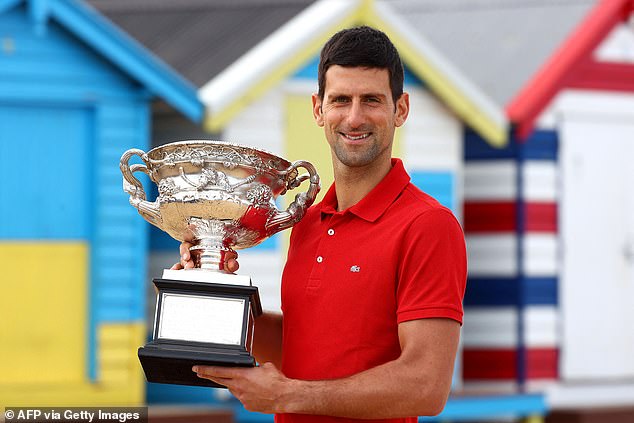 Nine News Melbourne reporter Dougal Beatty shared footage shows a member media contingent explaining the commotion and directing the newlyweds and their photographer, who appear to look disappointed about not having the beach to themselves.

‘Media waiting for Novak to appear at Brighton Beach boxes and a bride and groom are a little miffed at all the attention,’ the reporter tweeted.

It didn’t take long for the footage to go viral online about the unfortunate timing for the newlyweds.

‘What, not enough beach, geez,’ one viewer commented.

Djokovic was all smiles for the cameras the morning after he brushed aside a month of controversy and a painful muscle tear in his abdomen to defeat Russian world number four Daniil Medvedev in straight sets in a one-sided final on Sunday night. 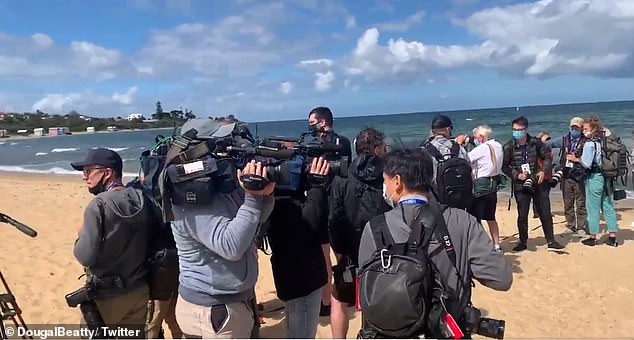 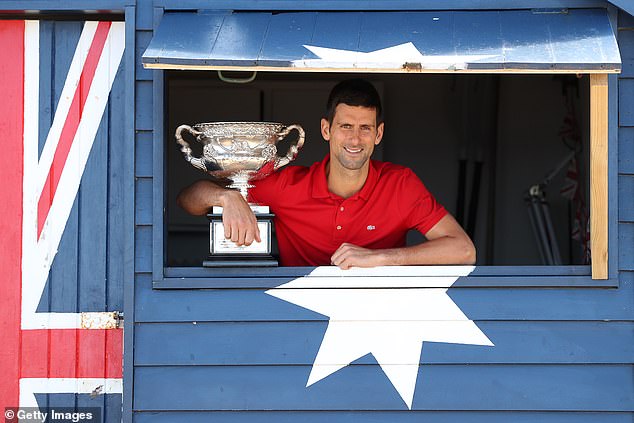 His 18th grand slam title was his ninth at Melbourne Park, where Djokovic hasn’t lost a men’s final that he’s appeared in on Rod Laver Arena.

He held the Norman Brookes Challenge Cup trophy aloft for the media on Monday before happily stopping to pose for photos with the public, even signing the stomach of a pregnant female fan.

Djokovic is now just two grand slams away from drawing level with fellow greats Roger Federer and Rafa Nadal, who currently have 20 each.

‘Roger and Rafa inspire me, and as long as they go, I’ll go,’ Djokovic, 33, told reporters on Sunday night.

‘In a way it’s a race [to see] who plays tennis more and who wins more. It’s a competition between us in all areas. But I think that’s the very reason we are who we are. We do drive each other. We motivate each other — we push each other to the limit.’

Djokovic insists he’s as healthy and hungry as ever.

‘But I know that biologically and realistically things are different than they were 10 years ago for me.

‘I have to be smarter with my schedule and peak at the right time. So the slams are the tournaments where I want to be able to perform my best.’ 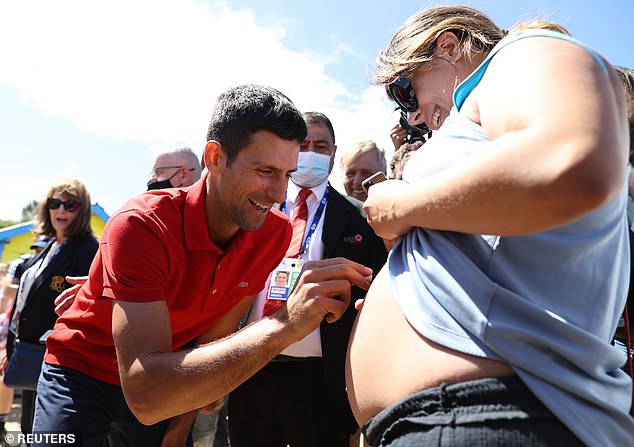