Bizarre designs that are MEANT to look dirty

Most people would feel embarrassed about by their dirty home or wearing clothes covered in stains – but these designers made their work look dirty on purpose.

Shoppers from around the world have been sharing their unusual discoveries after finding bathroom sinks, clothes, and even underwear intentionally adorned with questionable marks.

Bored Panda has collated a gallery of snaps of the bizarre items, including a public sink that looked like it had been smeared with blood.

Meanwhile another snap showed a pair of brand new trousers on sale in a shop designed to look as though they were coated in mud. 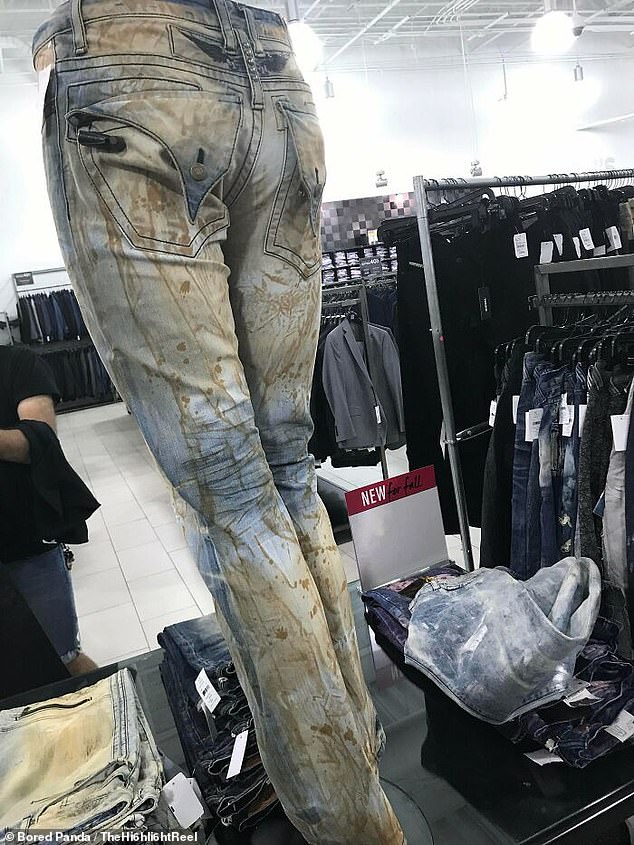 People from all over the world have shared bizarre pictures of items made to look like they are dirty. (pictured: Washed down jeans with rips are very fashionable, but what about these new jeans covered in brown stains?) 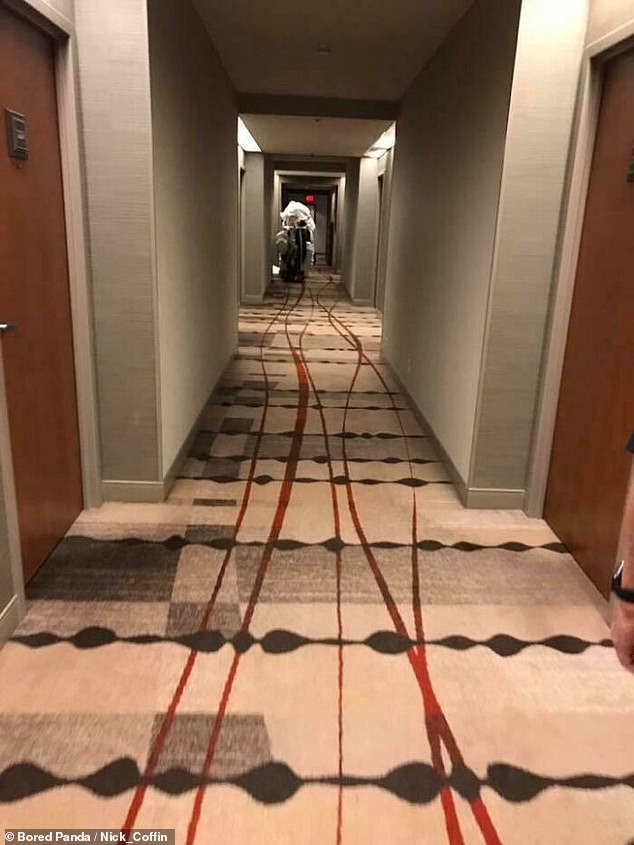 A California man was baffled by this hotel’s choice of carpet, which featured wide red uneven lines spread down the corridor resembling blood 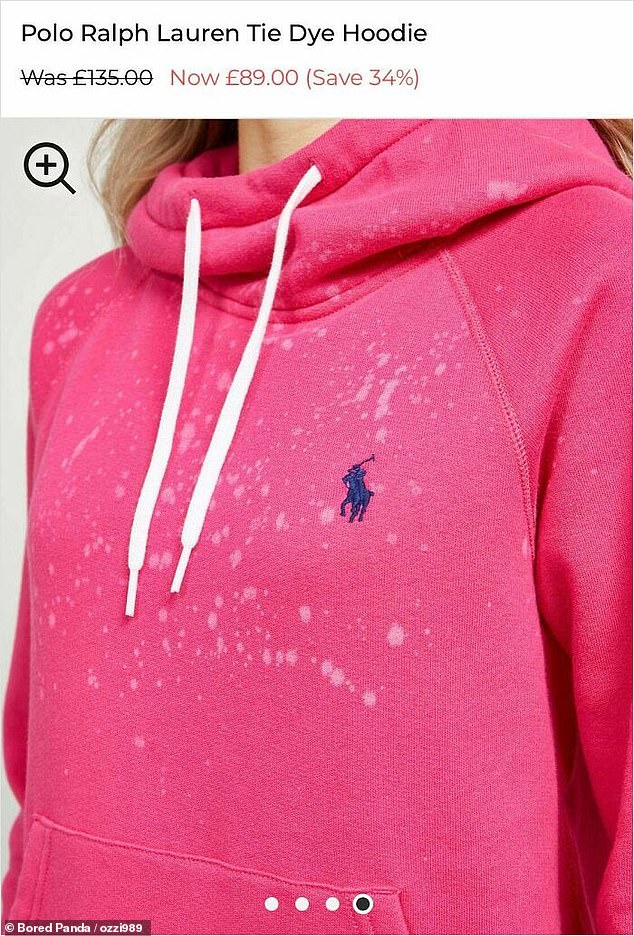 One person, from Canada, made fun of this tie-dye hoodie from Ralph Lauren, which looked like someone had stained the top while brushing their teeth 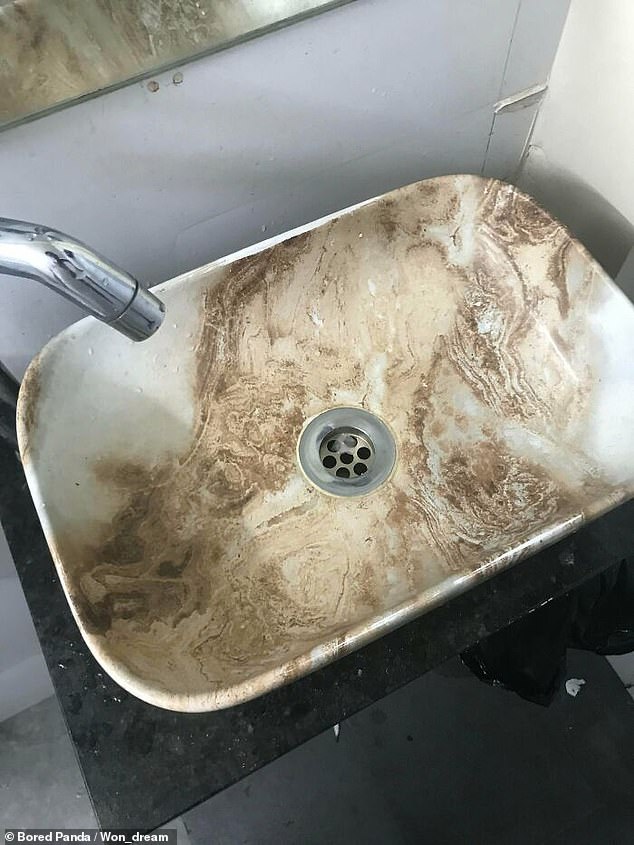 One person, believed to be from the US, shared this sink, which is clean but designed to look like it’s full of mud 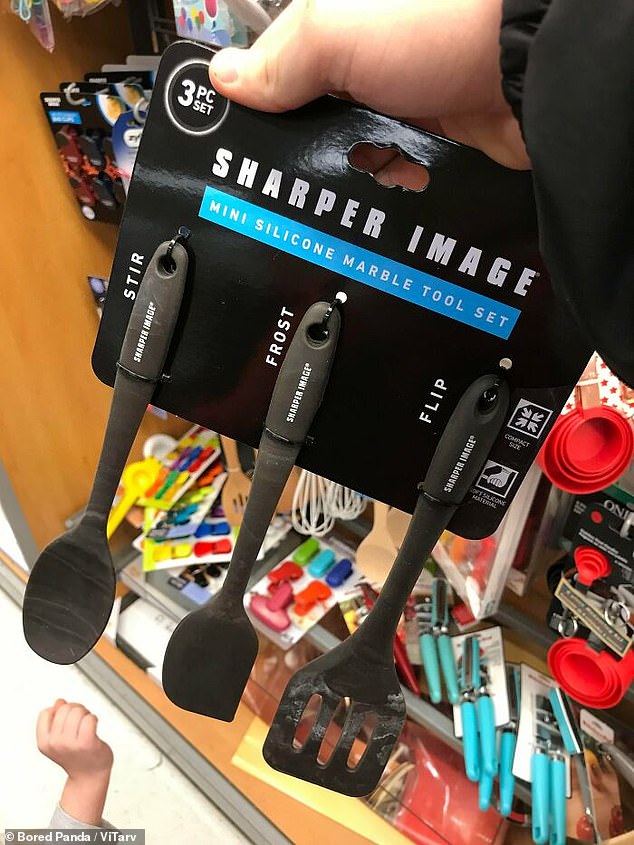 One shopper, from an unknown location, was exasperated by these ‘marble effect’ utensils which actually made the kitchen equipment look dirty 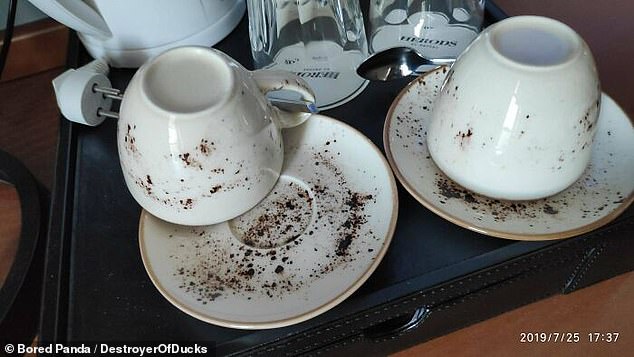 Another man, from Israel, poked fun at these coffee cups and saucers designed to look as if they are covered in ground coffee 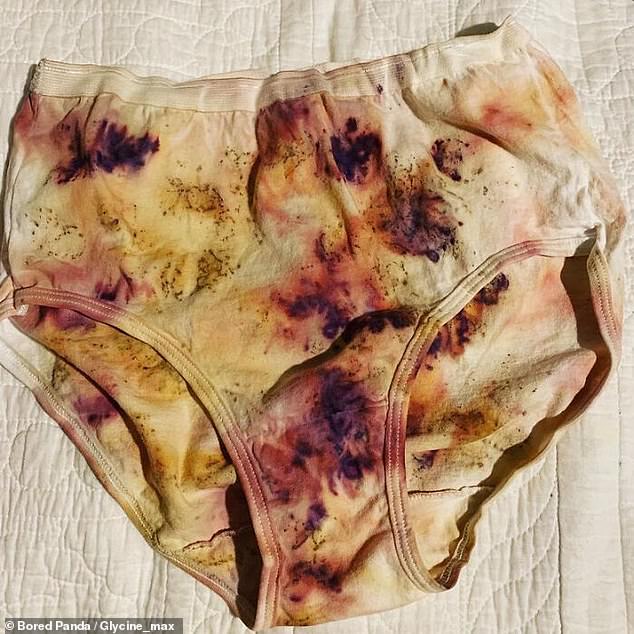 Disgusting! One person from Columbus, Ohio, found this customised pair of underwear decorated with brown, purple and red tie-dye for sale online 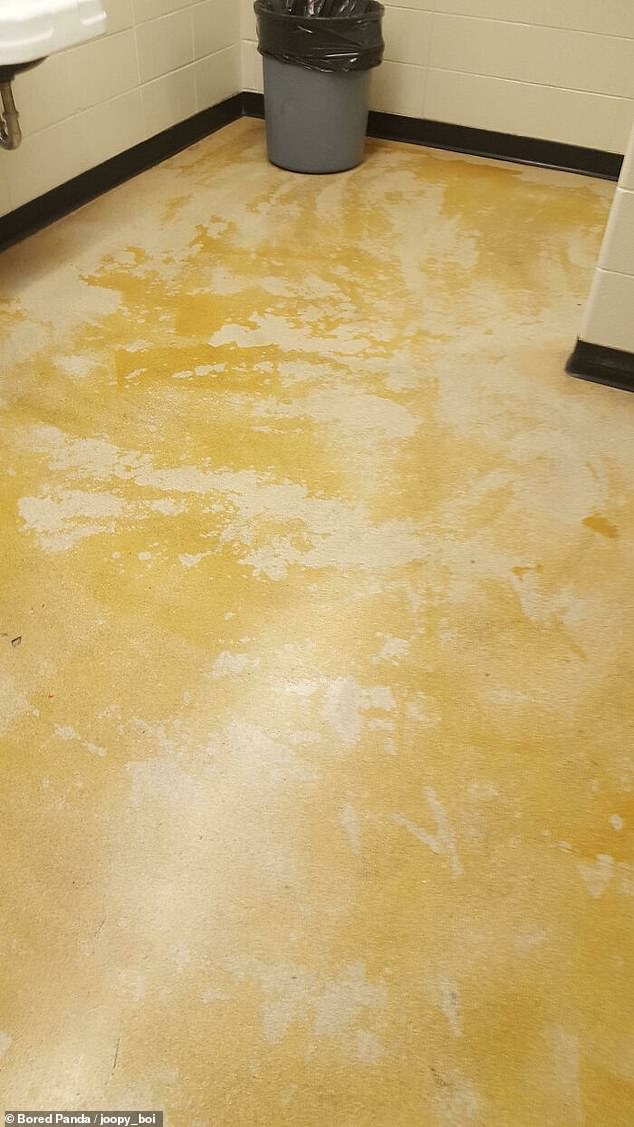 Another person, from the US, spotted this questionable choice of yellow and white flooring in this public bathroom 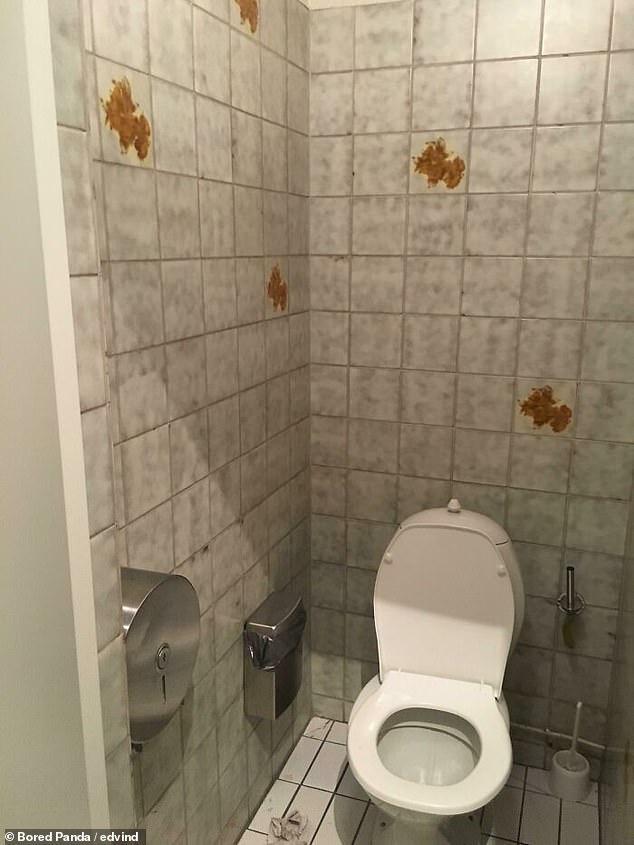 In Sweden, one man confessed he was flabbergasted by the brown abstract drawings picked to decorate the wall tiles of this public bathroom 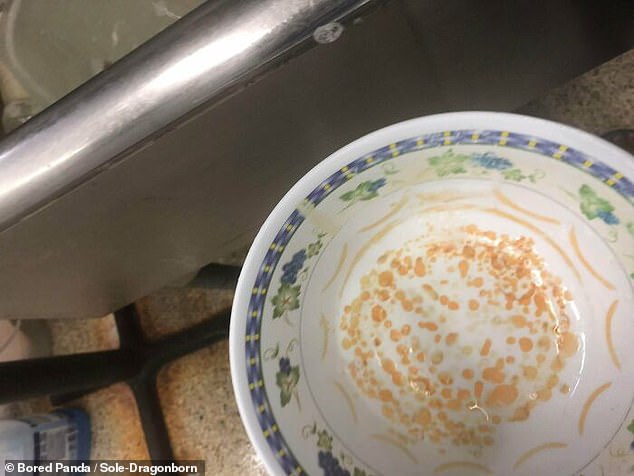 One man from the US was confused by the bottom of this coffee cup, which looked like it was full of stains but was in fact clean 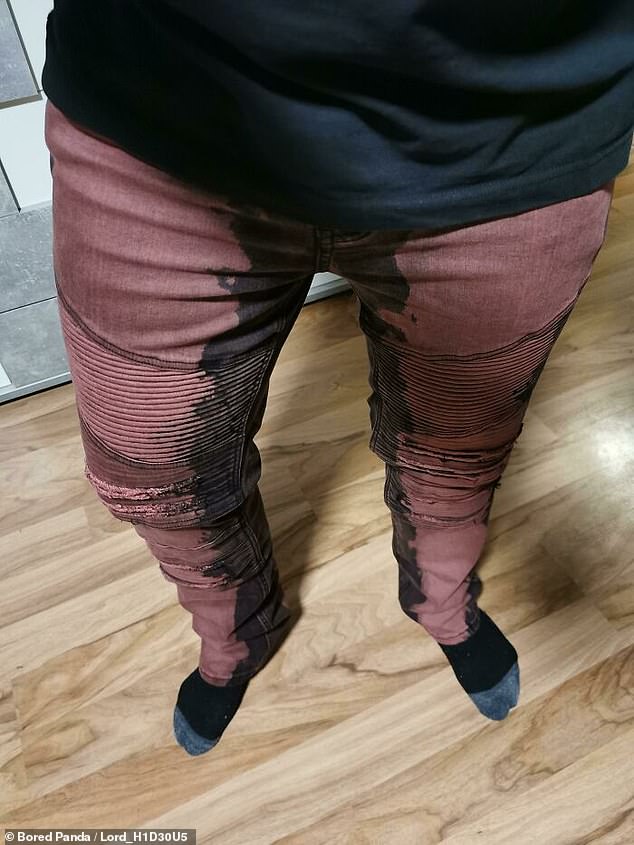 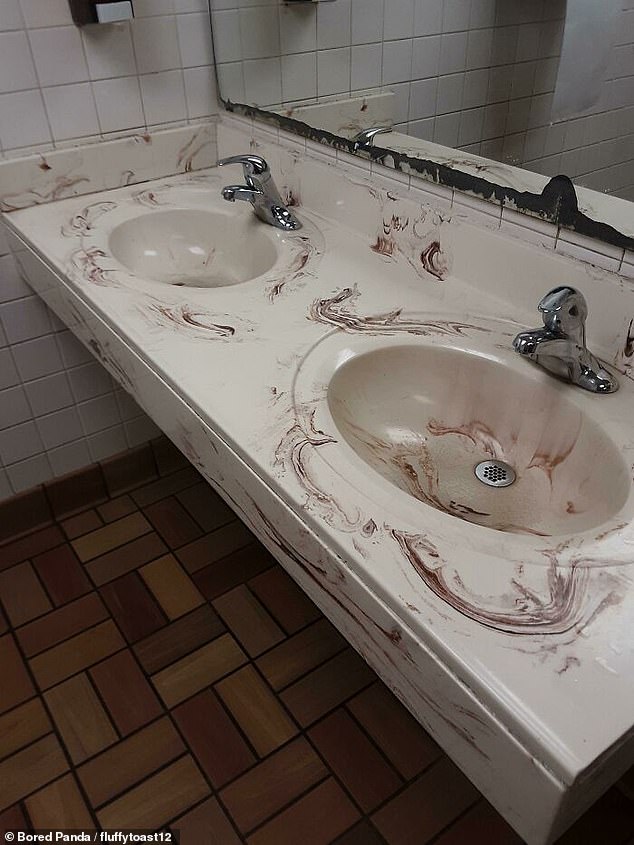 A restaurant patron, from the US, was confused by the sinks smeared with intentional purple strokes that resembled blood in the shared bathroom 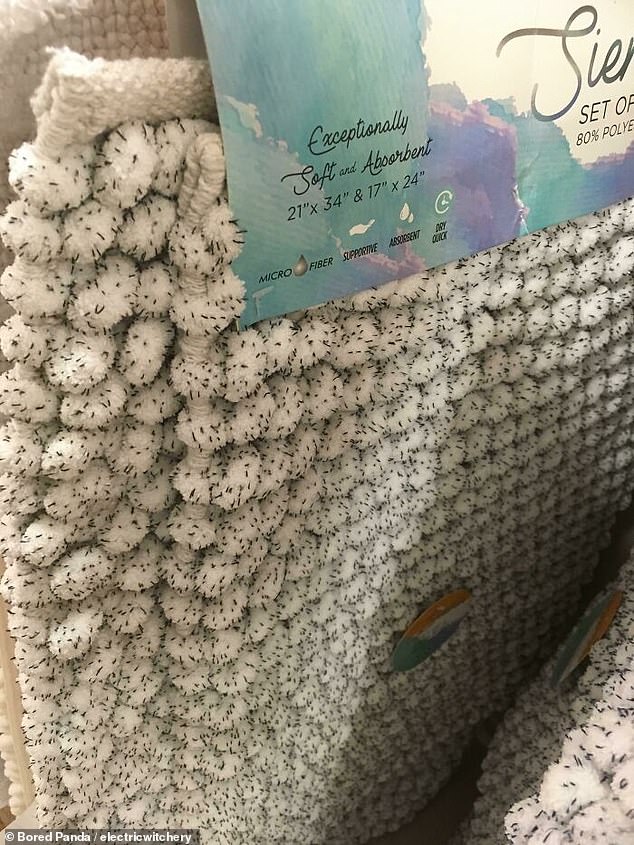 In the US, one person mocked this rug which was designed to look like bits of dust were caught on its white fabric 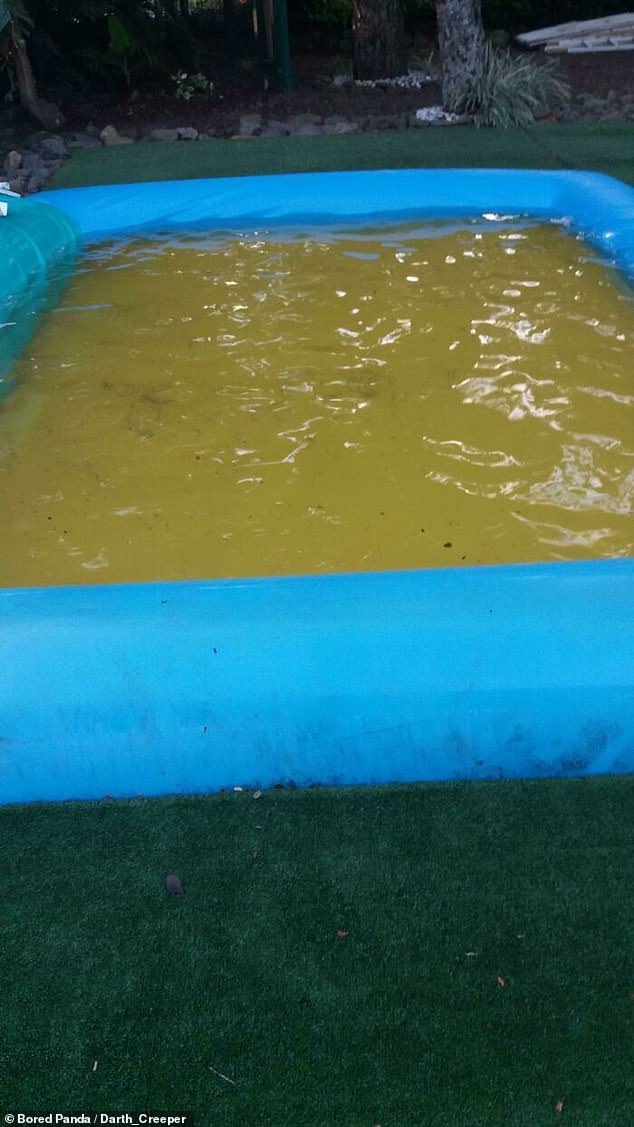 Fancy a dip? Another person, believed to be from the US, shared a picture of this pool which featured a yellow floor, creating an unfortunate optical illusion 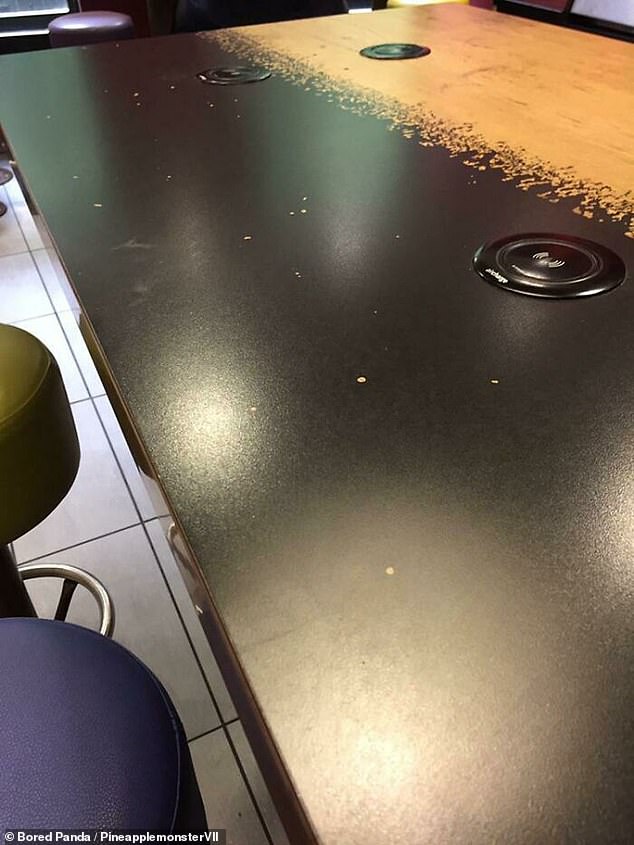 A US-based man was irate by this table, which he said looked like crumbs were on the black surface 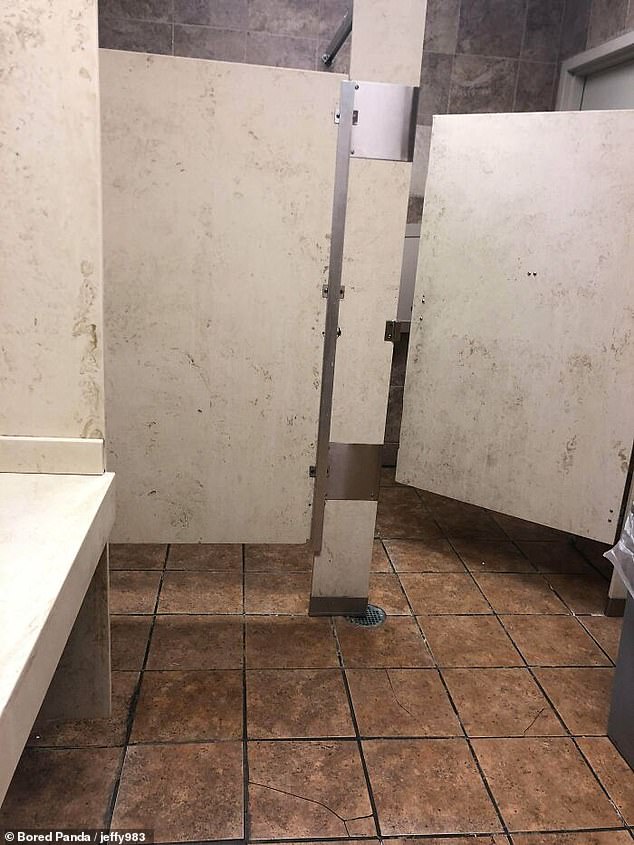 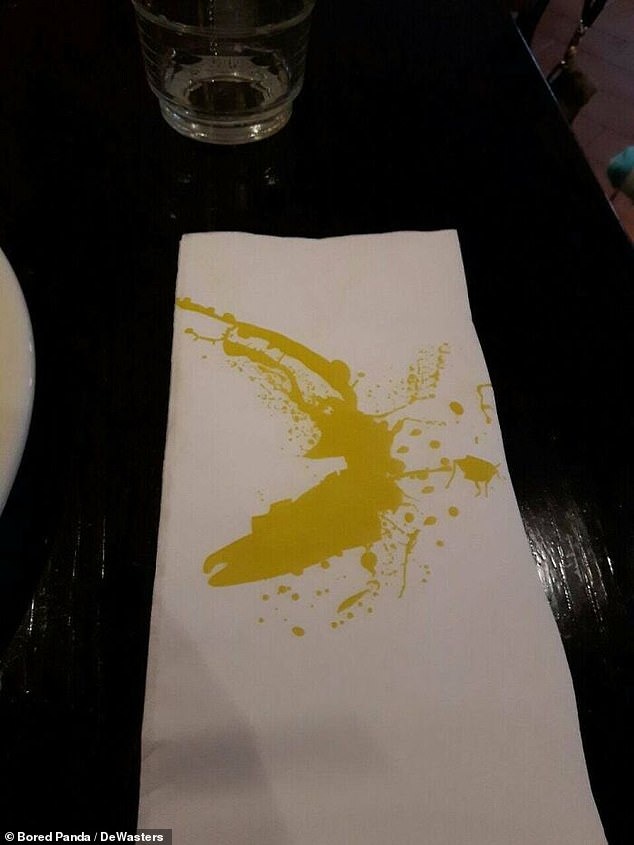