A father-of-three discovered he had terminal brain cancer after suddenly being unable to talk at work, and now has just a couple of months to live.

Brandon Schrader was crossing the road on his lunch break in April last year when he started stuttering and lost control of his hand movements.

After being rushed to hospital in Canberra, doctors found three masses on Mr Schrader’s brain.

The 28-year-old was diagnosed with an aggressive form of brain cancer known as Glioblastoma Multiforme Grade 4.

‘Honestly, having that moment play out in my head is so traumatic. I felt so helpless and confused, it was devastating,’ Mr Schrader’s high school sweetheart Shae Jones wrote on a Go Fund Me.

Mr Schrader underwent an eight-hour surgery but struggled to communicate once he was out of the operating theatre. 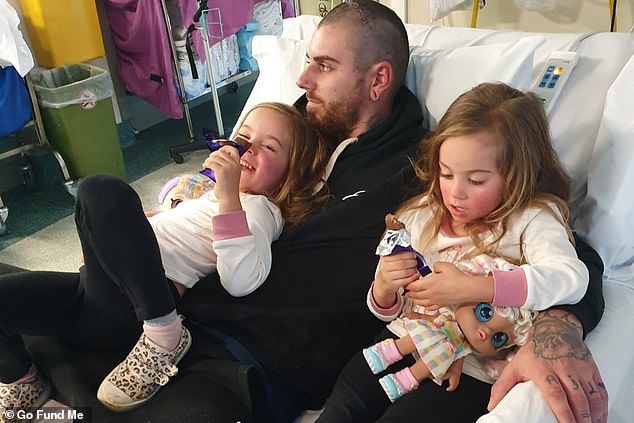 The 28-year-old was diagnosed with an aggressive form of brain cancer known as Glioblastoma Multiforme Grade 4 (GBM4). Pictured with his four-year-old twin daughters 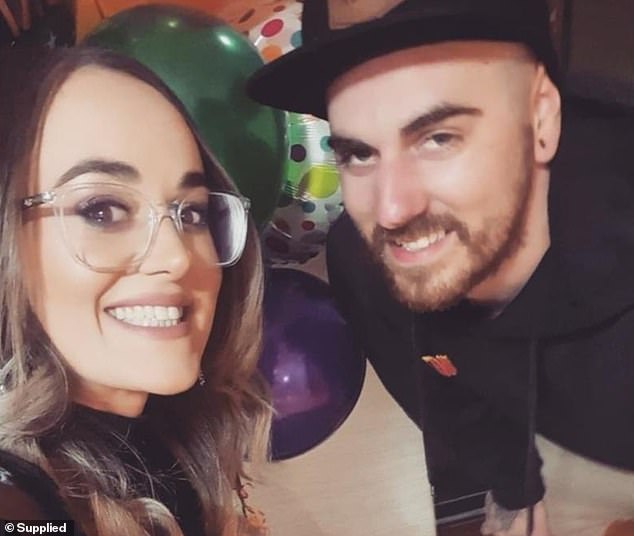 ‘He had obvious cognitive impairments and it took him some time to get back to ‘himself’ and learn basic tasks again,’ Ms Jones said.

‘He did recover in time but never fully returned to his normal self.’

Ms Jones said her partner of 10 years often suffered from headaches and bouts of vomiting, but they didn’t think anything of it.

Doctors gave Mr Schrader the devastating news that he only had about 12 months to live.

‘Our world crashed down around us at that very moment. The heaviness of everything was overwhelming. It was at that moment that we knew our life would never, ever, be the same again,’ Ms Jones said.

Ms Jones was forced to go on unpaid leave to take care of her dying partner, leaving the couple with financial woes. 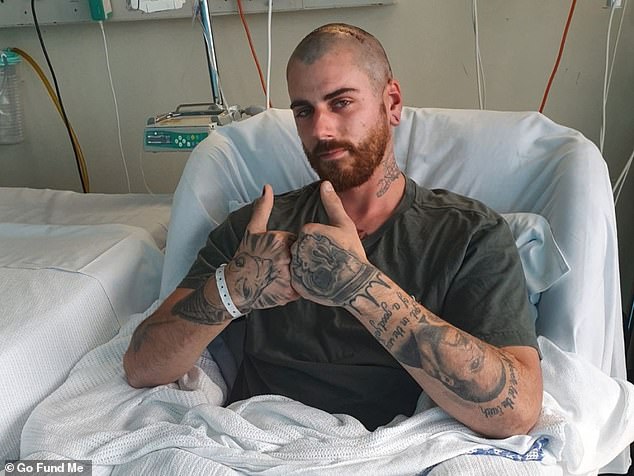 ‘Those next few weeks are a total blur, adjusting to massive amounts of medications for Brandon, his recovery and also organising alternative financial supports. It was rough,’ she said.

‘Each week is a struggle to provide what my family needs with the minimal fortnightly payment we get from Centrelink.’

Mr Schrader went on to undergo brutal rounds of chemotherapy and radiotherapy, before one day his condition took a turn for the worse.

While in the car one day, Mr Schrader had a seizure and suddenly lost all control over the right side of his body.

In yet another blow for the family, doctors discovered Mr Schrader had a new growth of a tumour on the left side of his brain, which caused the terrifying incident in the car. 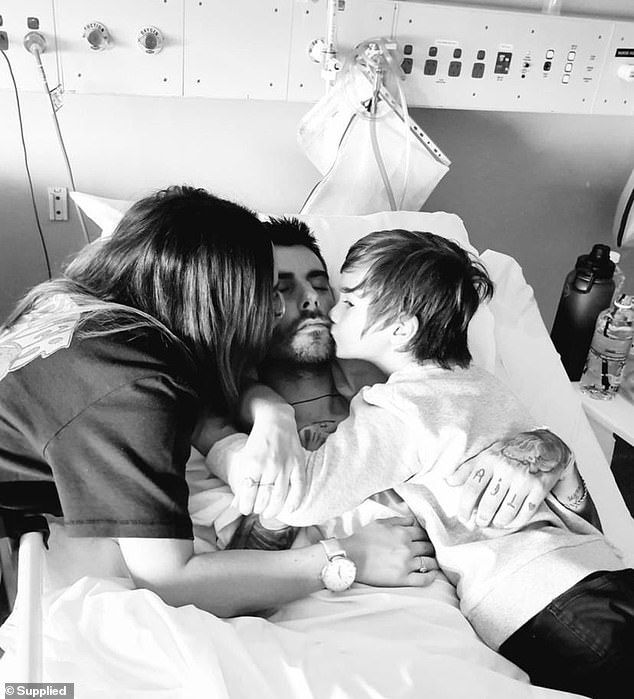 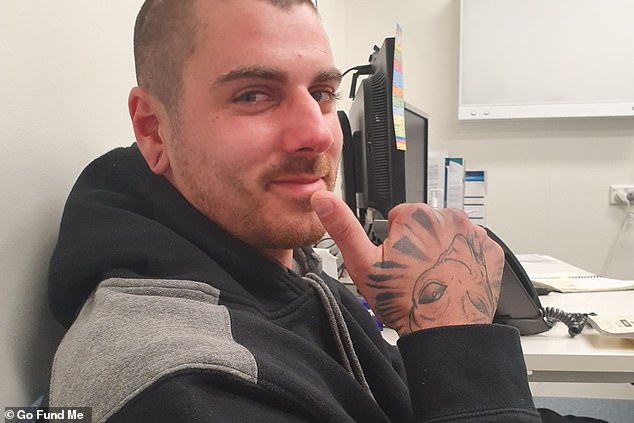 In August doctors removed a flap of Mr Schrader’s brain after he contracted an infection. But the aftermath of the surgery took a toll on the young father.

‘The kids are asking more and more questions now, they can see the changes in him and I am, well, I am just taking each day as it rolls on in,’ Ms Jones said.

‘They’ll say things like, ‘it’s a bit sad that daddy can’t really talk to us anymore’.’

Ms Jones said Mr Schrader’s condition has become progressively worse since October, and often needs to be prompted to speak. 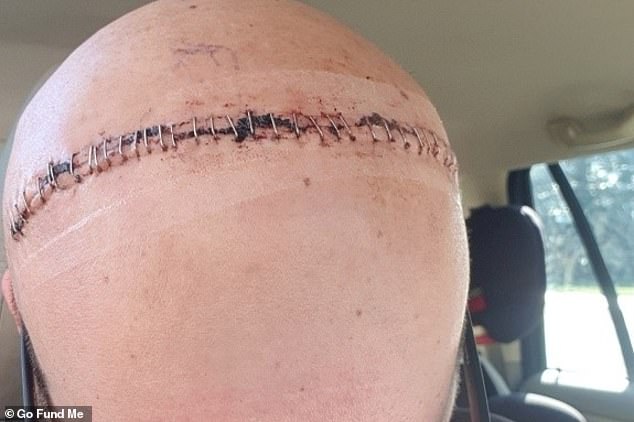 ‘He is losing control of his bladder, with multiple accidents a day, he has no appetite most of the time… significant issues with his eyes and loss of control of balance,’ she said.

‘He often leans to the side or slouched over. He is again losing control of his leg and foot, [as well as] blistering, vomiting and headaches.’

Doctors warned Mr Schrader he will become increasingly drowsy over the next two weeks. He likely has just a couple of months left to live.

‘The decline is traumatising for all involved and so, so cruel,’ Ms Jones said.

‘Thankfully, Brandon has continued to show his dry, sarcastic and witty sense of humour throughout this journey despite how utterly devastating it truly is and that is something we are thankful for.’