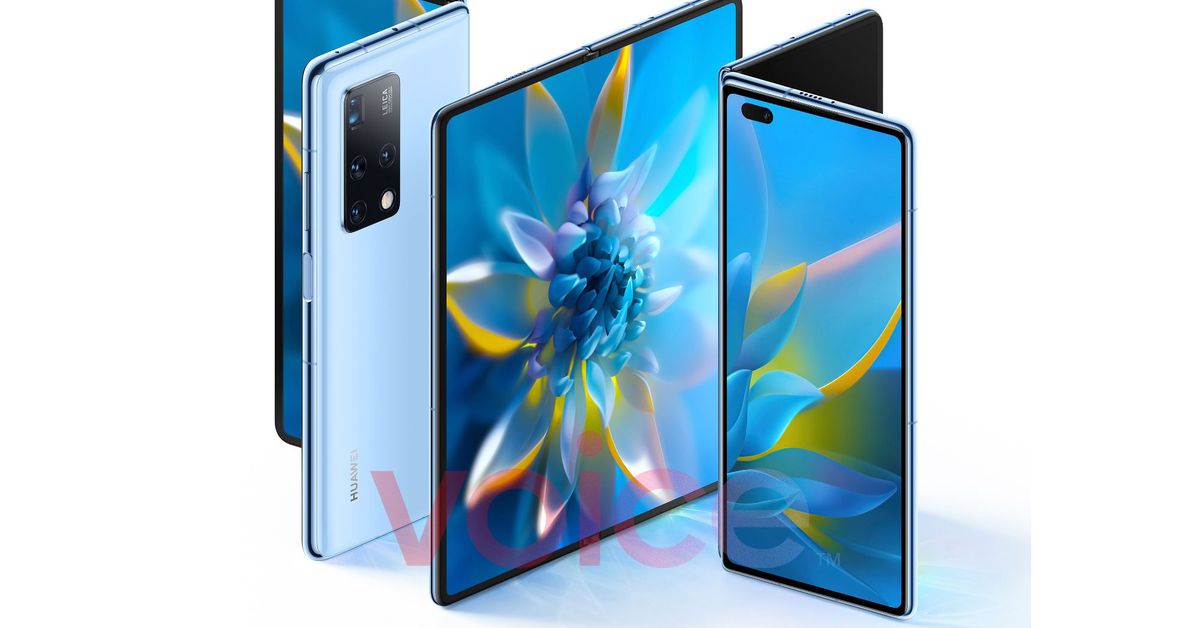 Huawei has announced the Mate X2, its first all-new foldable device since 2019’s Mate X. The new phone has received a radical redesign compared to the original device, with a large screen that unfolds from the inside of the device rather than around the outside. For using the phone while folded, the Huawei Mate X2 has a second screen on its outside, similar to Samsung’s approach with the Galaxy Fold series. Images of the phone were leaked ahead of its official announcement by Evan Blass on Voice. The Mate X2 launch event has only just kicked off in China.

This being a Huawei device, the Mate X2 will launch without support for Google’s apps or services, which is likely to limit its appeal outside of China. Internally, the phone is powered by the company’s flagship Kirin 9000 chip, the processor that debuted in its Mate 40 Pro last year.

The Mate X2’s design is similar to what we saw on last year’s Samsung Galaxy Z Fold 2. The foldable phone with a 7.6-inch foldable display on its inside, paired with a narrow 6.2-inch display on its outside.