Richmond Tigers captain Trent Cotchin has spoken publicly for the first time since his coach  Damien Hardwick’s shock split from his wife after an Instagram post ignited talk of a rift between player and coach.

Cotchin was forced to address the issue on Monday after being quizzed by reporters following revelations on social media Hardwick’s estranged wife Danielle had spent Christmas with the skipper’s young family in the wake of the separation.

The premiership-winning captain denied he and wife Brooke were taking sides and revealed what Hardwick had told the playing group about his marriage break-up.

‘There is definitely no side-taking. Dimma (Hardwick) spoke last week saying he highly encourages everyone to support Danielle,’ Cotchin said.

‘I think what Dimma and I have worked through over a number of years now is really unique and special and like anything we will support both he and Danielle and the kids through this. 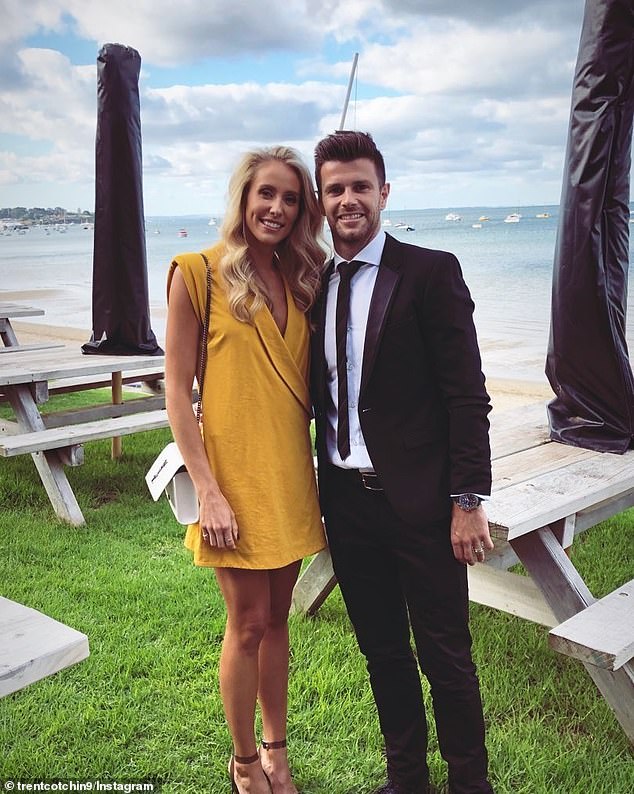 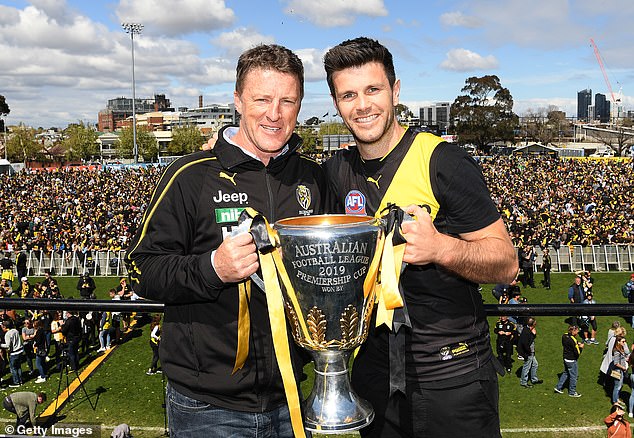 ‘No one likes seeing a family break down in any sort of way so it’s been a challenging time for all but it’s a private matter I would love to leave alone.’

Cotchin’s wife had posted a photo on Instagram at Christmas where she revealed how they had spent time with Hardwick’s estranged wife and referred to Danielle and her children as their ‘second family’.

The two women are close friends, highlighted by another Instagram post on Brooke’s account of a picture of Danielle with the Cotchin’s youngest child, which was captioned ‘Strength, courage, dignity’.

‘Like everyone she will support her friends,’ Cotchin said.

‘It’s not about taking sides. It’s just about being there for each and every person who’s impacted by this in different ways.’

Hardwick last week opened up for the first time about his marriage split and how Tigers players reacted to the bombshell news.

The three-time premiership coach rocked the sporting world in December with the news that he had separated from wife and the mother of his three children Danielle, whom he often referred to in the media as ‘Mrs Hardwick’.

Hardwick understood to be in a new relationship with Tigers sales representative Alexandra Crow, which is believed to have started during the club’s quarantine bubble in Queensland during the 2020 season. 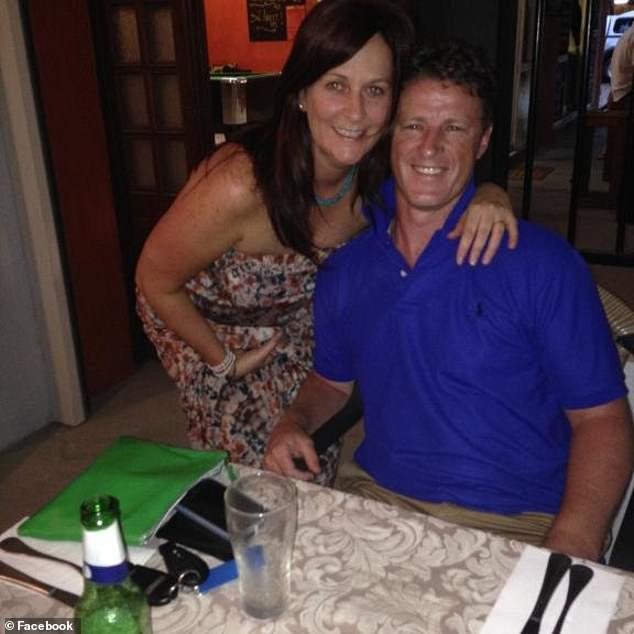 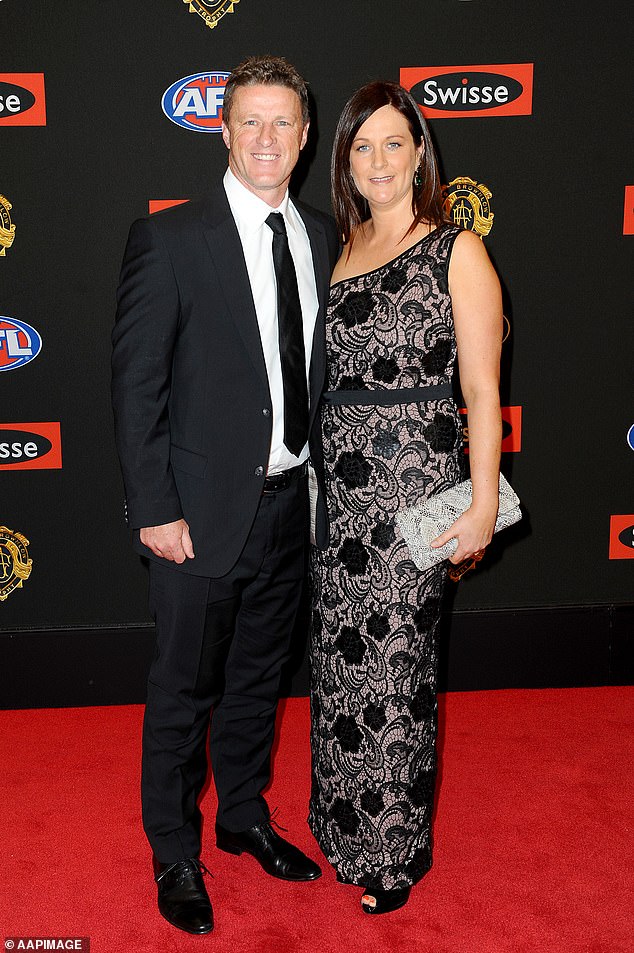 Earlier this month Hardwick publicly addressed his shock marriage split with wife Danielle for the first time. They’re pictured in happier times at the 2014 Brownlow Medal

He was forced to publicly discuss his marriage split for the first time when he was grilled about the matter on Melbourne breakfast radio.

He was reluctant to go into too much personal detail but admitted the separation hadn’t been easy for those involved.

‘These things happen in all walks of life and they’re not easy on anyone, but all we ask is for the respect for both myself and Danielle so we can move forward,’ Hardwick said.

‘I’m very much of the opinion that people’s private lives should be just that, private. I know sections of the media won’t treat it that way, but that’s how I’m treating it first and foremost.

‘Danielle and I’s priority is our three beautiful kids… to finish the topic off really, it’s been a difficult time for everyone and out of respect it’s something I’m not comfortable speaking about.’

Hardwick addressed the matter with Tigers players on the first day of pre-season training so it wouldn’t become a distraction or affect his relationship with the team in lead up to the first round in March. 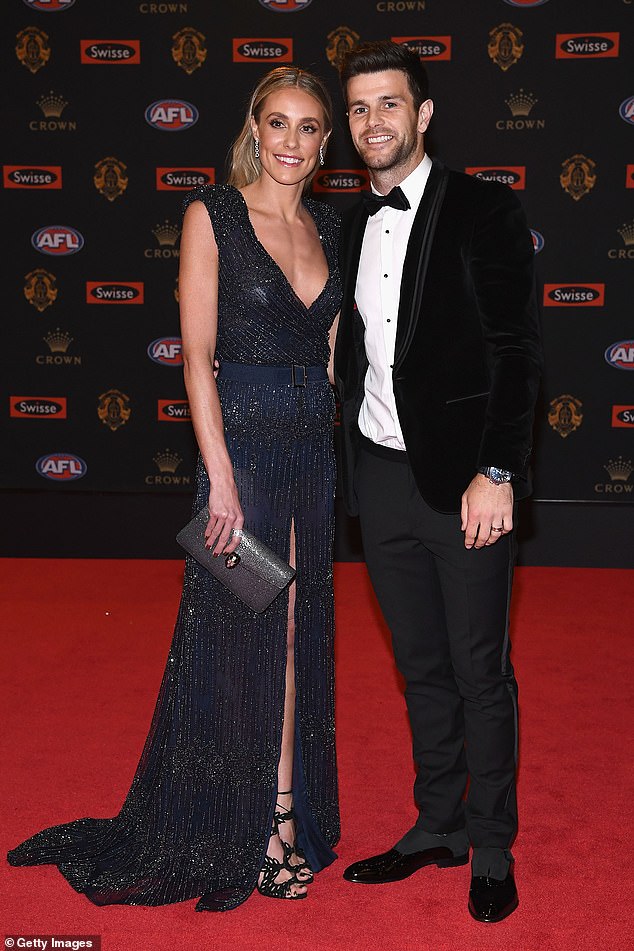 He admitted it was an ‘open and honest’ discussion as the Tigers strive for their third AFL premiership in a row, and fourth in five seasons.

‘The reality was the first day back I had to speak to the players about it. That’s something we do at the club and it’s important we did so to get on with the business of preparing for round one,’ Hardwick said.

‘We just finished a terrific pre-season camp, we always speak about things that are distractions in our lives and distractions and the demise of great teams, that’s the reality of competition.

‘Sides will always continually deal with those distractions, but it’s the side that deals with them the best that comes out on top and we’re now fully focused on preparing for round one.’

‘My players are understanding of my situation and where we’re at, but what I’ve also got to understand is there’s a lot of staff and players that are incredibly close to Danielle and my family.

‘The fact of the matter is my entire family has been a massive part and will continue to be a massive part of the Richmond Football Club and I’m glad they’re supporting her (Danielle). 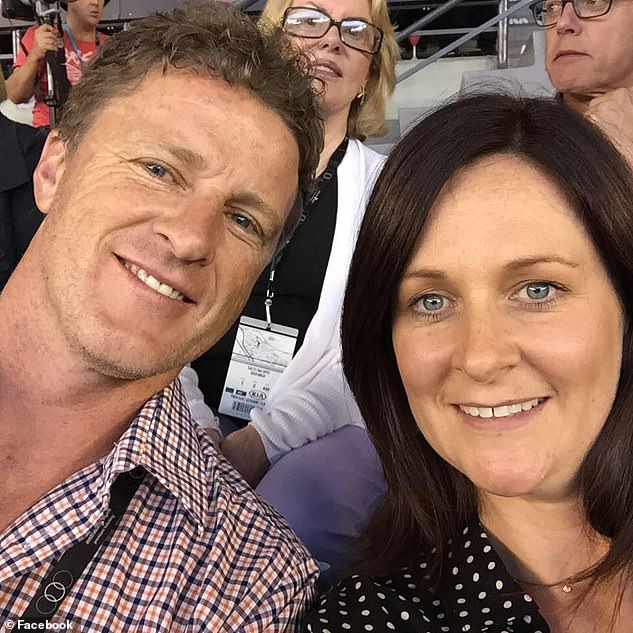 Hardwick (left) says his whole family will remain to be a massive part of the Richmond Tigers club, including estranged wife Danielle (right) 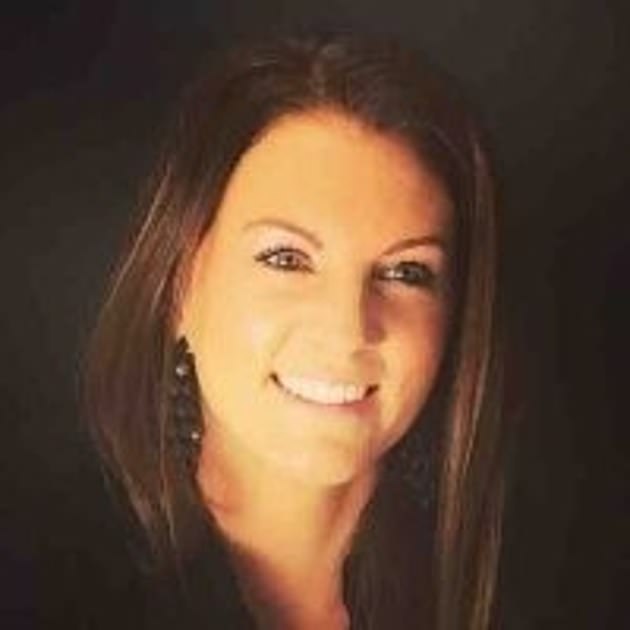 Alexandra Crow (pictured) has been named as the woman Tigers coach Damien Hardwick is now in a relationship with.

‘This isn’t about taking sides, it’s just about making sure what’s best for everyone.’

‘It was important that the first time they saw me, I spoke about it openly and honestly. That was the reality of the situation and until I did that we couldn’t really move forward.’

He gave an emphatic ‘no’ when asked of the matter was addressed with his players while holed up in their Queensland hub in lead up to their grand final win in October.

Hardwick bluntly shut down further questions about his personal life five minutes into the interview and steered the conversation towards less private matters.

‘This is something this personal, I think I’ve dealt with enough questions. I’m here to talk about the footy so let’s get moving,’ he said.

‘The media has a job to do and that’s part and parcel of what we’ve got to do and I understand that but you’ve got to understand my personal life is just that.

‘I’m a football coach first and foremost and that’s what I’m here to speak about.’