Karlie Kloss has revealed she is a Democrat and will vote against Donald Trump in 2020 as she addressed her political views during an appearance Thursday on Bravo’s Watch What Happens Live.

The 27-year-old model, who is married to Joshua Kushner, publicly took a stand after being asked by a viewer how she felt about a Project Runway contestant recently calling her out for her ties to the Trump family.

A Project Runway judge two weeks ago told designer Tyler Neasloney, 29, that he couldn’t see Karlie wearing his dress anywhere, and Tyler fired back, ‘Not even to dinner with the Kushners?’ 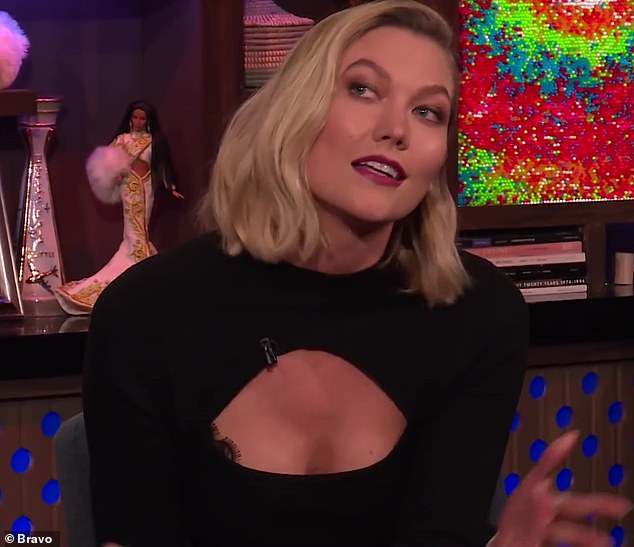 Talking politics: Karlie Kloss made her politics clear during an appearance Thursday on Bravo’s Watch What Happens Live and said she would be voting Democrat in 2020

Karlie, who has been a longtime passionate activist for women’s reproductive rights, was put on the spot as it was clear that her views differ from those of her Republican in-laws.

‘I was honored to be one of the first memes of the decade,’ she told host Andy Cohen, 51. ‘But honestly, the real tragedy of this whole thing is that no one is talking about how terrible that dress was. That’s why he went home. And no, I would not wear that dress to any dinner.’

Andy probed further, asking Karlie if she was on the same page with her family politically. 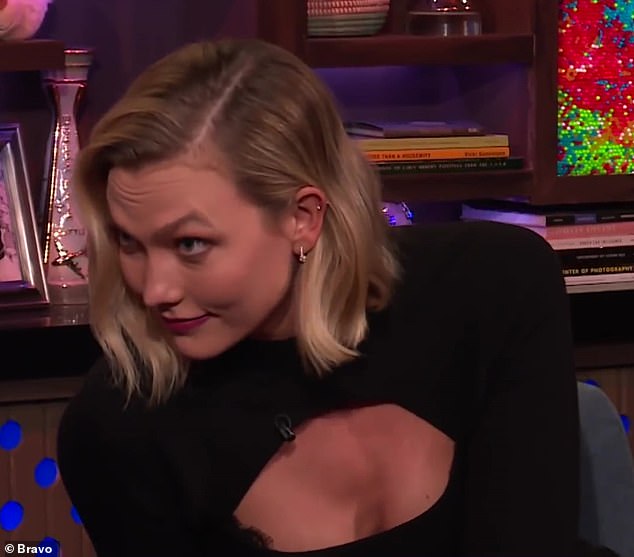 Different pages: The 27-year-old model told host Andy Cohen that she did not agree with her family on politics 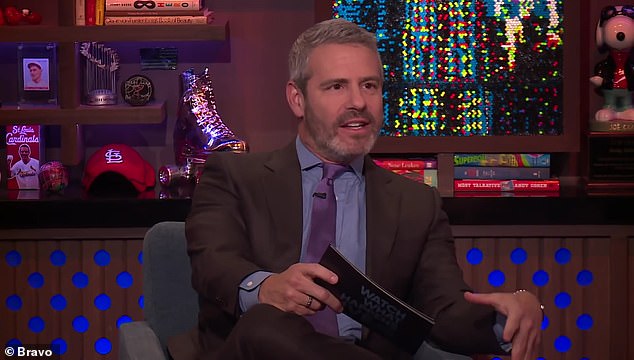 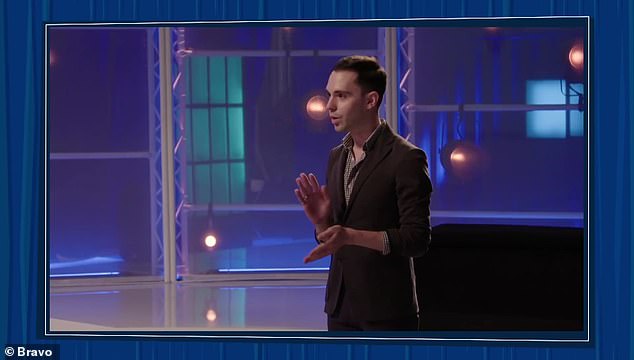 Show contestant: Tyler Neasloney, 29, after being told by a judge that he couldn’t see Karlie wearing his dress anywhere, fired back, ‘Not even to dinner with the Kushners?’ 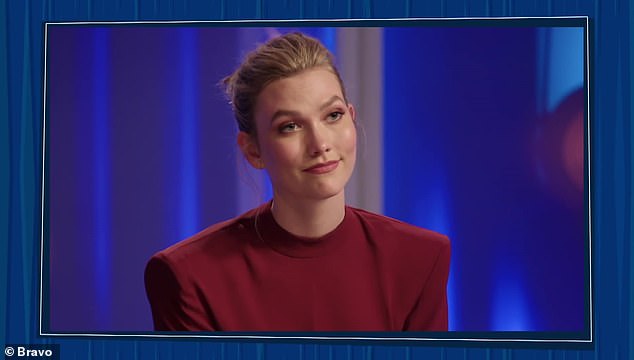 Terrible dress: Karlie wasn’t impressed with the dress and said she wouldn’t wear it anywhere

‘Andy, I’m sure I’m not the only person in this country who does not necessarily agree with their family on politics,’ Karlie calmly stated. ‘I voted as a Democrat in 2016, and I plan to do the same in 2020.’

The model, who’d been on the cover of Vogue 40 times, explained her Kushner connection. 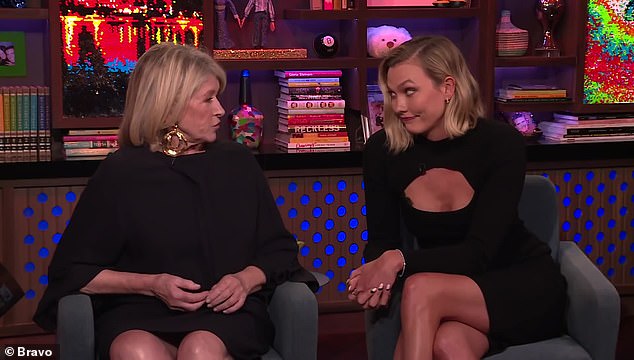 The guests: Martha Stewart also was a guest in the Bravo clubhouse and supported Karlie

‘I met my man in 2012. I was 19 years old,’ she said, referring to Joshua Kushner, 34. ‘My man and I have been through a lot together, and I’m so proud that he’s my partner. It’s not been easy, but it’s worth it, and I would make that same decision a million times again.’

Asked what she did wear to dinner with the Kushners, Karlie admitted she was ‘very casual,’ and wore her gym clothes everywhere. 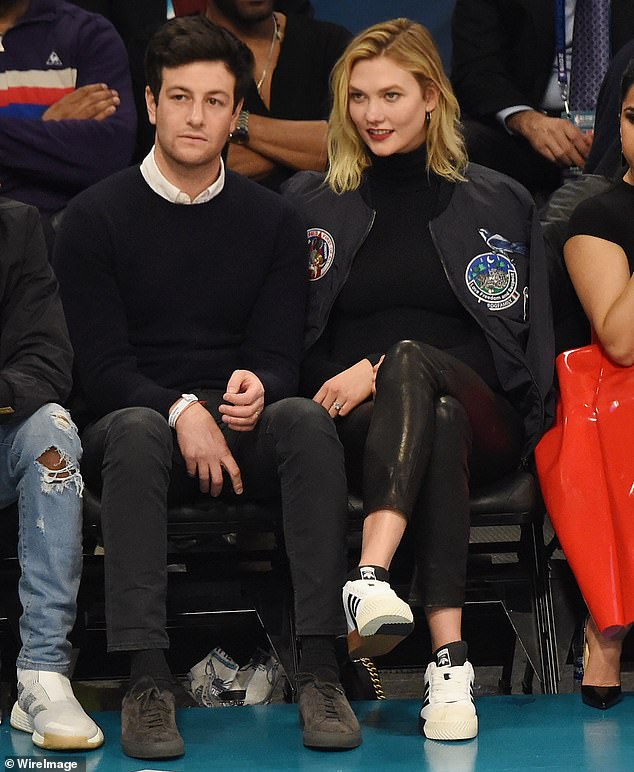 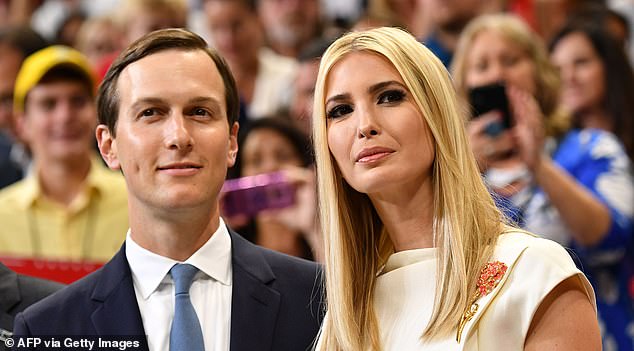 The in-laws: Jared Kushner is shown with wife Ivanka Trump in June 2019 at a Trump 2020 campaign rally in Orlando, Florida

The $75 specialty item, called This Smells Like My Vagina, sold out after its release on Goop.com last weekend, and was described as having a ‘beautifully unexpected scent.’

Martha was not impressed by either the product, or Gwyneth, 47, who she’s been throwing shade at ever since the Goop founder launched her lifestyle brand.

When Andy told Martha the candle sold out, she jabbed. 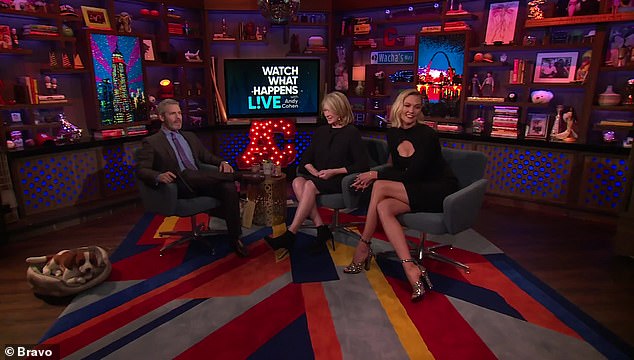 ‘I’m sure it sold out,’ she snarked. ‘She does that kind of irritating… she’s trying to zhuzh up the public to listen to her. And that’s great. Let her do her thing. I wouldn’t buy that candle.’

‘What does it say about America that the candle is now sold out?’ Andy queried. 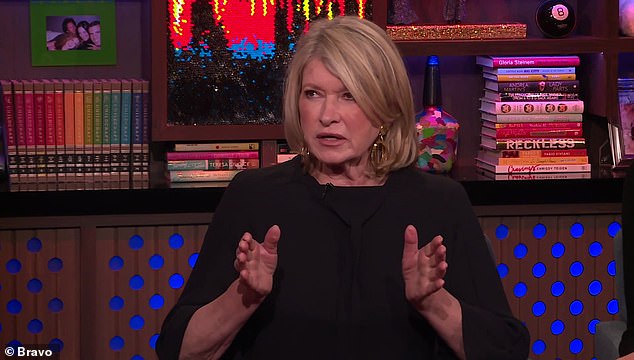 Kind of irritating: The TV personality said that Gwyneth does ‘irritating’ things to promote Goop

Martha was on the show to plug her new book, Martha Stewart’s Organizing.

A caller asked her whether it was true that she didn’t know who HGTV designers Chip Gaines, 45, and Joanna Gaines, 41, were when she met them at the 2019 TIME Gala.

‘No, it is not true, and Chip made a big story about it,’ Martha said frostily, pointing out that they share a publisher, so of course she knew. ‘I knew exactly who they are… and I admire them, I admire what they’ve done. I was kind of taken aback that he made up that story.’ 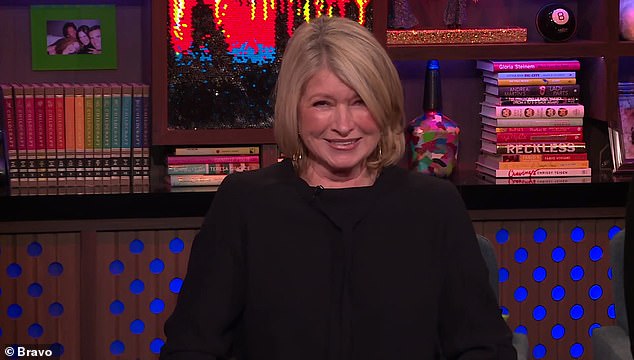 False story: Martha also denied that she didn’t know who HGTV designers Chip Gaines, 45, and Joanna Gaines, 41, were when she met them at the 2019 TIME Gala

Martha also made news last November when she posted a photo of herself in bed with singer Tina Turner, 80, the guest of honor at a friend’s party.

The bed was so comfortable, Tina ‘didn’t want to get out and come to the dinner party we were throwing for her,’ she said archly. ‘The guests were arriving and she was still in bed.’

Tina spent the night, Martha added, and the two of them discussed her new show on Broadway. 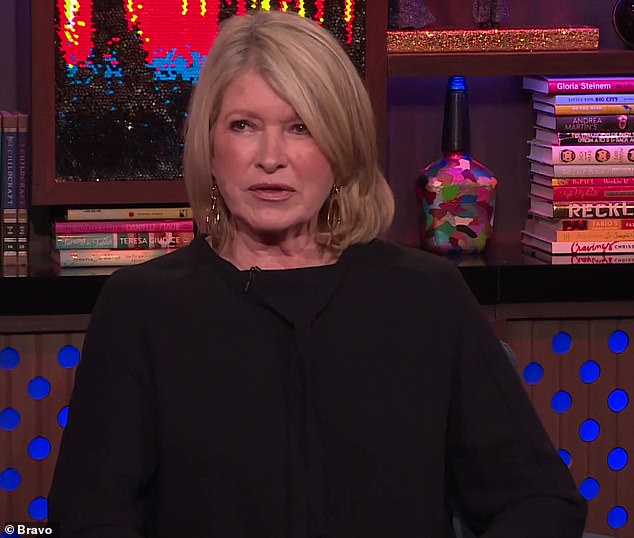 Music legend: The author also discussed making news last November when she posted a photo of herself in bed with singer Tina Turner, 80, the guest of honor at a friend’s party

Asked if there was any cuddling, Martha said, ‘Well, yeah, we’re friends.’

In her last question, Martha was asked by a viewer whether she really had naked swimming parties, as had once been rumored.

‘Saving that for my autobiography,’ she cracked.

The half-hour episode opened with Project Runway season 18 contestants Geoffrey Mac, 42, and Shavi Lewis, 33, behind the WWHL bar. Shavi admitted he’d been surprised by his elimination on Thursday’s episode of the Bravo show. 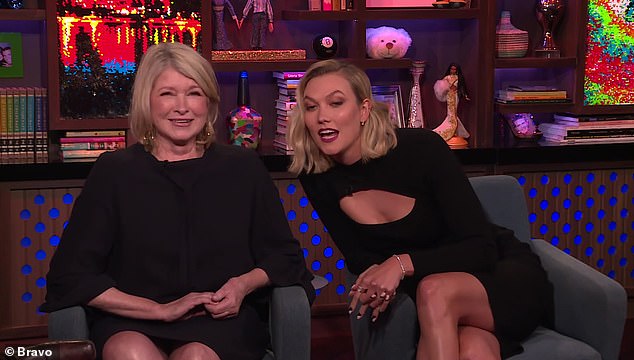 Birthday buddies: Martha and Karlie who both share an August 3rd birthday wore all-black for their visit to the Bravo clubhouse