It’s a case of David versus Goliath on Saturday evening when runaway Premier League leaders Liverpool travel to bottom of the table Norwich City at Carrow Road.

The contrast between the two clubs couldn’t be any more different as Liverpool look set to win their first league title in 30 years, while Norwich are trying to prevent dropping down to the second tier again after just one season back in the top.

A whopping 55 points separates the two teams and the adage that the league table doesn’t lie certainly applies here. 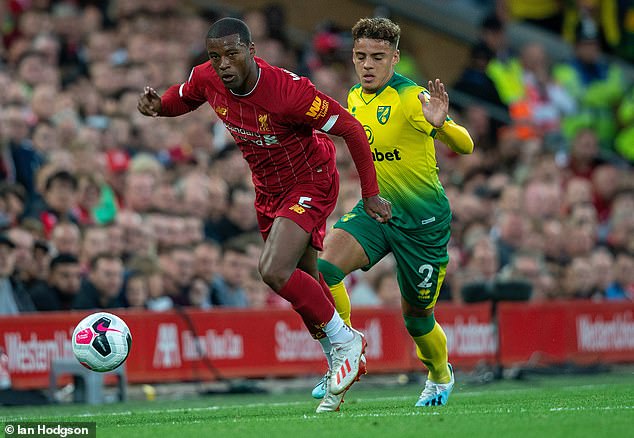 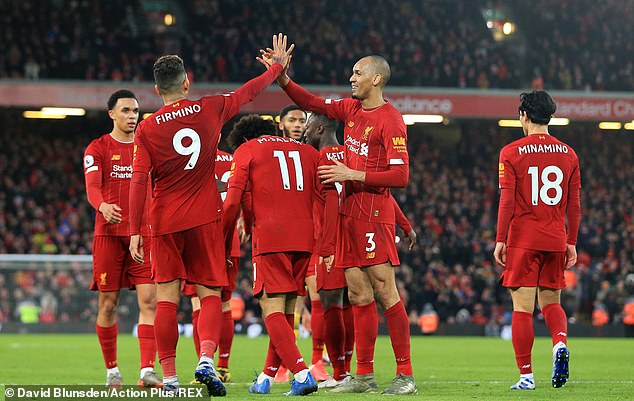 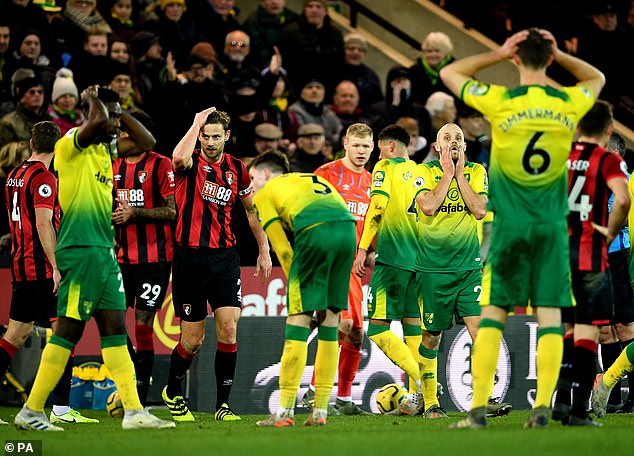 Meanwhile, Norwich are rooted to the bottom of the table and are 55 points behind Liverpool

Saturday’s hosts have won just four of their 25 Premier League matches so far this season – a win ratio of 16 per cent. Unsurprisingly this is the lowest win rate in the top flight with the next-worst being 19th-placed Watford who have won five of their 26 matches (a 19 per cent win ratio).

Furthermore, Daniel Farke’s side have drawn six and lost their other 15 games – the latter statistic being a league-worst, unsurprisingly again.

Defeat is something that is not in Liverpool’s vocabulary in the Premier League this season. Jurgen Klopp’s men are on an unprecedented tear which sees them on course to smash the record for the most points in a single campaign (currently held by Manchester City with 100 points during the 2017-18 term).

The Reds have won 24 of their 25 matches – a staggering win ratio of 96 per cent. Their only ‘blip’ was a 1-1 draw at bitter rivals Manchester United in October.

All odds are pointing to the Merseysiders extending their league record to 25 wins out of 26 and it’s not hard to see why. Going back further, Liverpool have won 33 of their last 34 Premier League games, having won their last 16 in a row, and keeping a clean sheet in nine of their last 10. The Reds have won as many points in 2020 as Norwich have all season so far (18). 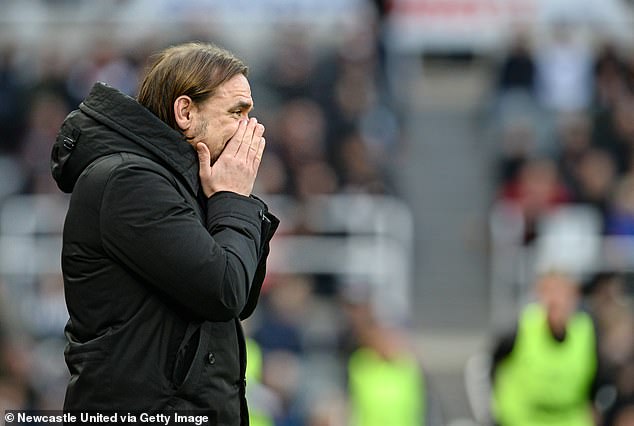 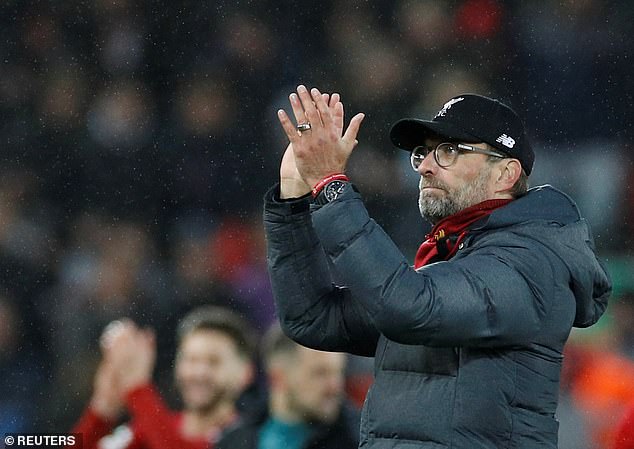 In contrast, Jurgen Klopp’s all-conquering Liverpool side boast a 96 per cent win record

The Anfield outfit are averaging 2.92 points per game this term compared to Norwich’s 0.72. An obvious reason for this is the difference in star quality and squad depth between the two.

After a bright start to the campaign, Norwich’s main man Teemu Pukki has struggled – a microcosm of the Canaries’ form itself.

Pukki (11 goals) and, to a lesser extent, Todd Cantwell (six) are Norwich’s only real sources of a goal threat. They are the only two players from Farke’s squad to have scored more than once in the Premier League – accounting for 71 per cent of their league goals this season (they have 24 overall as a team). If they don’t score then neither do the Canaries.

The triumvirate of Mohamed Salah, Roberto Firmino and Sadio Mane are the best attack in the world at the moment. Between them they have a combined 33 goals in the Premier League this season (Salah – 14, Mane – 11 and Firmino – eight). That tally accounts for 55 per cent for Klopp’s side (they have scored 60 goals this season). 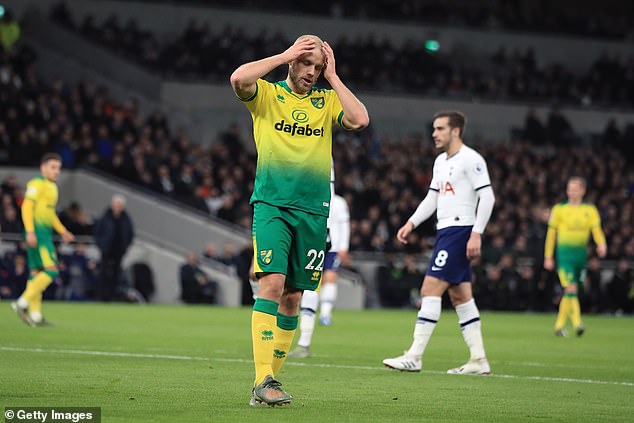 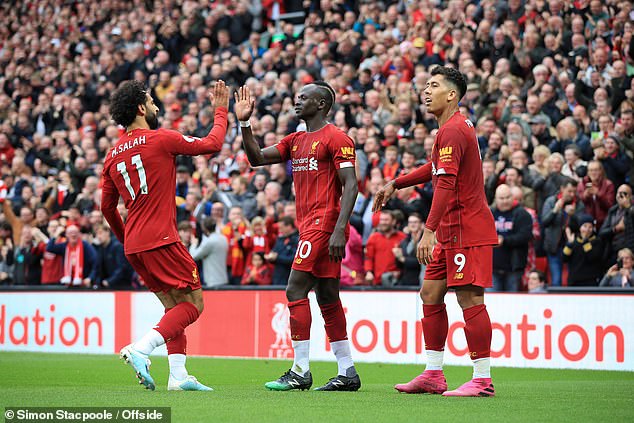 Delving further into the attacking stats the gulf in clinical ability between the two teams is evident. Norwich have had 301 shots in the Premier League but have converted just eight per cent of their efforts. Meanwhile, Liverpool have had 389 shots and converted 15.4 per cent – a rate that is almost double of their opponents.

In possession of the ball there isn’t a lot of difference between the two in terms of passing accuracy with Liverpool having 83.8 per cent, compared to Norwich’s 80.8 per cent. There’s only a three per cent difference but the caveat must be noted that Liverpool have played more successful passes than Norwich (12,840 to 9,396) and average more possession in games (61.9 per cent to 50.3 per cent).

Another indicator of the difference between the two is defensively. Norwich have conceded more than three times as many goals (47) in the Premier League as Liverpool have (15). The Canaries have also faced 383 shots on goal so far – 141 more than the Reds (242 shots faced). 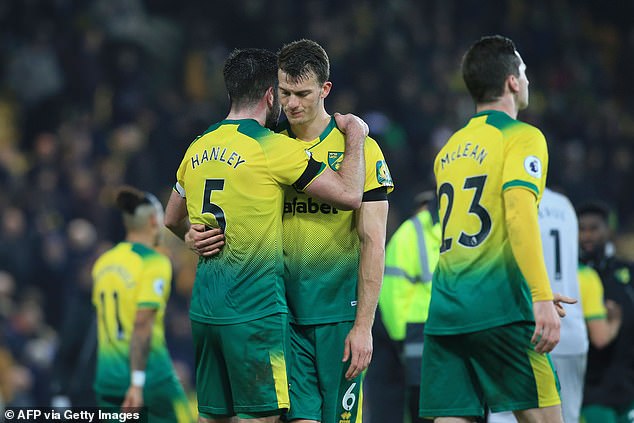 Like all truly great sides, Klopp’s team are strong in defence – having kept 11 clean sheets with a core of Alisson Becker, Trent Alexander-Arnold, Virgil van Dijk and Andrew Robertson being the main reasons for that. Alisson, who has missed parts of this season due to injury and suspension, is conceding on average one goal every 244 minutes in the Premier League this season – the best ratio of any goalkeeper in a single season in the competition (minimum 10 games played).

Norwich’s porous defence has been exposed with the club only having kept four clean sheets. Their inability to defend has been highlighted further by their xG of expected goals against to be 43.04 – a figure lower than what it is. Liverpool’s xG in this field is 23.35 – again underpinning how well they are playing.

Of the 359 fixtures to have been played more than 10 times in the Premier League, Norwich versus Liverpool has the highest goals-per-game average (68 goals in 17 games, four-per-game). Liverpool have won each of their last six Premier League away games against Norwich too, scoring 20 goals in the process and at least twice each time.

For the Canaries to be chirping come full-time on Saturday they have to overcome the ominous Reds juggernaut. 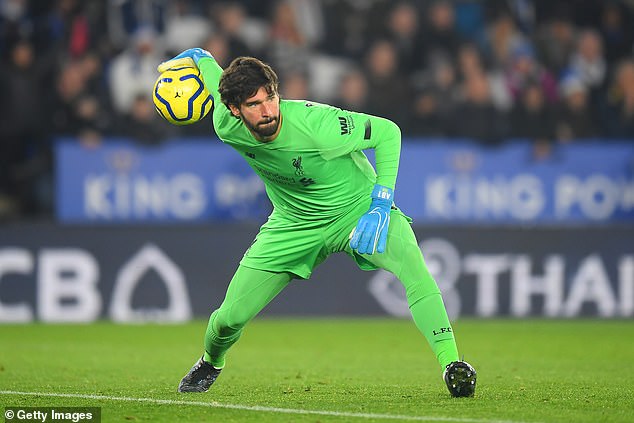