She made history on Tuesday night’s as one half of Married At First Sight’s first ever lesbian marriage.

And on Tuesday, footage resurfaced online of Tash Herz flaunting her curves while performing a raunchy striptease on stage in front of handful of people.

The 31-year-old Adelaide bartender wore nothing but red and white striped bikini bottoms while covering her nipples with stickers. 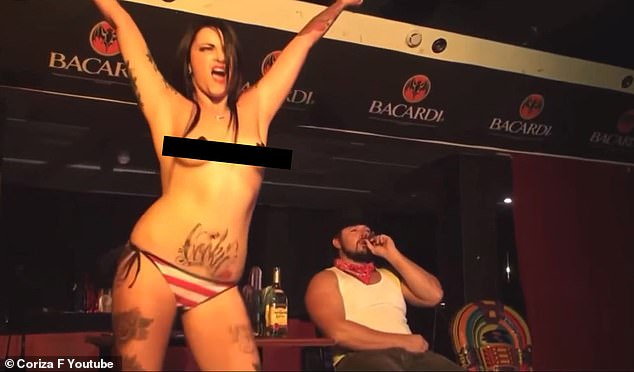 Flashing the flesh! On Tuesday, footage resurfaced of Married At First Sight’s Tash Herz (left) performing a raunchy striptease on stage in front of handful of people

Tash initially covered up her chest with two vinyl records before her dramatic reveal.

As blues music played in the background, she sauntered over to a male performer dressed as a cowboy who was sitting behind her.

For her big finish, she ripped off his hat and threw it across the stage. 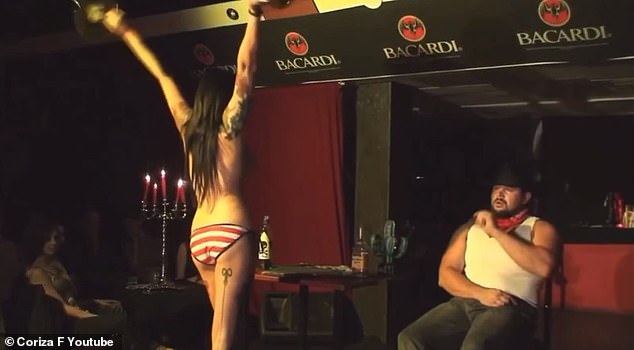 Crikey! To some jaunty blues music, Tash was seen covering her breasts with two Vinyls, before dramatically unveiling them to the small crowd in front of her

Tash, who looked stunning in a white dress, revealed before saying ‘I do’ that she was looking for a soulmate, not just a hook-up.

‘I want to know that someone’s going to be there for me when I need them. I want a soul-level connection for the rest of my life,’ she said. 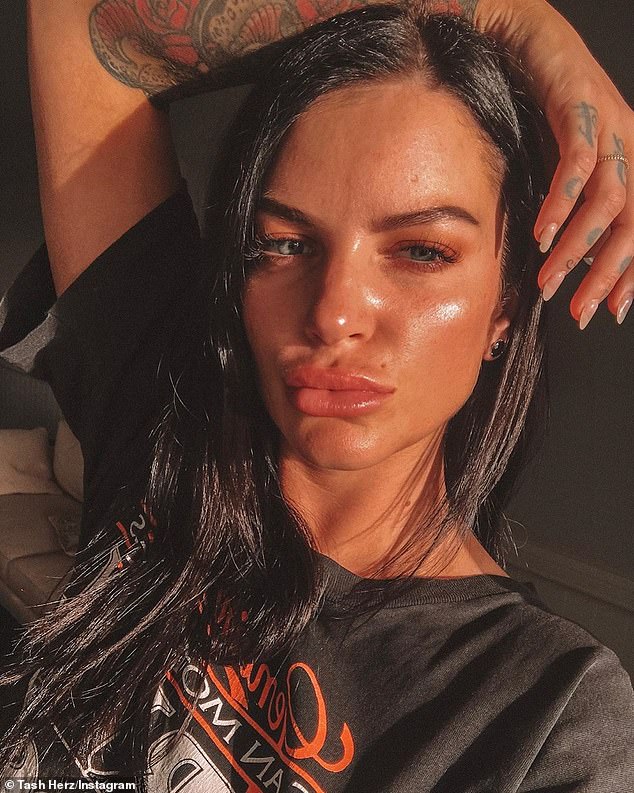 Proud! Tash revealed that she was proud to marry another woman after the long wait for same-sex marriage to be legalised in Australia

She added that she was proud to be marrying another woman in the first televised wedding of its kind since same-sex marriage to be legalised in Australia in 2017.

‘It feels amazing that I get the chance after so long of it not being recognised,’ she added.

As the couple exchanged vows, Tash held her hand over her Amanda’s heart. 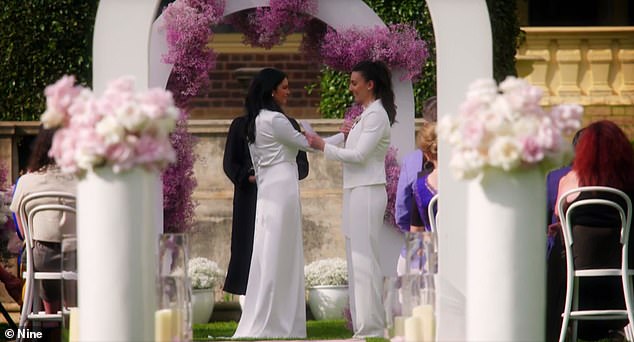 ‘Her heartbeat was so strong,’ she said afterwards.

But Daily Mail Australia understands that things went off the rails soon after the ceremony, which was filmed in September.

‘We are so incompatible and have really different values – her family is European, traditional and old-fashioned,’ Tash told NW on Monday.

To make matters worse, the tattooed brunette said that she and Amanda have ‘a very different sense of humour’. 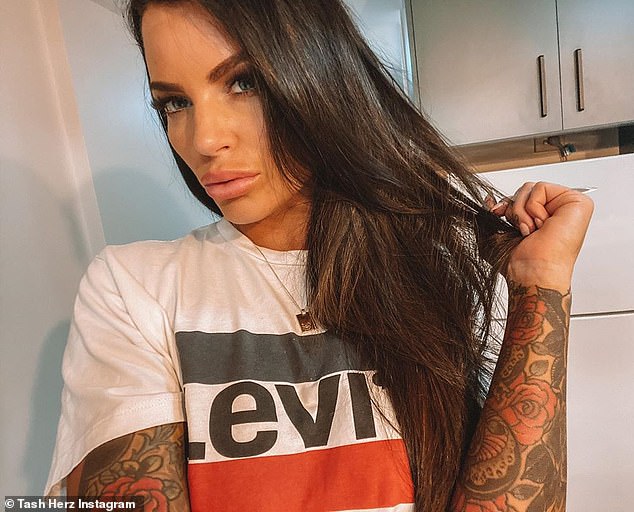