An Atlanta-based activist has been arrested for spending more than $200,000 in donations intended for the Black Lives Matter movement to purchase himself a home, tailored suits and guns.

Sir Maejor Page, 32, also known as Tyree Conyers-Page, was arrested Friday in Toledo, Ohio and federally charged with wire fraud and two counts of money laundering. The investigation is ongoing.

He created social media and GoFundMe pages under the name of Black Lives Matter of Greater Atlanta (BLMGA), claiming it was a non-profit, according to an FBI news release.

His page was a splinter group that was never recognized or affiliated with the official Atlanta Black Lives Matter organization.

A bank account was set up for BLMGA in 2018 with Page as the sole signatory. 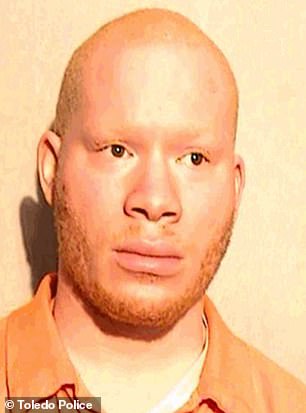 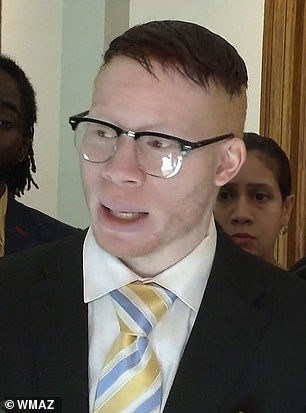 Atlanta-based activist Sir Maejor Page, 32, has been arrested for for spending more than $200,000 in donations intended for the Black Lives Matter movement to purchase himself a home, tailored suits and guns 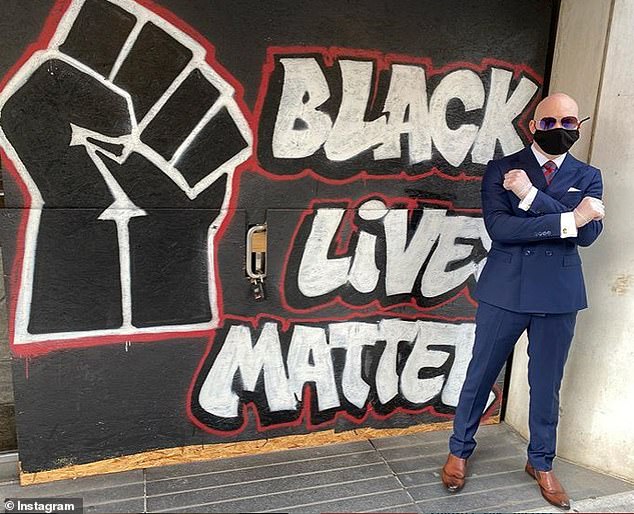 He shared this post, posing in a smart suit in front of a Black Lives Matter mural on August 4

His Facebook BLMGA page was registered with Facebook as a non-profit even though his organization itself lost its tax-exempt status in 2019, as per 13WMAZ.

From April 2018 and May 2020 the account never exceeded $5,000 until June 2020 with the spread of the Black Lives Matter movement and national protests decrying the police killing of George Floyd in May.

At the time of accepting donations Page privately responded to inquiring social media users that the donations would be used to fight for Floyd and none of ‘the funds have been used for personal items. All movement related’, as per the FBI.

However, Page used a debit card tied to the bank account to purchase tailored suits, other clothing, furniture, a home security system, and dining and entertainment purchases throughout June, July and August. 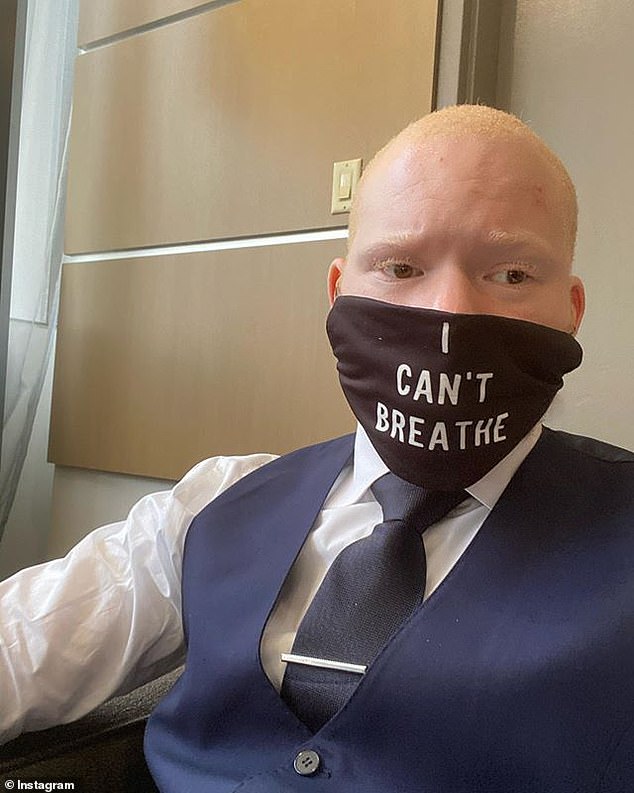 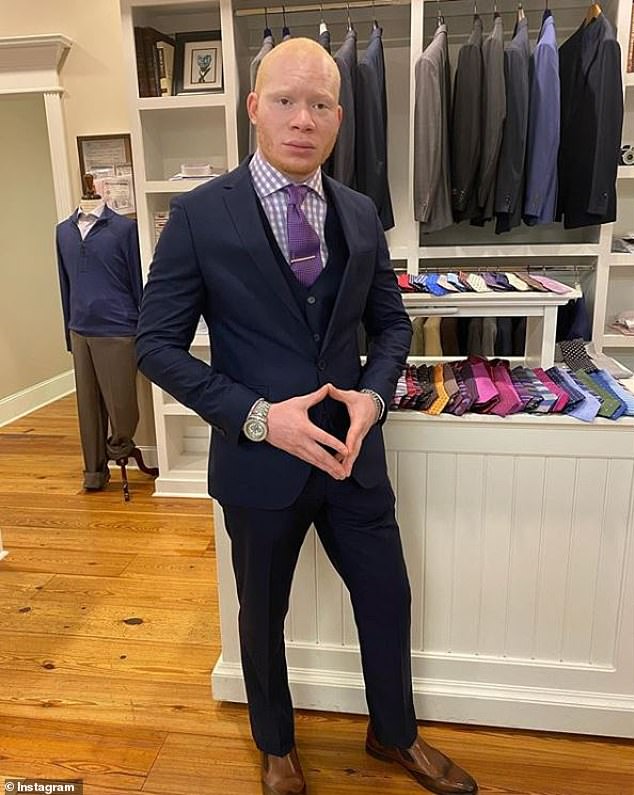 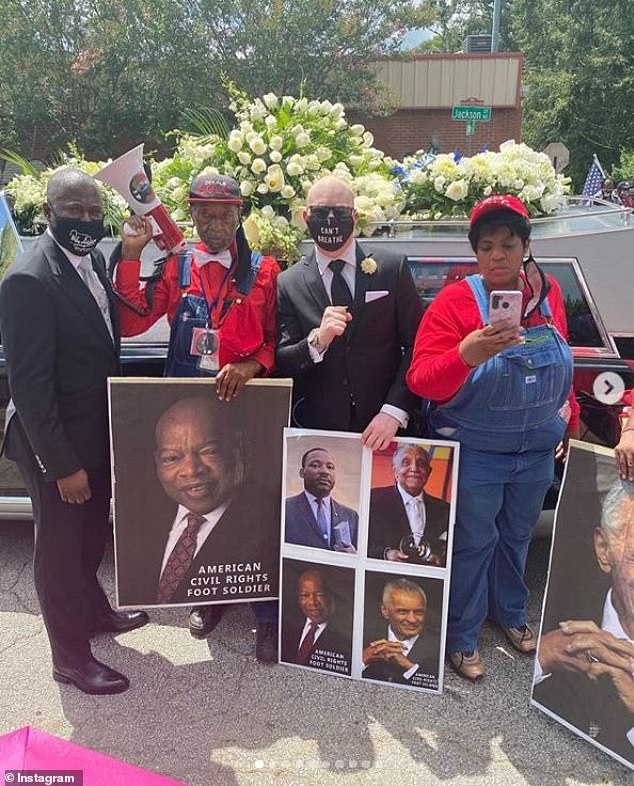 On August 21 Page used $112,000 from the account to purchase a home and adjacent vacant lot in Toledo, the FBI said.

He allegedly tried to conceal the purchase in a non-disclosure agreement stating the transaction was entered ‘by and between Hi Frequency Ohio via Sir Maejor Page’ and the seller’s agent, the FBI stated.

In September Page transferred money from the BLMGA account to his personal bank account to purchase a pistol and two other guns.

‘Numerous videos and livestream videos were posted to Page’s personal social media pages showing himself in what appeared to be newly purchased clothing, hotel rooms and office space in Atlanta,’ the FBI said in a release.

‘Several audio statements are made by Page in the videos boasting about the money he has, his tailored suits, his nice cufflinks and “$150 dollar ties,”‘ the FBI added. 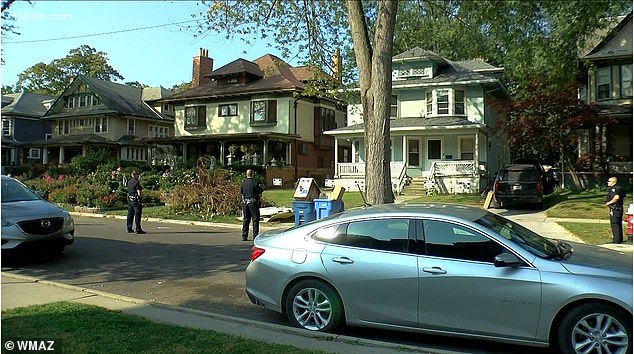 On August 21 Page used $112,000 from the account to purchase a home and adjacent vacant lot in Toledo, the FBI said 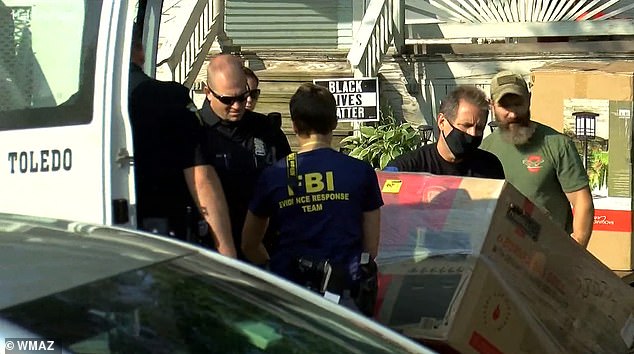 The FBI pictured raiding the home and removing furniture from inside 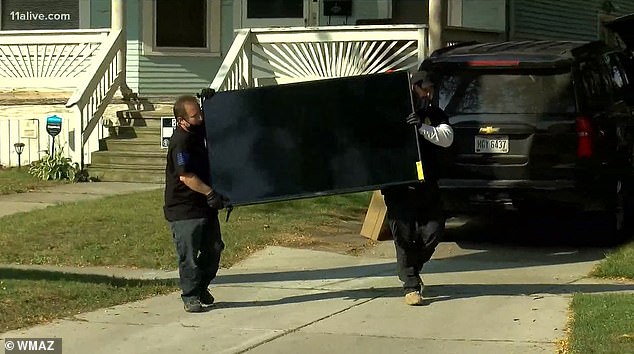 Overall officials said he squandered more than $200,000 in donations on person items ‘with no identifiable purchase or expenditure for social or racial justice.’

An investigation was launched after authorities received a complaint that Page was fraudulently using the account to raise money for himself, officials said.

On Friday Toledo Police and the FBI raided Page’s home and were seen removing furtniture from inside.

Following the scandal GoFundMe banned Page from the platform and said all BLMGA associated pages were removed.

‘GoFundMe has taken action to ensure you can no longer start a GoFundMe for BLMGA. PayPal has also confirmed BLMGA has been removed from its database,’ the crowdfunding outlet said in a statement to the Atlanta Journal-Constitution.

‘Campaigns with misuse are very rare, and we take all complaints very seriously. Our team is working with law enforcement and assisting them in the investigation,’ the statement added.

Page has a criminal record.Court and arrest records from 2014 and 2015 reveal he faced charges of impersonating an officer.