This is the moment an elderly driver lost control at the wheel and crashed six times in one minute – hitting at least three cars and a number of walls.

CCTV footage shows the man pulling out at a road junction in Handsworth, Birmingham, on November 3.

The blue Toyota Aygo hit three cars and crashed into three separate walls during the spree as his vehicle spins around the street. 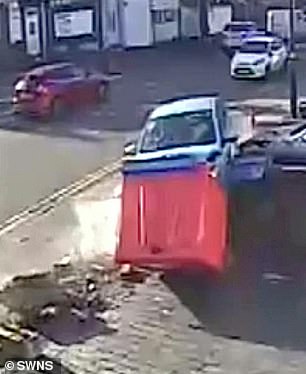 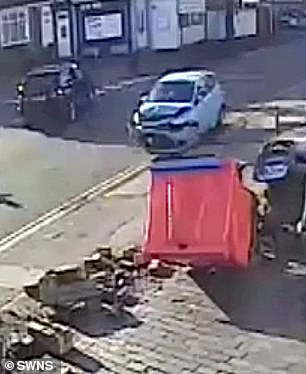 The driver shoots straight across the road and into a pile of bins before hitting a wall and knocking a red bin over.

He then reverses back onto the road at speed and ploughs straight into another black vehicle.

Nearby shoppers run to help and the driver of the black car gets out, but narrowly misses being hit when the blue vehicle lurches around him.

It then ploughed head on into another car on the road, reverses and spins around, before rocketing off the road again, crashing a fifth time. 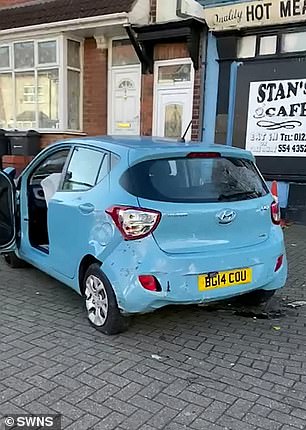 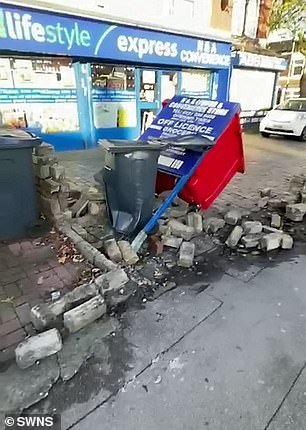 Onlookers go to help – but the car zooms forward a final time, across the road and appears to hit a wall.

It is believed the elderly motorist who is thought to be in his 70s, suffered a medical issue at the wheel that led to the carnage.

‘My friend, who was in the accident, said when the guy came to a stop, his foot was still on the accelerator. 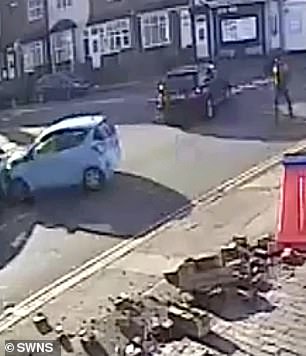 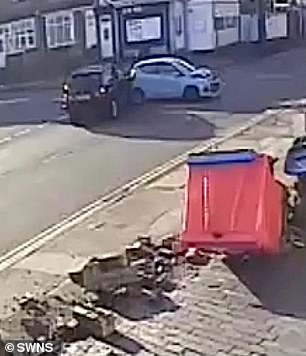 ‘My friend took his foot off. He had some kind of medical issue. It’s a bit of a crazy situation.

‘Four cars were damaged in total, including the man’s. And he hit three walls. He walked away from it though. It was very lucky.’

A spokesman for West Midlands Ambulance Service said: ‘We were called to reports of a road traffic collision on Headingley Road at 1.53pm on November 3rd, one ambulance attended the scene.

‘On arrival we discovered a car that had collided with three stationary cars and a wall.

‘We treated one patient at the scene, a man, who was the driver of the car before taking him to City Hospital for further assessment.’