Rep. Karen Bass, a possible top-tier contender to be Joe Biden‘s running mate has clarified remarks she made in 2010 where she was heard praising the Church of Scientology.

On Friday, video emerged of an event from 2010 at which the California Democrat spoke at a ceremony for a renovated Scientology church in Los Angeles.

During her remarks, while calling for humans to treat one another with respect and fight oppression, she also spoke highly of the Church’s controversial founder, L. Ron Hubbard. 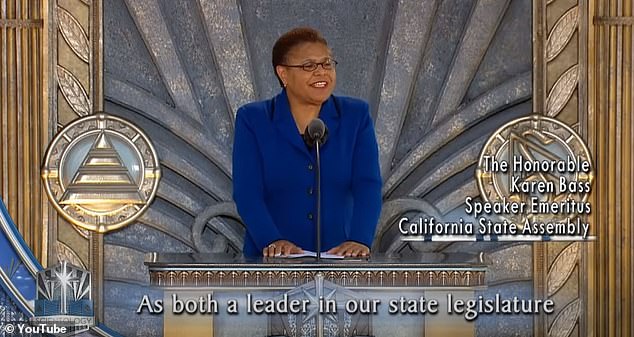 Rep. Karen Bass, 66, is having to explain her past comments where she was seen praising the Church of Scientology and Fidel Castro She is pictured here at a Scientology event in 2010 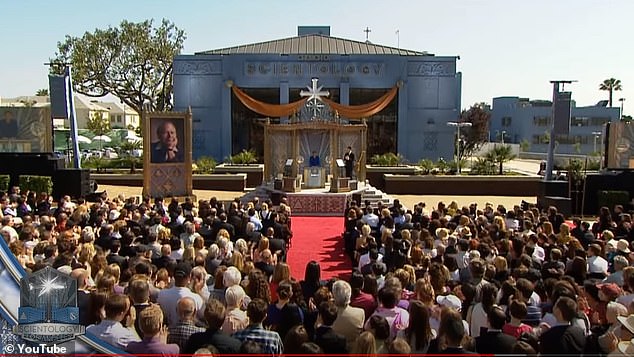 The organization has been accused of acting like a cult and has faced a number of allegations from former members of abuse, human trafficking and intimidation. The 2010 event is pictured 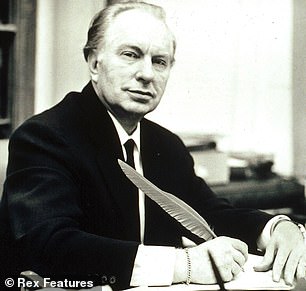 Bass praised the Church of Scientology founder L. Ron Hubbard at an event in 2010. Hubbard is pictured in 1991

‘The Church of Scientology, I know, has made a difference, because your creed is a universal creed and one that speaks to all people everywhere,’ Bass said in front of an audience of 6,000 people.

‘That is why the words are exciting of your Founder L. Ron Hubbard, in the creed of the Church of Scientology: That all people of whatever race, color or creed are created with equal rights.’

On Saturday, Bass sought to clarify the remarks and said she was trying to find an ‘area of agreement’ with the church, which has faced a number of allegations from former members of abuse, human trafficking and intimidation.

‘Back in 2010, I attended the event knowing I was going to address a group of people with beliefs very different than my own, and spoke briefly about things I think most of us agree with, and on those things — respect for different views, equality, and fighting oppression — my views have not changed,’ Bass stated in a tweet. ‘Since then, published first-hand accounts in books, interviews and documentaries have exposed this group.’ 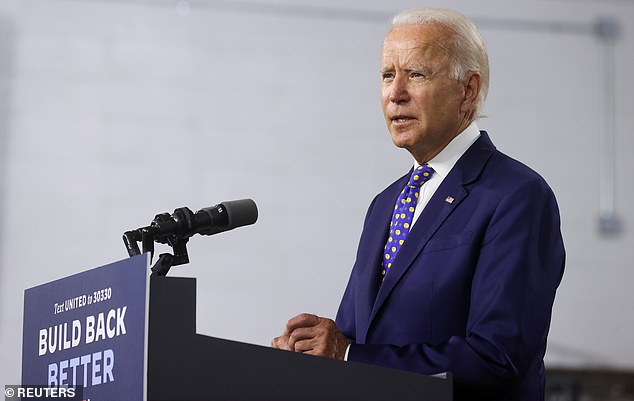 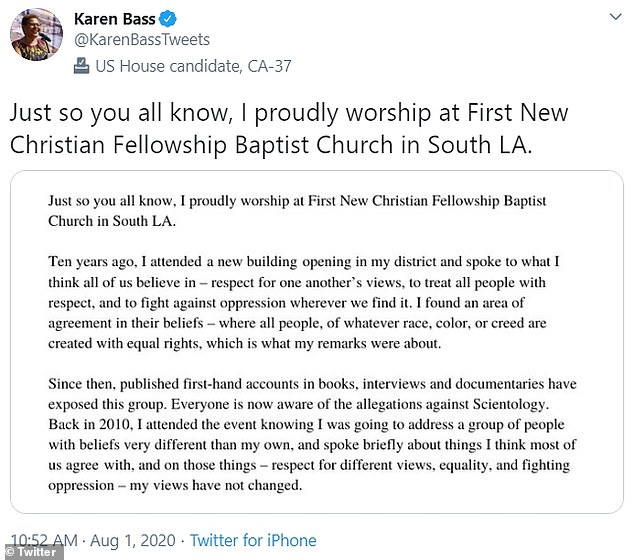 On Saturday, Bass released a statement clarifying that she prays at a Baptist church in LA 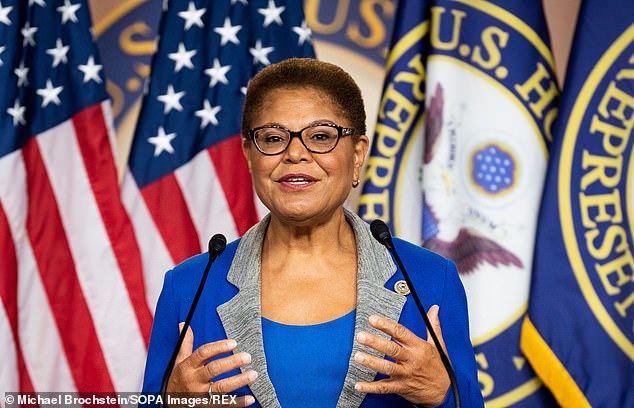 Bass, 66, entered Congress in 2010 and is chair of Congressional Black Caucus

Bass did not state what her current views of the church are but mentioned that ‘everyone is now aware’ of the allegations against it.

The Congressional Black Caucus chair also stated that she’s not a Scientologist, underscoring that she worships at a Baptist church in south Los Angeles.

Bass’s record is now coming under scrutiny as she appeared to be rising to the top of Joe Biden’s possible picks for vice president.

On Friday, the Trump campaign made her a target noting that worked in Cuba during the 1970s alongside a group that aligned itself with Fidel Castro’s government, the Venceremos Brigade.

The group was a joint venture between the regime and left-wing U.S. groups that organized trips for Americans to build homes in the country. 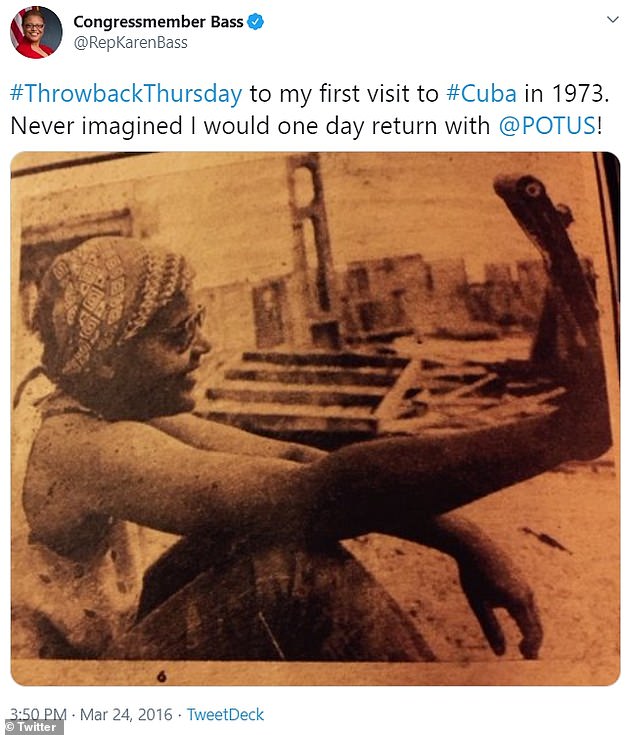 In regards to Cuba, Bass traveled to the country in 1973 with an organization called the Venceremos Brigade and went to see Castro speak. She tweeted a photo of the trip in 2016

When Castro died in 2016, she referred to him as ‘commandante en jefe’ (commander in chief), and said his passing was a ‘great loss to the people of Cuba.’

Bass has been back to Cuba several times and when she returned in 2016 tweeted a a picture from her 1973 visit.

‘She was always pro-Castro & later mourned his death,’ Trump campaign spokesman Tim Murtaugh tweeted Saturday. ‘Whether Biden picks her or not, he’s written off Cuban-American voters just by considering her.’

On a call organized by the Trump campaign, Sen. Marco Rubio (R-Fla.) laid into Bass for ‘showing a stunning amount of interest in the Cuban Revolution,’ according to the Palm Beach Post. 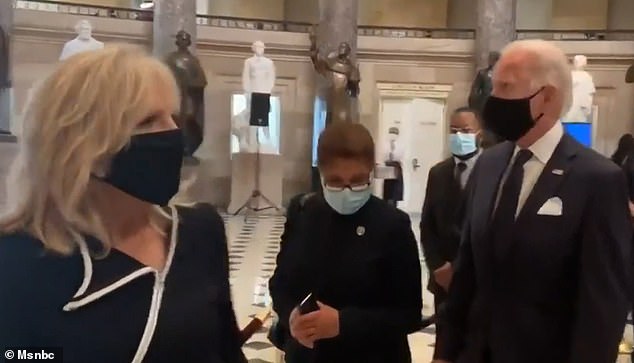 Raising speculation: Karen Bass was seen walking alongside Joe Biden after they both paid respects – with Biden’s wife Jill – to John Lewis as the Civil Rights icon and Democratic congressman lay in state in the Capitol this week 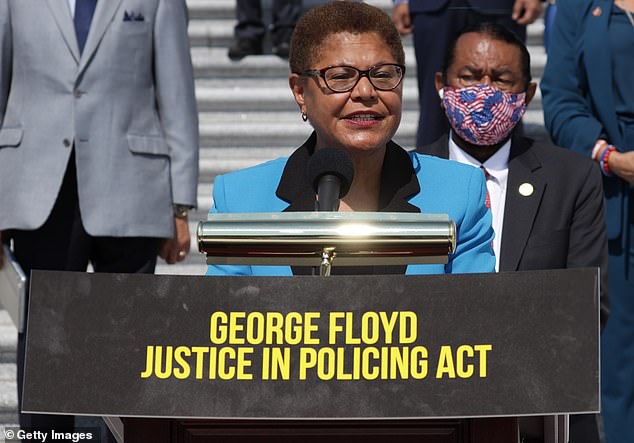 Could it be Karen Bass? The chair of the Congressional Black Caucus is now being seen as a frontrunner in Joe Biden’s search for a running mate

‘She will be the highest ranking Castro sympathizer in the United States government,’ Rubio said of Bass should she be selected to be Biden’s running mate.

‘If I had to make that statement over again, I wouldn’t use those words,’ she said in an article in The Atlantic this week adding she hadn’t fully realized how Cuba and Castro were seen in Florida, as opposed to California.

Biden has said he will announce his pick for VP later this month. 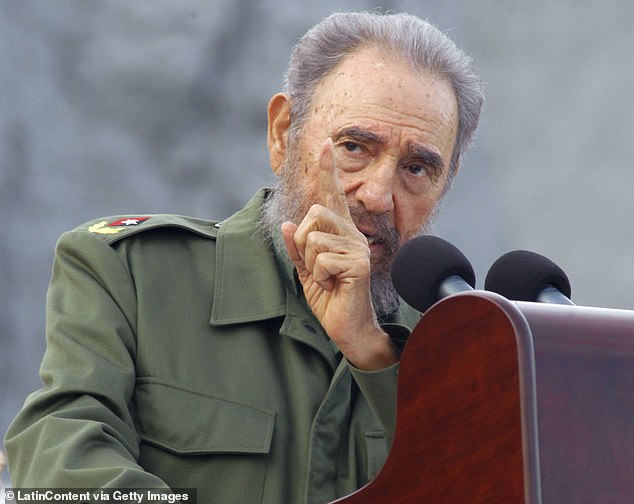 Warning from Florida Democrats: Bass could alienate Cuban voters because of a 2016 statement she made when Castro died saying: ‘The passing of Comandante en Jefe is a great loss to the people of Cuba.’

Following widespread protests over racial injustice and police brutality, pressure increased on Biden to choose a woman of color. Harris, the daughter of Jamaican and Indian parents, fits the bill.

Harris is widely viewed as a favorite to run alongside Biden. She is a battle-tested former presidential candidate and ex-prosecutor who has shown an ability to go on the attack – a valued asset for a running mate. A first-term senator from California, she has already been heavily vetted by the media and rival campaigns.

Harris endorsed Biden after dropping out of the race. But her criticism of him during a Democratic primary debate about his opposition to school busing rankled some people close to Biden, who worry about her ambition and loyalty.

Rice served as President Barack Obama’s national security adviser during his second term, where she worked hand in hand on foreign policy matters with Biden, who was Obama’s vice president. 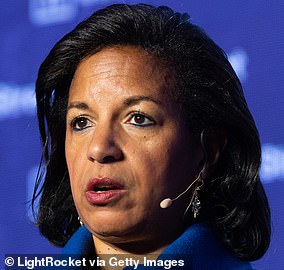 Prior to that, Rice served as U.S. ambassador to the United Nations under Obama and has advised several other Democratic presidential candidates on national security.

A Black woman, Rice could help drive the African-American vote, the Democratic Party´s most loyal constituency. But she has never run for public office, which means she would be untested on the campaign trail. Her involvement in the controversy over the 2012 attack on the U.S. mission in Benghazi, Libya, could revive that incident as a campaign issue. 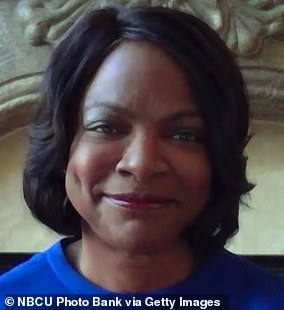 Biden has said Demings, an African-American congresswoman from the election battleground state of Florida, is on the shortlist for running mate.

The former Orlando police chief served as one of the managers of the House of Representatives’ impeachment proceedings against Republican President Donald Trump but has a lower profile among voters nationally.

Demings’ background in law enforcement and her relatively unvetted past as police chief could be viewed as risk factors to a Biden campaign that wants to appeal to progressive voters. 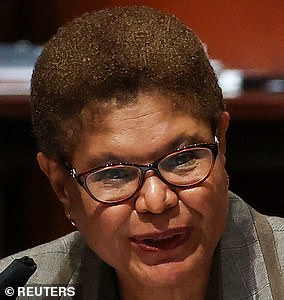 A late addition to Biden’s shortlist, Bass, a congresswoman from Southern California and chair of the Congressional Black Caucus, would add a progressive voice to the ticket.

Bass has an extensive background in police reform efforts and has spearheaded the legislative response in the House to the killing of George Floyd by police in May. But at 66, she may not offer the prospect of generational transition that Biden wants to show.

Family life: Lost her daughter and son-in-law in 2006 car crash; has four adult stepchildren from her former marriage 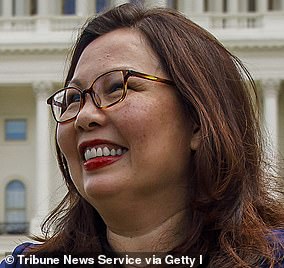 Duckworth has a compelling personal story and would help bolster the campaign’s national security credentials.

The senator from Illinois is a combat veteran who lost her legs when her helicopter was shot down in Iraq in 2004. She went on to become the first woman with a disability and the first Thai-American elected to Congress. Duckworth, however, has not been on the forefront of civil justice issues like Harris, Bass and others on Biden’s list. 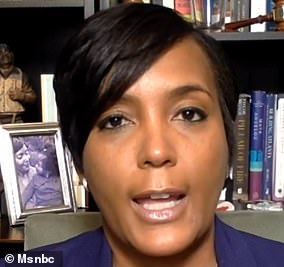 Bottoms is the first-term mayor of a city that has been riven by protests over Floyd’s death and the shooting of another Black man, Rayshard Brooks, by Atlanta police in June. Atlanta also has been a hot spot in the coronavirus pandemic, putting Bottoms on the front lines of the country’s two largest challenges of the moment.

While Bottoms was an early supporter of Biden, her lack of experience on the federal level may doom her chances. Biden, who would be the oldest U.S. president, has insisted his No. 2 be ready to assume the presidency at any time. 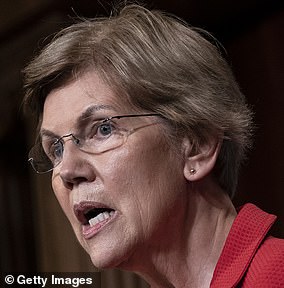 Warren,has spoken with Biden regularly since dropping out of the Democratic nominating race and endorsing him. The senator from Massachusetts is seen by Biden advisers as a bridge between the former vice president and people skeptical of his commitment to progressive policy priorities.

The selection of Warren, however, could fuel allegations by the Trump campaign that Biden favors an overly leftist agenda, while potentially alienating moderate voters in battleground states that Biden is cultivating. 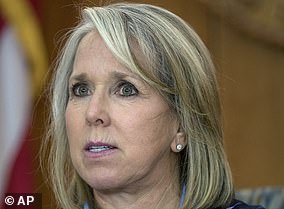 Lujan Grishambecame the first Latina Democratic governor of a state in 2018, after serving six years in Congress.

Biden’s campaign has been pushed by allies to consider a running mate who could boost his support among Latino voters, potentially the largest minority voting bloc in the November election.

Family life: Husband Gregory Girsham died of a brain aneurysm in 2004. She has two daughters 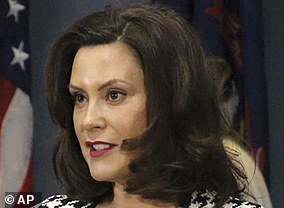 Whitmer raised her profile as the governor of a battleground state hit hard by the coronavirus.

But she came under fire earlier this year from some Michigan residents for a stay-at-home order that they viewed as too onerous.

Pictured: Anti-masker who calls himself 'Xodijak' on social mediaA woman who was 'choked' by a...
Read more
- Advertisement -
US

Pictured: Anti-masker who calls himself 'Xodijak' on social mediaA woman who was 'choked' by a...
Read more
US

A father who was left with horrific facial injuries after being bashed and robbed in his Queensland home was ambushed by his own son,...
Read more
- Advertisement -