Lines are continuing to grow at food banks across the country as the financial devastation caused by the coronavirus pandemic is laid bare.

Millions of Americans are currently going hungry, relying on volunteers and non-profit organizations to stay fed as Thanksgiving approaches.

In Arlington, Texas, US Army Soldiers took part in a massive food drive, helping to distribute supplies to 6,000 families in need.

The military members were seen handing out frozen turkeys at the gigantic distribution event, set up outside AT&T Stadium on Friday.

The scene was repeated across the country, with more than 10 million Americans still out of work. 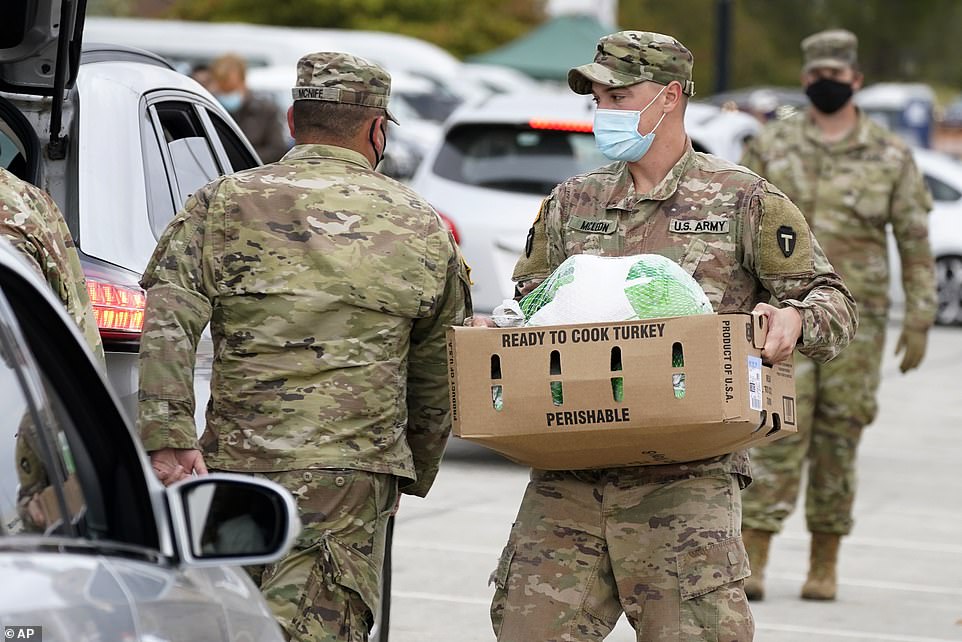 ARLINGTON, TEXAS: On Friday, , US Army Soldiers took part in a massive food drive, helping to distribute supplies to 6,000 families in need 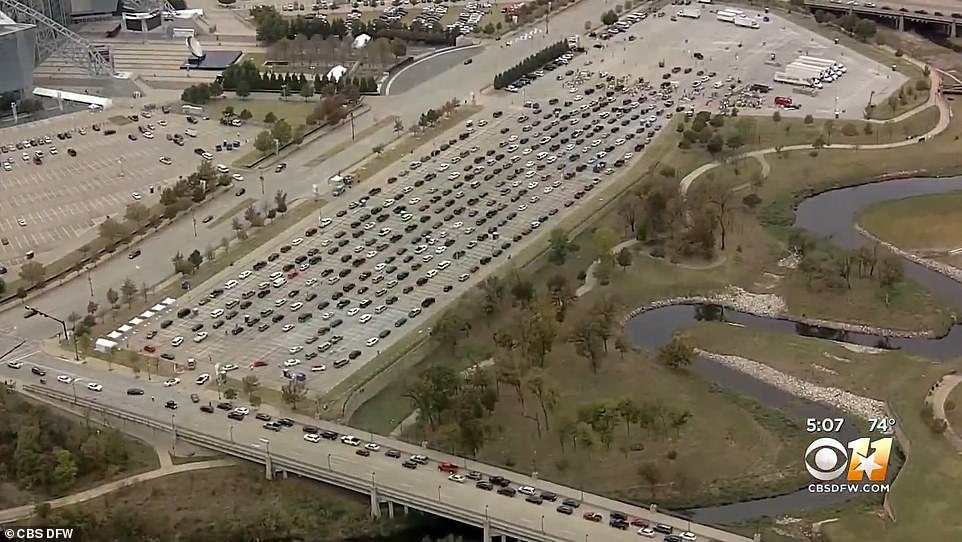 ARLINGTON, TEXAS:  Hundreds of cars were seen lined up at the event organized by Tarrant Area Food Bank. It eas the largest food drive in their history 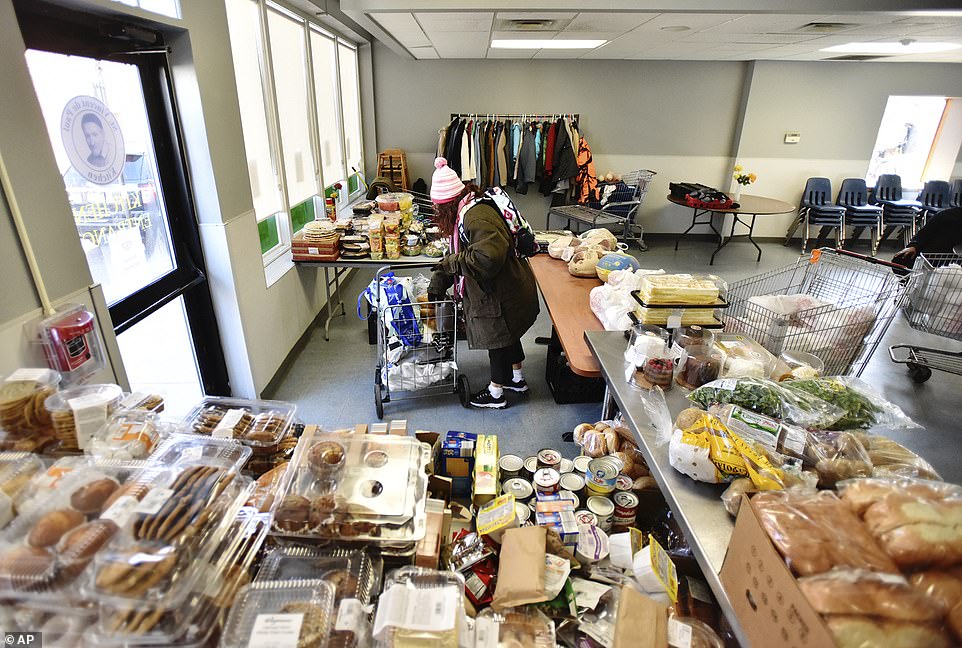 WILKES-BARRE, PENNSYLVANIA:  A woman is seen looking through pantry items at a food bank set up inside a St. Vincent de Paul kitchen on Friday 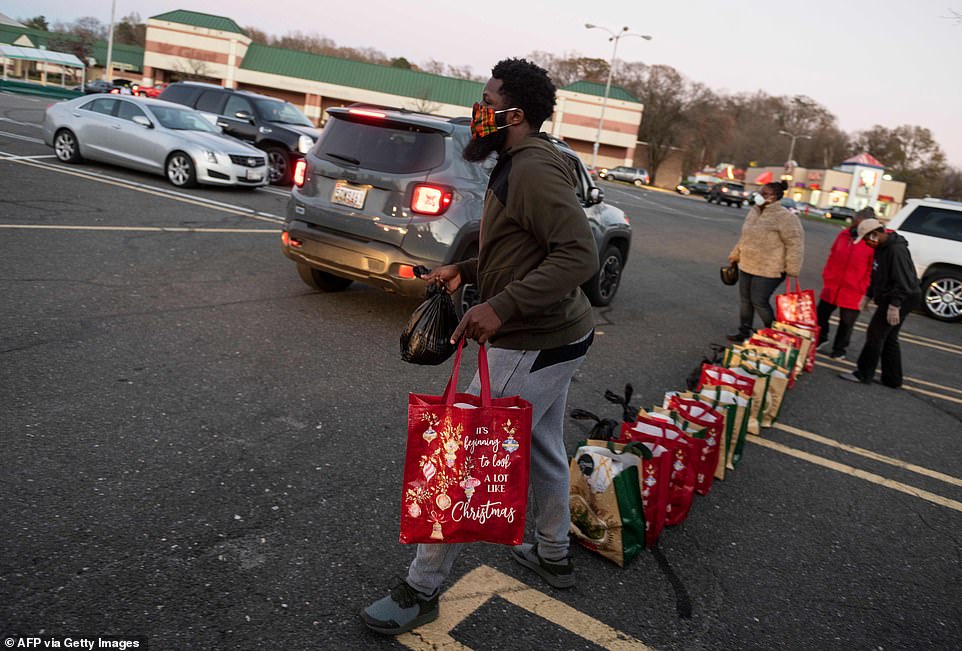 FORT WASHINGTON, MARYLAND: Volunteers help give out bags of food to members of the community, sponsored by Linda Flowers, during a pre-Thanksgiving food handout 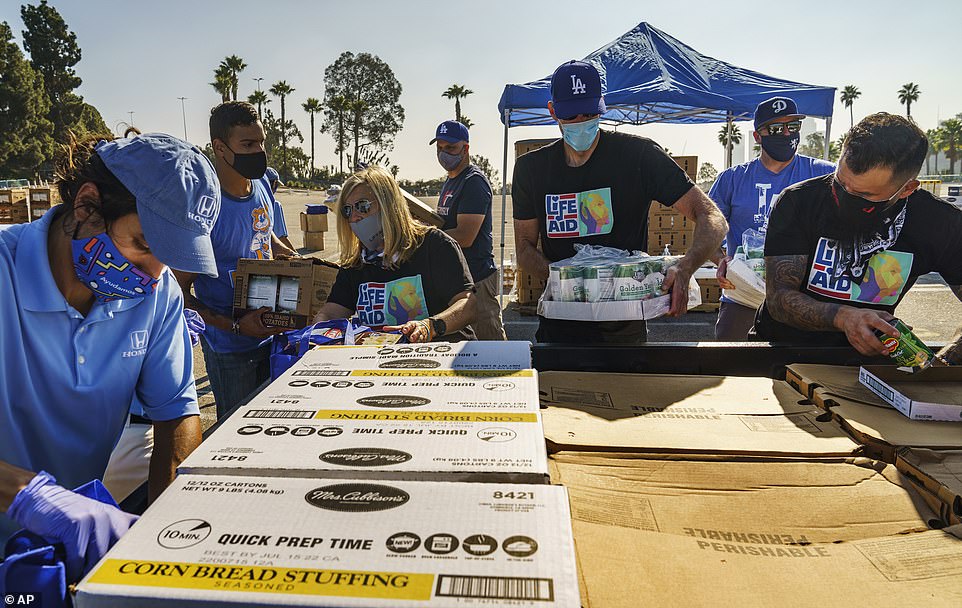 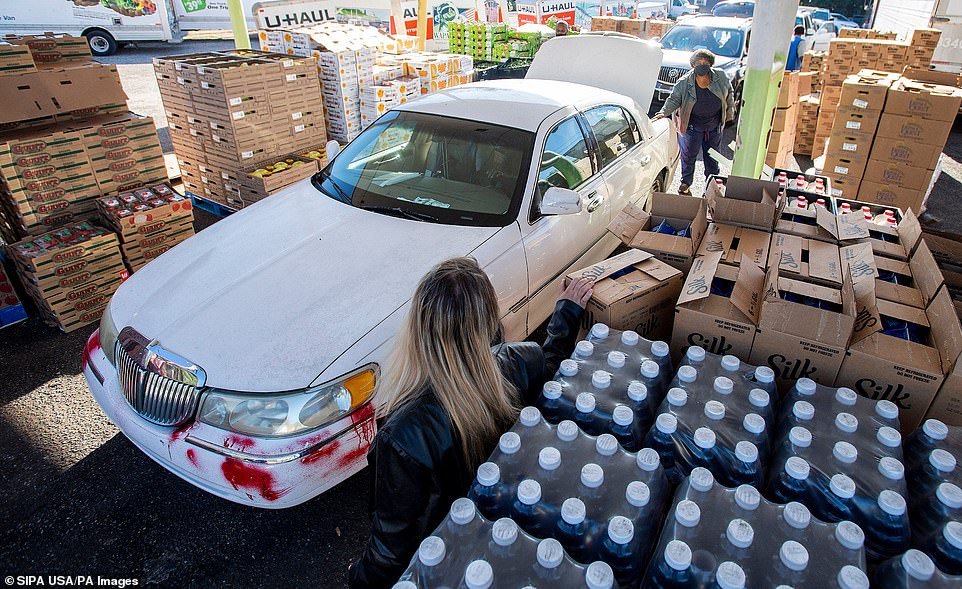 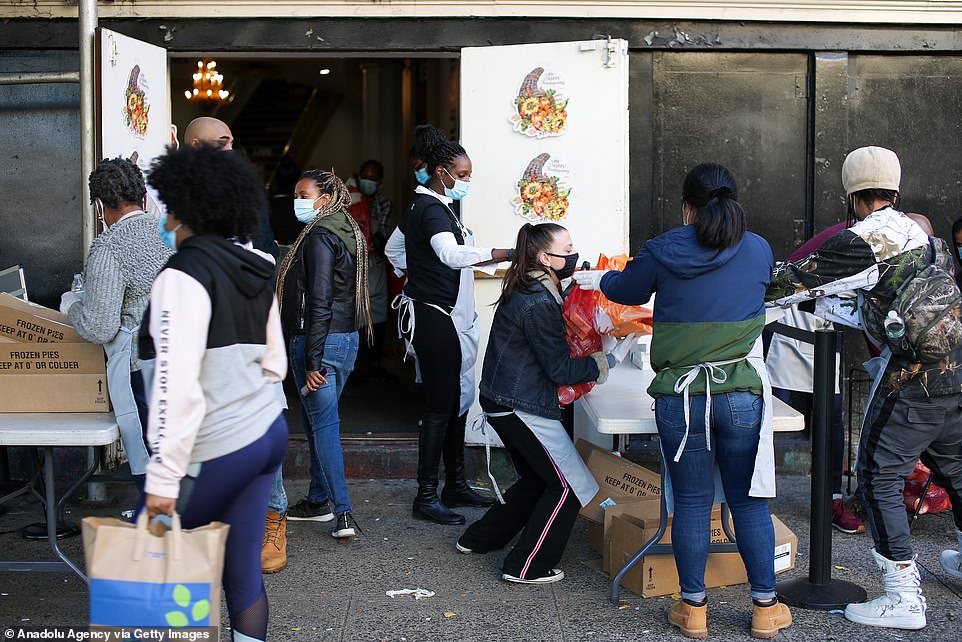 NEW YORK CITY, NEW YORK: Volunteers from a nonprofit organization provide food supplies to people who line up ahead of Thanksgiving in Harlem

CEO Julie Butner told CBS that it was the largest food drive in their history.

‘It’s heartbreaking on the one side to see so many families and need our help that have never need our help before. On the other side of the coin is how the community has come together to do what is needed for those who need us to help them,’ Butner stated.

In neighboring Dallas, another food drive took place at University of North Texas, which helped to feed more than 1,000 people.

Some of those in need spoke with CBS, telling the news network they were thankful for the selfless efforts of volunteers.

‘It’s been very rough for me. I’ve been out of a job for about eight months now,’ local resident John Betsay said.

Another man, Agnus Pinero, stated: “Thank you. This is a blessing, this is coming from God, and if we had a lot more of this going on it would be a lot easier.’ 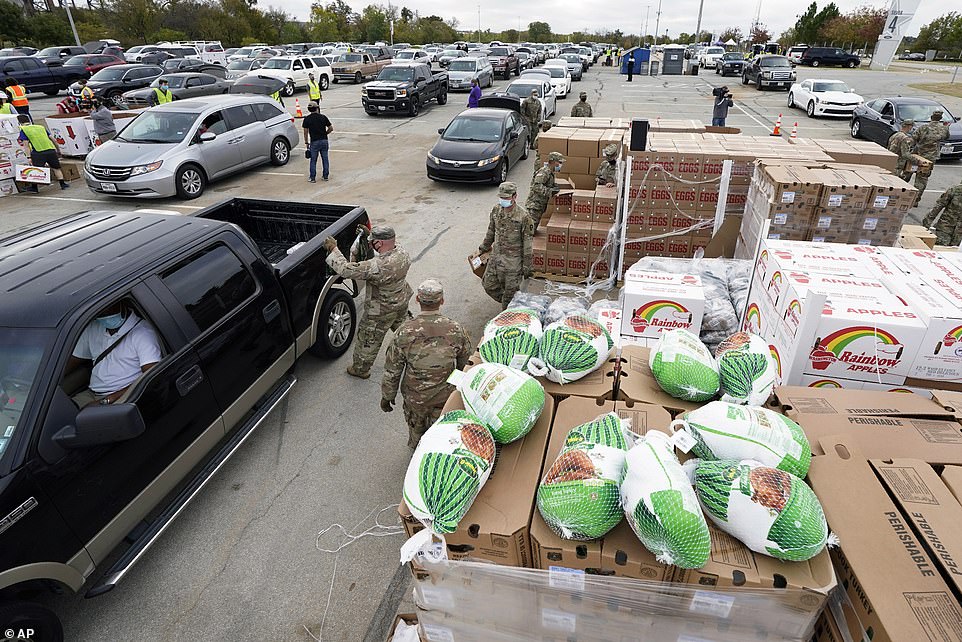 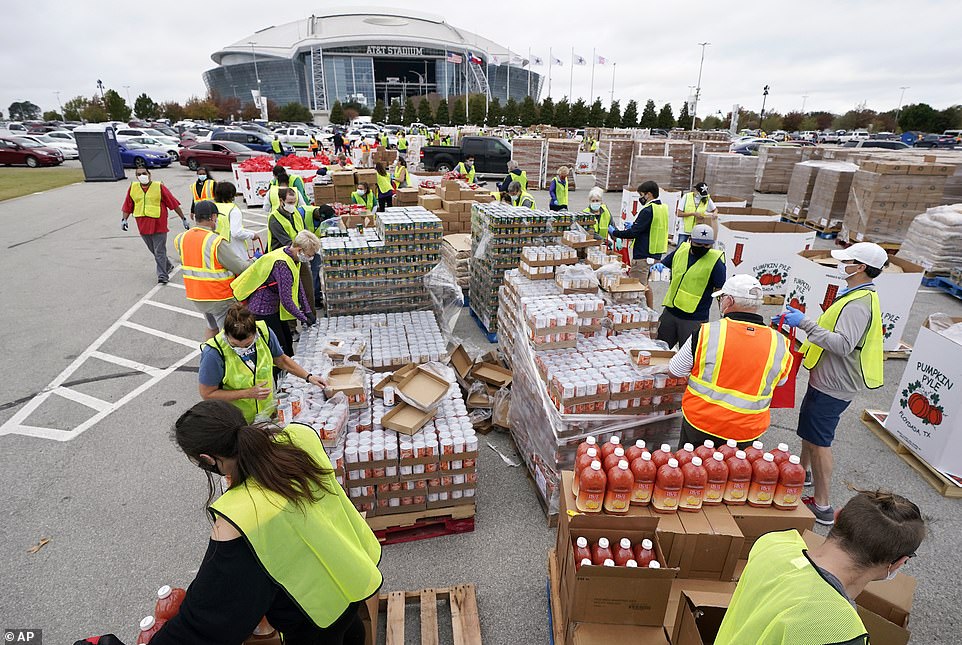 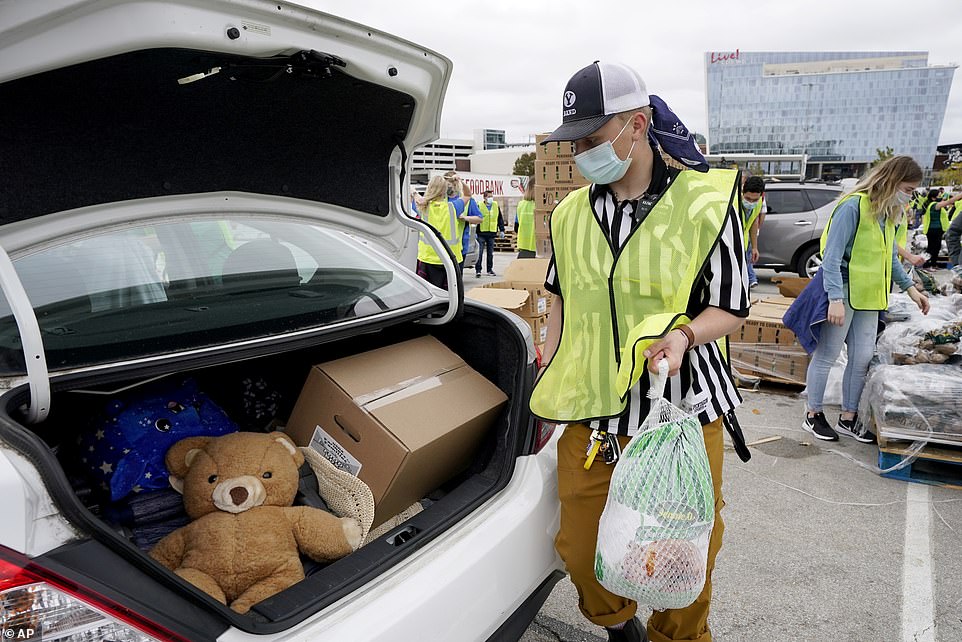 ARLINGTON, TEXAS: A volunteer loads a turkey into the trunk of a person’s car on Friday 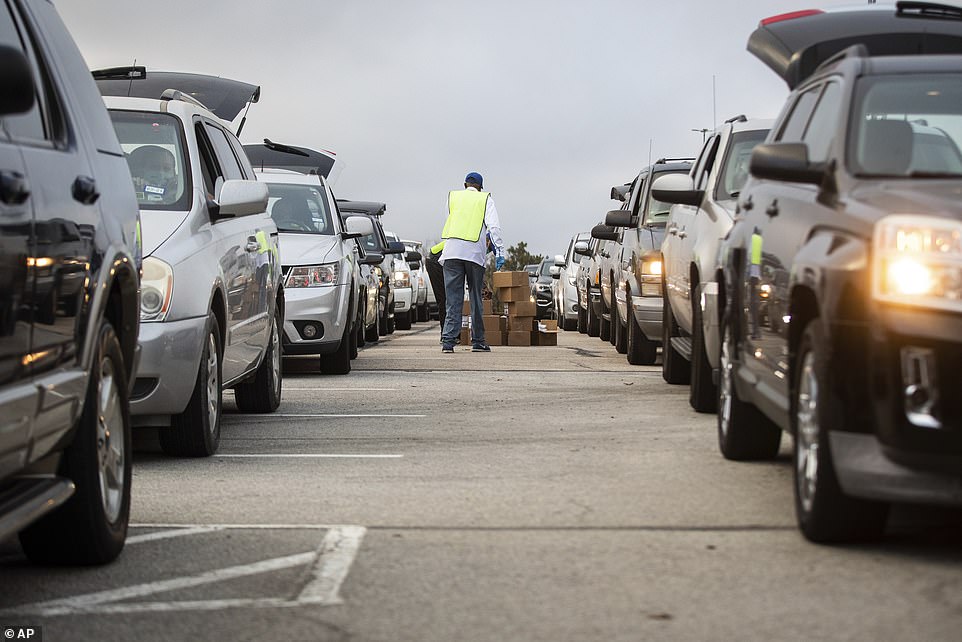 ARLINGTON, TEXAS: Cars stretched back as far as the eye could see, as millions remain out of work in Texas

At the onset of the coronavirus pandemic in March and April, US employers cut a staggering 22 million jobs.

Just over half of those jobs have been recovered, but more than 10 million people remain out of work.

A report from the Bureau of Labor statistic shows that the unemployment rate is now at 6.9 percent.

However, JPMorgan has predicted that U.S. first-quarter growth will be negative because of the recent COVID-19 surge, warning that ‘this winter will be grim.’

In a client note on Friday, the bank became the first Wall Street firm to break from the consensus view that GDP growth would continue to improve, citing rising cases across the country.

‘This winter will be grim,’ JPMorgan economists wrote, ‘and we believe the economy will contract again.’ 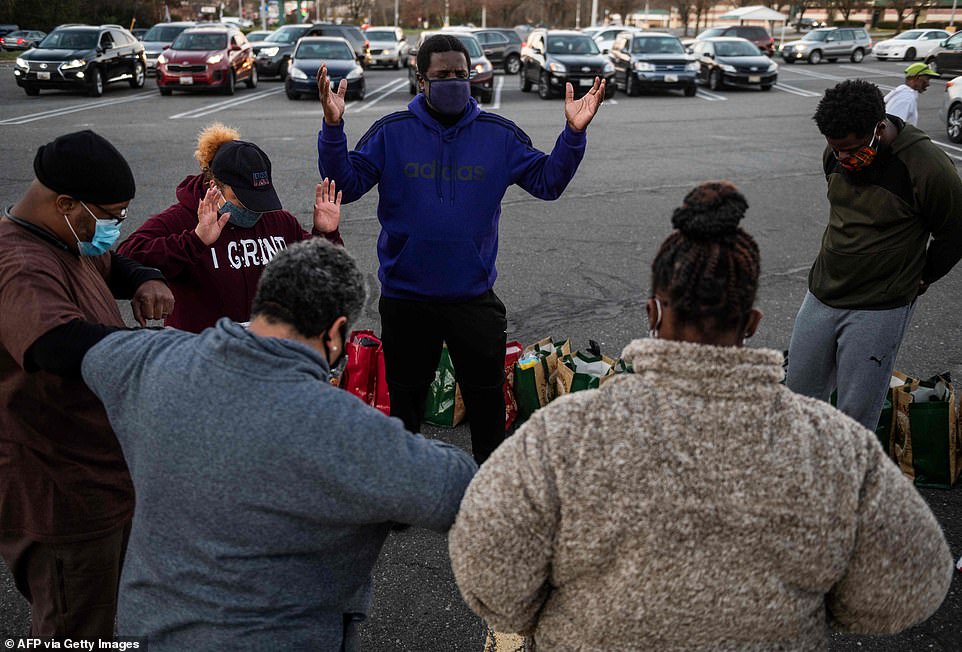 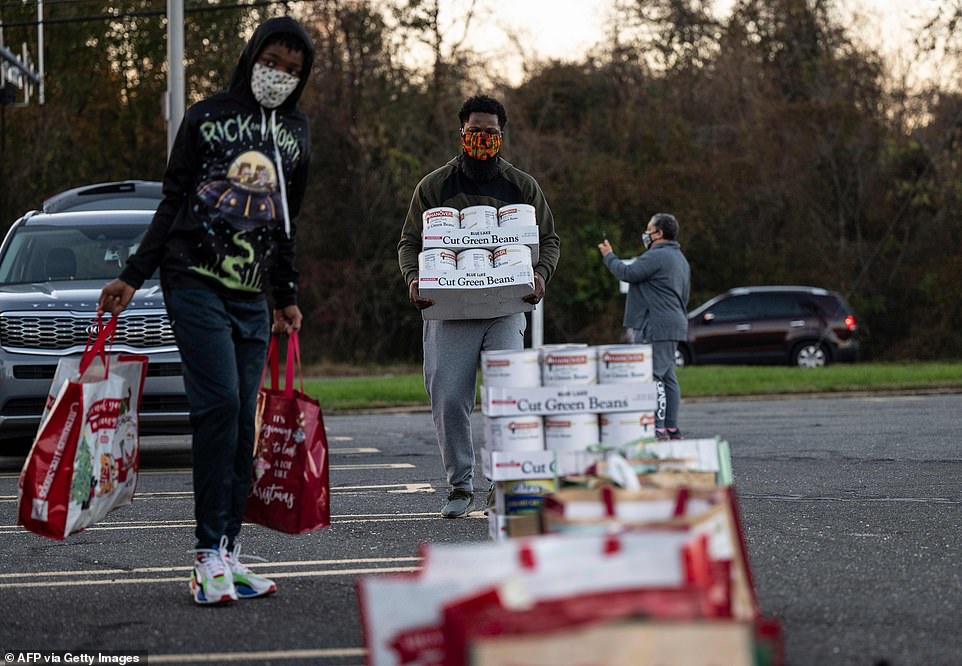 FORT WASHINGTON, MARYLAND: Volunteers from across the community came out to set up supplies for the needy 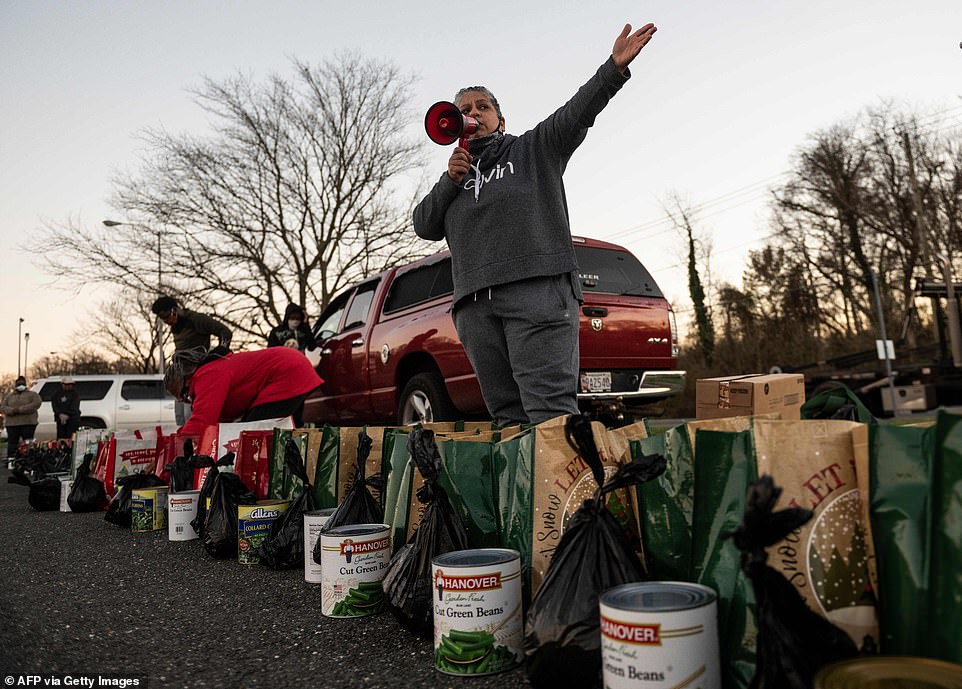 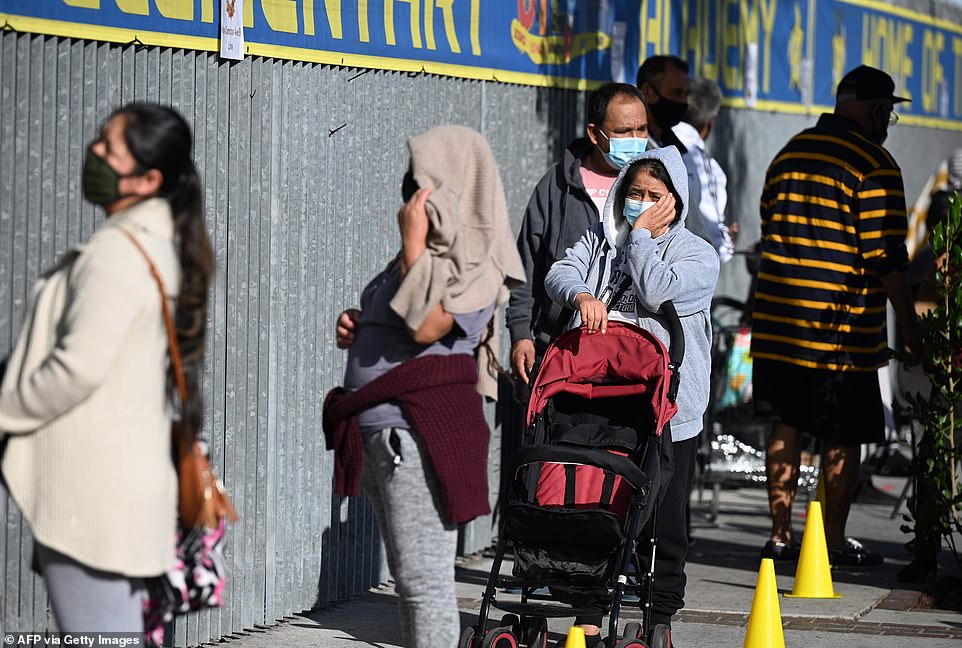 LOS ANGELES, CALIFORNIA: Local residents who have been financially impacted by the coronavirus pandemic wait in line at to take home a Thanksgiving food kit at a distribution event  organized by the L.A. Mission 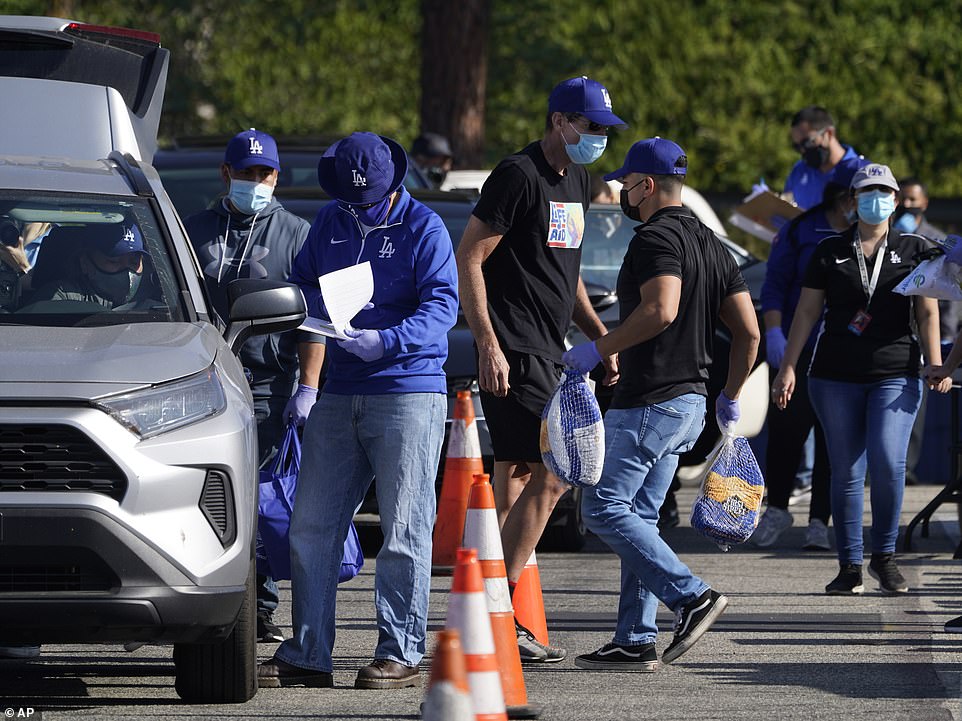 LOS ANGELES, CALIFORNIA: Volunteers help distribute some 1,500 Thanksgiving meals, including an assortment of dinner fixings at a drive-thru food bank at Dodger Stadium 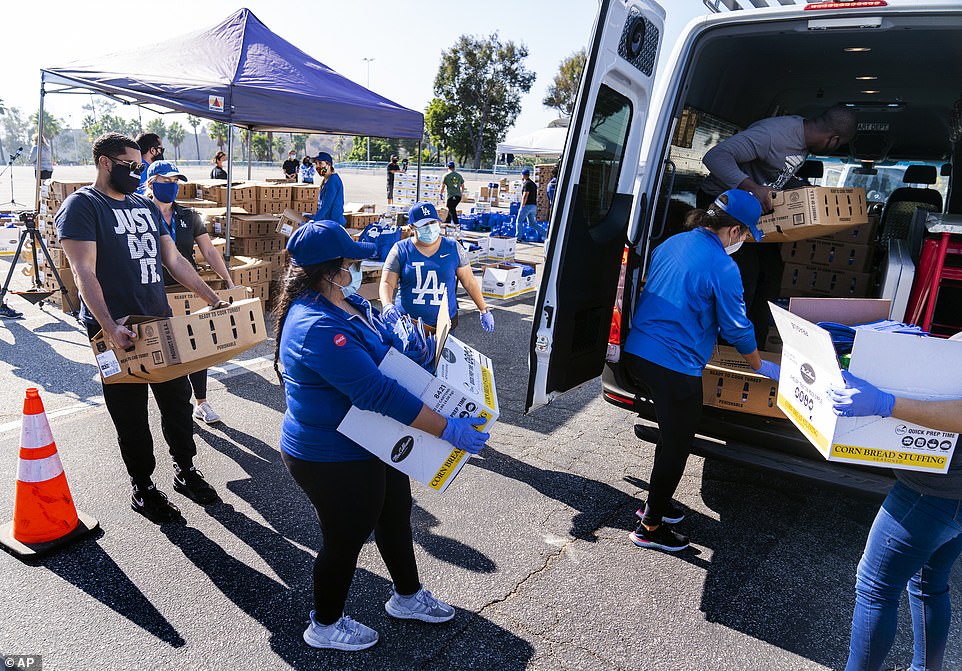