Teen ‘Reservoir Dogs’ killers left their 15-year-old victim ‘unidentifiable’ after slashing the ‘game of noughts and crosses’ onto his back and taking ‘penalties with his head,’ a murder detective has revealed.

Michael Moss was just 15-years-old when he was lured to a Liverpool park, tortured and killed in 1999 in the senseless killing that was dubbed the ‘Reservoir Dogs’ murder.

The three killers – Alan Bentley, Mark McKeefry and Graham Neary – who were also 15, knew Michael from the school they attended, and when Moss started seeing his ex-girlfriend, Bentley decided to exact his revenge after watching Quentin Tarantino’s infamous 1992 film.

In Britain’s Deadliest Kids, which airs on Quest Red on Saturday, the detective who worked on the investigation into the murder details the horrific injuries Michael suffered at the hands of his tormenters. 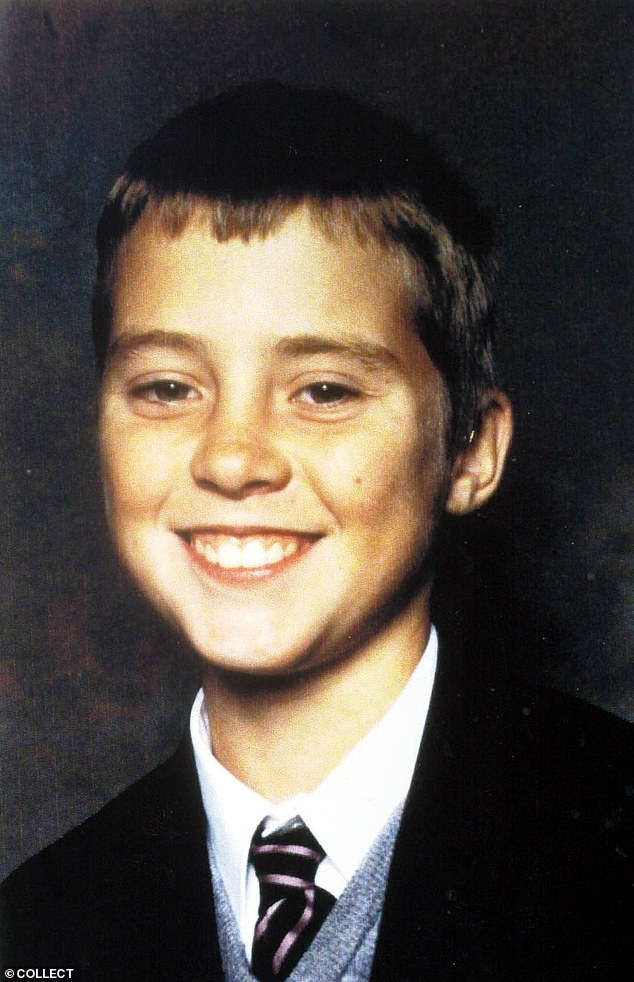 Michael Moss (pictured) was just 15-years-old when he was lured to a Liverpool park, tortured and killed in 1999 in the senseless killing that was dubbed the ‘Reservoir Dogs’ murder 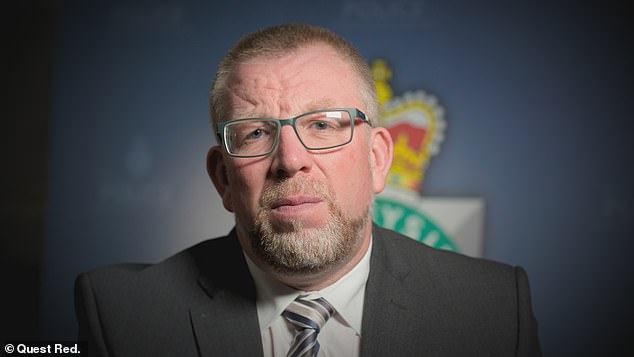 In Britain’s Deadliest Kids, which airs on Quest Red on Saturday, DS Fletcher revealed how the killers slashed the ‘game of noughts and crosses onto 15-Year-old victim’s back with broken glass’

Growing up in Liverpool, Michael Moss had a happy childhood and a keen interest in mechanics.

‘Michael wasn’t very academic, but he could take anything apart; he could take a bike apart and put it back together,’ Michael’s mother Liz, speaking publicly for the first time, recalls. ‘He loved motorbikes.’

But above all, Michael doted on his father. But when Michael was just 11, his life was turned upside down when his dad passed away suddenly.

Deeply affected by his father’s death, Michael’s behaviour at school quickly became disruptive and he was excluded.

From there, Michael started attending a pupil referral unit for children with special educational needs, before moving into a children’s home to give his mum a break.

It was here in 1999 where Michael met his future killers, known bullies Alan Bentley, Mark McKeefry and Graham Neary. 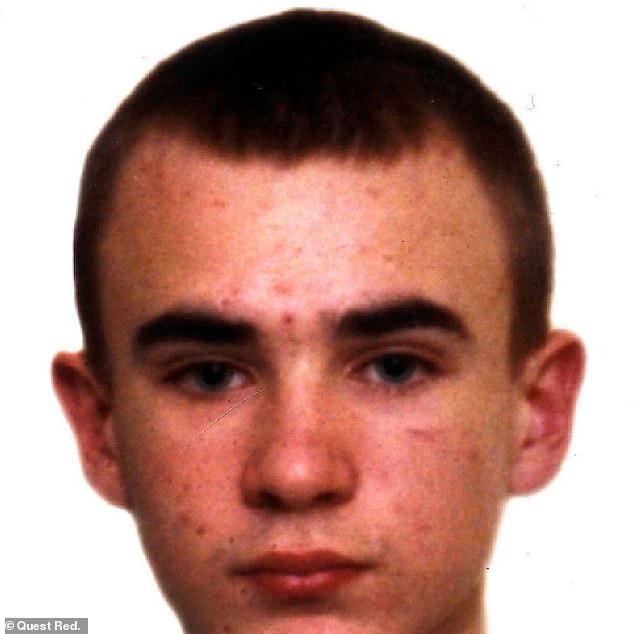 Privy to Michael’s passion for motoring, the gang enticed Michael out of the children’s home where he was staying. Pictured, Mark McKeefry 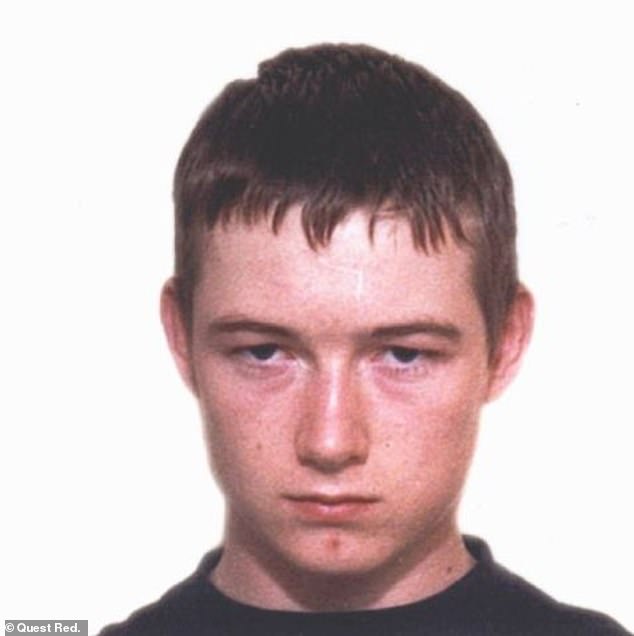 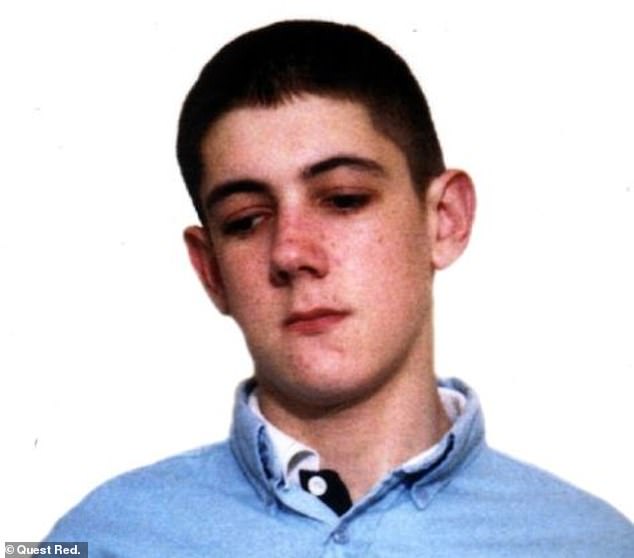 After retreating and returning with Graham Neary (pictured), the attack on Michael escalated, as Detective Sergeant Sean Fletcher explains

Despite keeping his distance from the boys, Michael started dating Bentley’s ex-girlfriend. According to journalist Luke Traynor, this set Bentley on a path of revenge.

‘That had incensed Bentley, and he was intent upon revenge. He passed the message once saying words to the effect of ‘tell Moss I’m going to kill him; I’m going to boot his head in,’ he says.

After binging on vodka and watching Quentin Tarantino’s violent thriller Reservoir Dogs, Bentley, along with McKeefry and Neary, put his plan into action.

Privy to Michael’s passion for motoring, the gang enticed Michael out of the children’s home where he was staying.

‘He [Michael] gets a phone call around about one in the morning, and the way they lured him out is with this bogus story that they’ve got a motorbike and they want to show him this motorbike,’ Luke Traynor explains. Fatally, Michael took the bait.

Arriving at Moss Lane park, Michael was ambushed by Bentley and McKeefry who savagely attacked him. 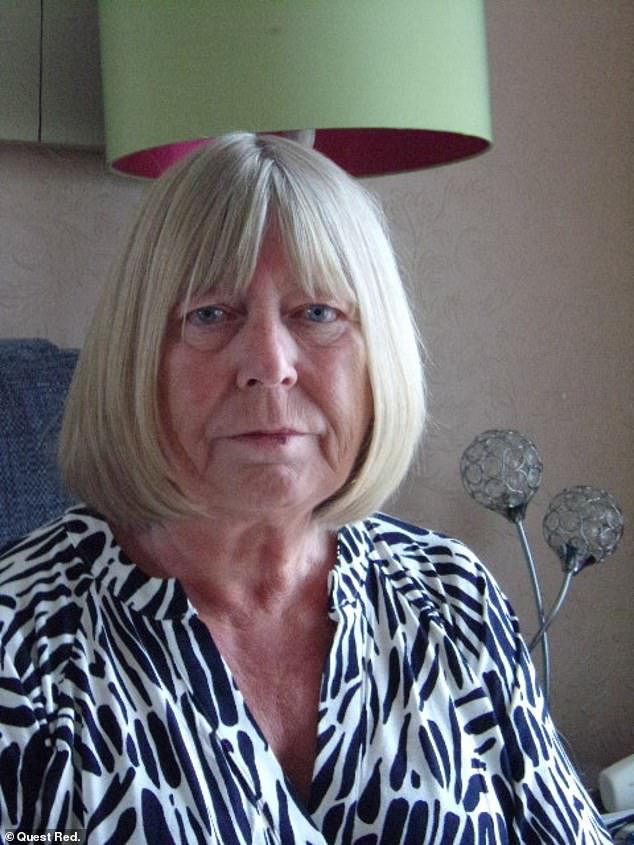 In the documentary, Michael’s mum Liz (pictured) speaks for the first time about her loss and reveals the moment she came face-to-face with her son’s killers

After retreating and returning with Neary, the attack on Michael escalated.

‘They took penalties with his head,’ explains Detective Sergeant Sean Fletcher. ‘They lined him up, they pretended that they were playing football and taking penalties.’

Following the discovery of Michael’s body, a murder investigation was launched. As DS Fletcher remembers, Michael’s injuries were so severe that he was virtually unrecognisable.

‘I was handed a photograph of who we believed it could be, it was a full facial photograph: clear as day, it was a young boy called Michael Moss,’ he says. ‘I can vividly remember holding that picture right next to the face and there was no way from that picture that you could identify that as Michael.’

Shortly after, Michael’s body was formally identified by a member of staff from the children’s home.

Speaking in the documentary, Michael’s mother Liz remembers the horror of being told what had happened to Michael by the police and says: ‘I just went berserk.’ 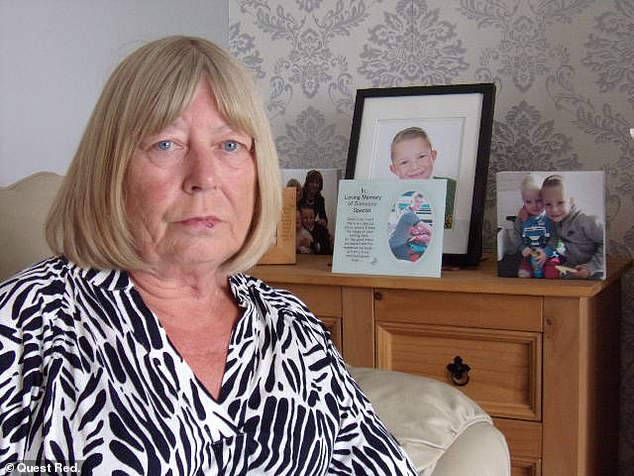 DS Fletcher adds: ‘She reacted in a way that you’d probably expect. Just complete and utter anger, disbelief, didn’t want to hear it. She did everything she could to not hear it from us.’

As the investigation progressed, the evidence against the main suspects – Bentley, McKeefry and Neary – quickly piled up.

Before long, a guilt-stricken Neary turned himself in after confessing the murder to his mother, naming Bentley and McKeefry in the process.

With enough evidence to charge the three boys with murder, police then broke the news to Michael’s grieving mum.

‘I couldn’t believe they were only 15 years of age,’ Liz says. ‘I was just distraught over it. I thought they are so sadistic at what they’ve done to my son. Evil. Just pure evil.’

‘McKeefry and Bentley showed no emotion, which probably fits into what we’ve heard about their mindset and how they were,’ Luke Traynor notes.

Subsequently, Bentley and McKeefry were detained for a minimum of 10 years, Neary for nine years.

In 2006, Graham Neary applied for parole. Asked to provide a victim impact statement at Neary’s parole hearing, Liz came face-to-face with one of her son’s killers for the first time.