More than one in three restaurants and hotels fear they might have to shut for good within the next three months as the sector is badly hit by a second lockdown.

The Office for National Statistics said 34 per cent of businesses in the accommodation and food services sector have ‘little or no confidence’ they will last beyond the end of January.

It comes after Caffe Nero was last week forced to put itself into a Company Voluntary Arrangement, a type of insolvency that allows firms to continue trading while they attempt to get their finances in order.

Founder Gerry Ford, 62, said the second lockdown had pushed the company to act.

The chain has suffered from curbs on socialising, fewer shoppers in town centres and the government advice for workers to stay away from their offices. 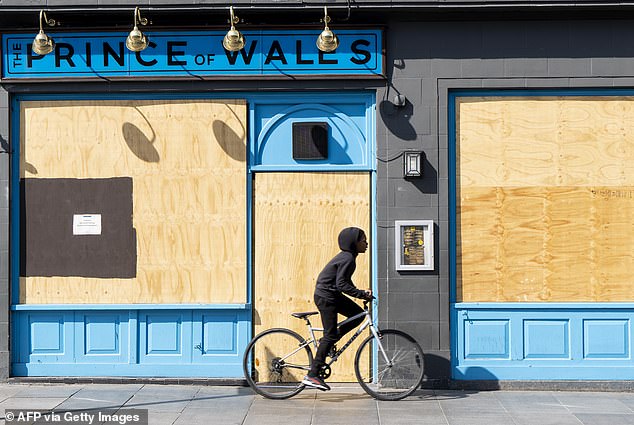 A pub in London which had been boarded up for the second lockdown. There is no suggestion this venue will close

WH Smith confirmed it was set to close 25 shops, putting 200 jobs at risk, after reporting a £280million annual loss.

And Adrian Ellis, the manager of Manchester‘s five-star Lowry Hotel and the chair of the Manchester Hoteliers’ Association (MHA), who believes the industry won’t begin to bounce back until spring 2021.

Mr Ellis said: ‘Sadly, the new regulations have once again decimated the UK’s hospitality industry, which had just begun to dust itself down and assess the damage after the effects of the first UK lockdown.

‘At the moment, the trajectory to reopening and the long-term story is very unclear, as no one yet knows when they can return to work and what will happen pre and post-Christmas.’ 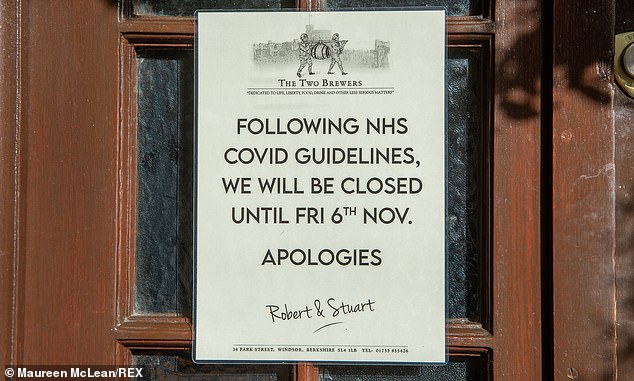 On top of this, more than 5,000 pubs which shut their doors before the latest lockdown could remain closed forever, according to industry experts.

New data shows 30 per cent of Britain’s pubs – around 12,000 sites – had already stopped trading by the end of October compared to just 20 per cent in the same position at the end of September.

Despite Government ministers throwing their support behind Tier 3, there are rumblings of a revamped four-tier system when England finally comes out of its national shutdown on December 2, which could see pubs forced to stay shut and a new 9pm alcohol curfew in Covid hotspots.

Overall, one in seven (14 per cent) British businesses fear they won’t last either, a survey carried out in the first two weeks of November shows. 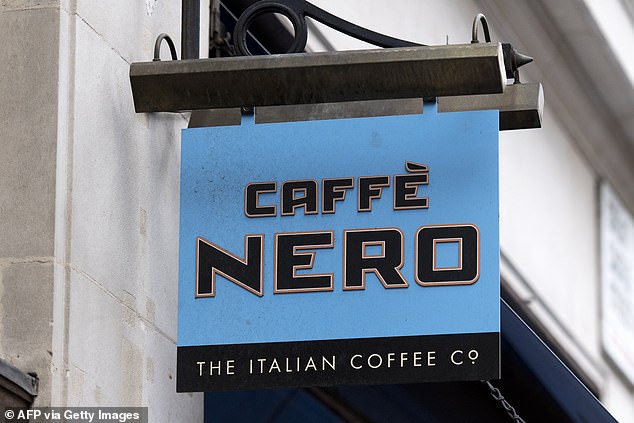 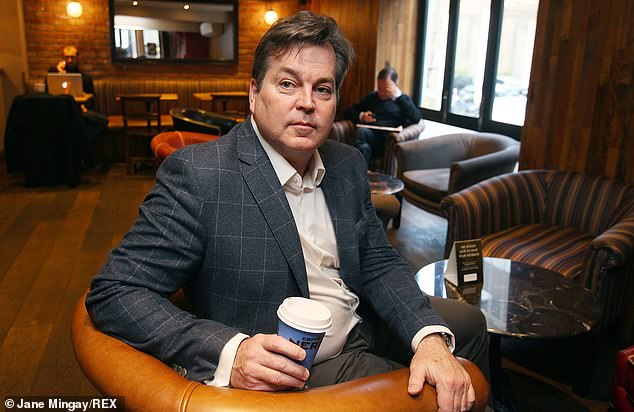 Founder Gerry Ford (pictured), 62, said the second lockdown had pushed the company to act. He has appointed leading accountants KPMG to advise on the CVA

It casts a strong light on the struggles many businesses are facing across the UK, as a wave of second lockdown measures were implemented by central and devolved governments.

The ONS said 13 per cent of the businesses it surveyed said they had paused trading and did not intend to restart within the next two weeks at the time the form was filled out.

The worst hit sector is accommodation and food, where just 63 per cent of companies are currently trading. 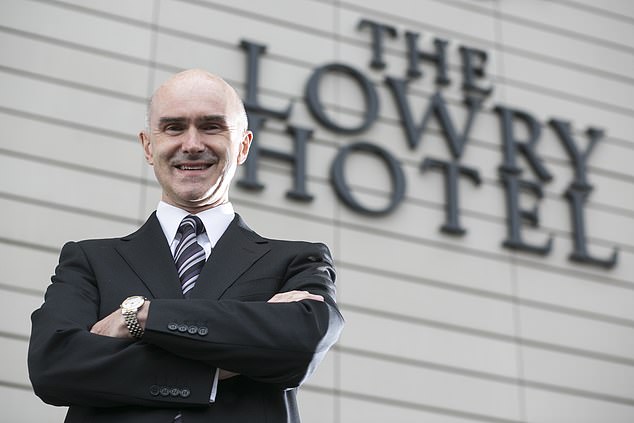 Adrian Ellis, the manager of Manchester’s five-star Lowry Hotel, who says the UK’s hospitality industry will be ‘decimated’ by the new lockdown

Administrative and support businesses, and those in the arts, entertainment and recreation space, are the second and third worst-hit, with only 75 per cent and 76 per cent of those companies still trading.

Thousands of businesses up and down Britain have been forced to close several times over the past year.

While most pubs hope to be able to reopen when restrictions allow, monitoring by analysts CGA and AlixPartners estimate that 43 per cent of these – around 5,160 – will not.

‘TIER THREE WORKED’: TOP ADVISERS BACK MEASURE THAT IS LESS RESTRICTIVE THAN A FULL LOCKDOWN

Two senior Government advisers have today signalled their support for Tier Three, insisting it was curbing the spread of coronavirus infections in the worst affected regions of England before the national lockdown.

The measure – which has previously been backed by experts – is less restrictive than the blunt tool of a national lockdown because it allows restaurants, shops and, in some cases, gyms to remain open.

Dame Angela revealed she was confident that the measure had successfully reigned in Covid-19 transmissions.

She told the briefing: ‘When I look at the North West and the North East, when I look at what’s happened with the ONS surveys there, I see interventions that have worked, I see epidemics that are flattening. There is some good news there.’

And Dr Hopkins also bolstered support for the Tiered system – and especially Tier Three – as a way to curb infections.

Explaining Government graphs showing falls in coronavirus cases in formerly Tier Three North West, North East and Midlands regions, she said: ‘What you see is, even before national restrictions were brought in, in the parts of the country where the amount of infections was already very high the progress of the epidemic had already flattened off – that’s the North West and Yorkshire and Humber.

That figure will be even worse if lockdown restrictions continue as the chains slim down their own estates to shed the worst performing sites while independents find they can no longer afford to keep the business going.

CGA’s regular Market Recovery Monitor found that only half (52.8 per cent) of pubs in England’s Tier 3 areas were open at the end of October as they were able to provide ‘substantial meals’ in line with guidelines.

Many have tapped into Government support, furloughing their staff and taking out Government-backed loans.

But that has not stopped many businesses from going bust, and hundreds of thousands of people have lost their jobs since the pandemic began in March.

Other ONS statistics show the economy is still much slower than usual. For instance it reported road traffic is around 22 percentage points lower than it was in early February.

Its figures show the total number of online job adverts increased slightly earlier this month, but are still only at 68 per cent of the average from last year.

The proportion of adults shopping for anything other than food or medicine halved to only 10 per cent, the lowest level since the middle of June.

Caffe Nero’s Mr Ford, who set up the business in 1997, has appointed leading accountants KPMG to advise on the CVA.

His hope is that he will now be able to renegotiate rent agreements with landlords and reduce costs, which would enable the company to rebuild its business when the pandemic ends.

Caffe Nero was forced to shut down completely for several months during the first lockdown and is now able to offer takeaways only.

It employs more than 6,000 people in 800 stores in the UK but said it hopes closures and job losses will be minimal.

Many of its outlets are situated in town and city centres and in transport hubs, meaning it has lost vast amounts of custom due to people working from home.

‘With our dine-in facilities now closed for a second time, we have little option but to launch this CVA to safeguard the future of our business,’ Mr Ford said last night.

Prior to the pandemic the chain had been trading strongly, with a long unbroken record of growth in sales, he said.

‘However, like so many businesses in the hospitality sector, the pandemic has decimated trading, and although we had made significant progress in navigating the financial challenges of the first lockdown, the second lockdown has made it imperative that we take further action.’

Sir Keir Starmer has demanded a rethink on the 10pm pubs curfew after the blanket lockdown ends in England, insisting it had not worked’.

The Labour leader raised the prospect that he could withdraw support for the controversial policy – leaving Boris Johnson at the mercy of a major Tory rebellion.

The hospitality industry, along with non-essential retail, has been closed down until December as part of the national squeeze.

But there is already furious wrangling over the shape of the curbs after the measures lapse.

In an LBC phone-in this morning, Sir Keir said he supported what the government had been ‘trying to achieve’ with the curfew, but it ‘didn’t work’.

He suggested that closing times should be spread out so people did not pour out on to the streets all at once, and indicated that off-licences should be shut at the same time to discourage after-hours partying.

‘I do think we get the chance to look again at the 10pm curfew,’ Sir Keir said.

‘We saw people crowding out at 10pm. There is a smarter way of doing this. I think that if you were to stagger that differently so people left at different times it would be far better.’

Sir Keir pointed to the groundswell of Tories who have been opposing curfew. ‘Lots of people… think this needs to be reviewed. There’s a lot of work for the government to do over this four week period,’ he said. 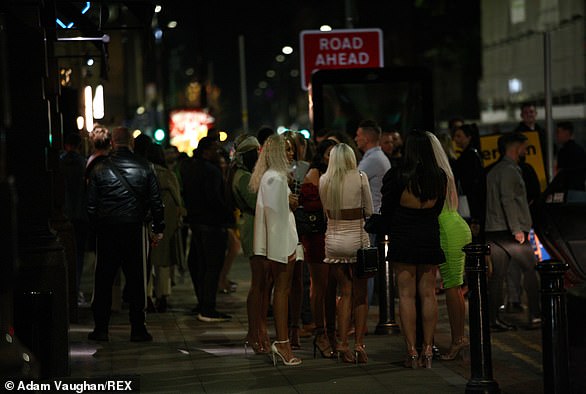 Sir Keir suggested that closing times should be spread out so people did not pour out on to the streets all at once (pictured, Manchester last month)

He said the curfew in Wales had been ‘smarter’ than in England, with closing times staggered.

‘They also smartly closed the off licences at 10 o’clock, the same time,’ he added.

‘What was happening at various parts across England was people coming out of the pubs and going straight to the off licence.

‘That was making people stay around in the city squares for longer.’

The move comes amid claims Mr Johnson believes he was bounced into ordering a second national lockdown.