Motorists have been told to brush up on their road rules after flunking a simple quiz about crossing unbroken white lines.

The Royal Automobile Club of Queensland shared a photo to Facebook asking which vehicles are legally allowed to turn.

They shared a picture of three cars and a truck in a variety of different scenarios.

‘#QuizTime – which vehicles can make these turns legally?’ they wrote. 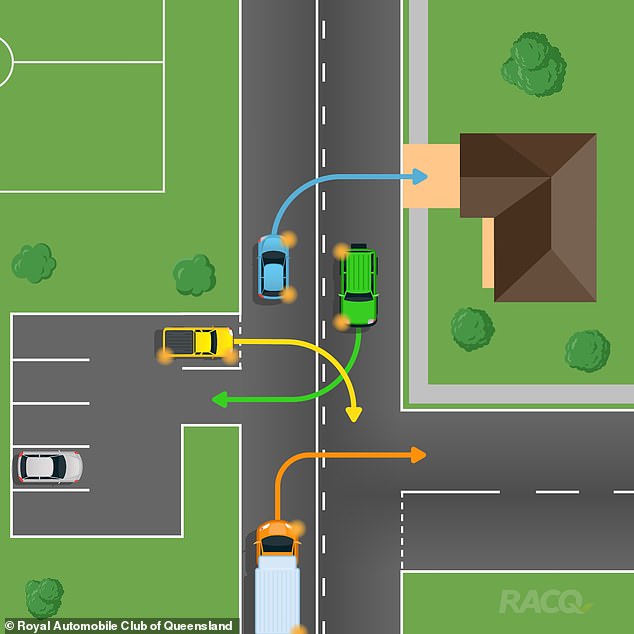 An orange truck was also in the picture waiting to turn right onto another street.

The quiz sparked a heated debate among social media users.

And while some drivers were confident they were right, others were left scratching their heads.

‘You cannot cross a straight white line, it’s the law,’ one said.

‘B, it is the only turn that is on a broken line, all others turn against a solid line (illegal),’ another said.

‘I’m not 100 per cent on the truck. Mind you, he’s bigger than the others, so I wouldn’t stand in his way if he started turning – whether or not he is allowed to!’ a third added.

When is it legal to cross an unbroken white line?

But others were more focused on the bizarre intersection.

‘No idea, but the lines and arrows, pure Art, Pollock-esque,’ one said.

‘Time to design a less confusing and therefore safer intersection,’ another said.

‘The correct answer is give it plenty of right foot and hope for the best,’ a third joked.

‘#QuizAnswer – D! A driver can cross a single continuous dividing line if they are entering or leaving the road e.g. turning to enter a side road, a driveway or a car park,’ they wrote. 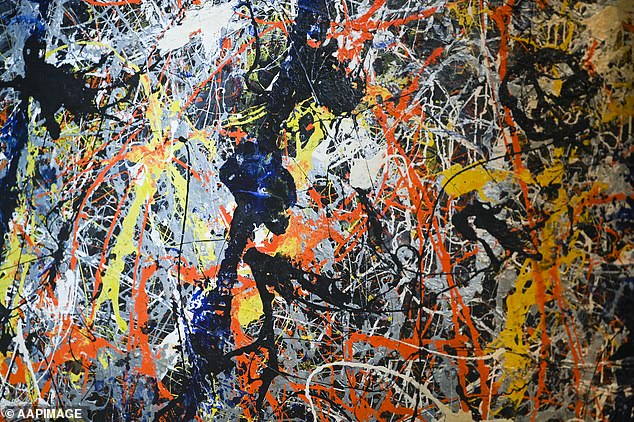