A woman was seen to have red marks on her chest and a neck bruise hours after she says she was raped by footballers Jack de Belin and Callan Sinclair, a jury has been told.

NRL star de Belin, 29, and his 23-year-old friend have pleaded not guilty to the aggravated sexual assault of the woman after meeting her late on December 8 in a Wollongong bar. 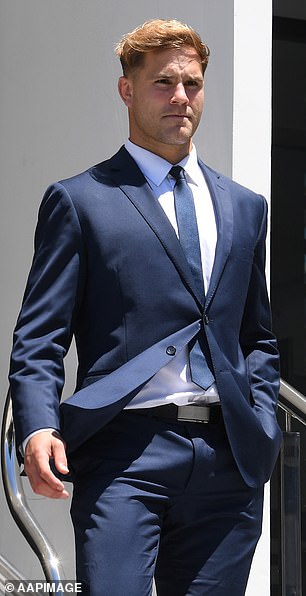 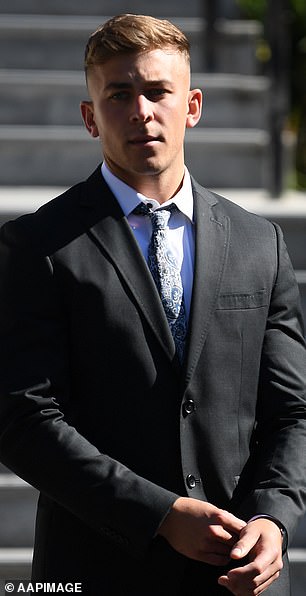 The woman has testified that she thought the trio was headed to another club before St George Illawarra player de Belin led them to a North Wollongong unit where she says she was sexually assaulted.

Giving evidence in Wollongong District Court on Friday, Dr Ellacott said the woman’s history included leaving a club with the two men before being sexually assaulted by them in an apartment, during which hands were around her neck at different times.

She also said she was given $50 to ‘keep her mouth closed’.

Dr Ellacott reported seeing areas of mild tenderness and redness on her chest below her neck, a graze on her right shoulder and a bruise on the right side of her neck.

She had no visible injuries to her genital region.

Dr Ellacott said such injuries are seen in the minority of sexual assaults.

Prosecutor David Scully referred her to the woman’s evidence of twice having had pressure applied to her neck when she felt like she couldn’t breathe. 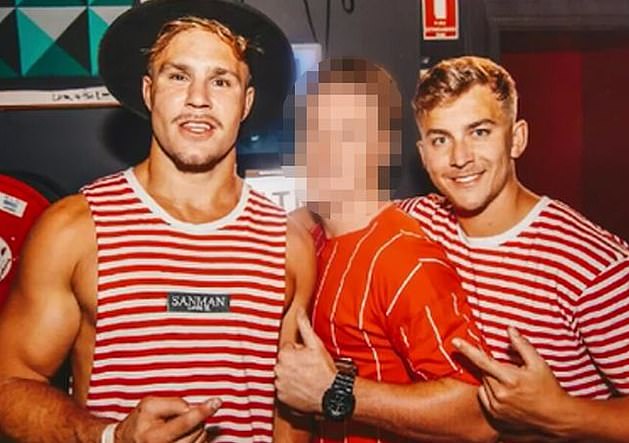 Dr Ellacott said she couldn’t comment on whether one would expect to see fingermarks or any other visible injuries immediately after, if that had occurred.

‘Because marks and bruises can appear later and change over a period of time,’ she said.

She then said she would not necessarily expect to see finger marks around a neck after force was applied, as it can happen without causing marks.

De Belin’s barrister David Campbell SC suggested redness to the chest can be caused by many circumstances, including friction, sunburn and poor-fitting clothes.

The trial is continuing.