A tradesman sitting down to a bacon and egg breakfast has blasted a ‘pushy’ vegan activist who heckled him while he ate.

The video posted to TikTok shows a man wearing hi-vis in an outdoor dining area at Chatswood on Sydney’s north shore, about to tuck into his breakfast.

Standing beside him is a woman dressed in a pig costume holding a sign that reads ‘there is no humane way to kill someone who wants to live’.

‘I’m trying to eat my food and you’re pushing crap,’ the man said.

The animal rights activist remains calm and questions the hungry diner about his dietary choices.

‘You don’t think that your whole life you have been pushed crap by the meat and dairy industry?’ She asked.

The man becomes more frustrated and says, ‘I just think you are full of s**t so just go away’.

At this point, another diner at a different table takes exception to the tradie’s tone.

‘You don’t have to talk to her like that,’ the other woman said.

To which the man replies: ‘I’m entitled to my peace. I’m in a public area. I’m just trying to enjoy my food’.

But despite anger in the man’s voice, the lone vegan campaigner continues to heckle the diner. 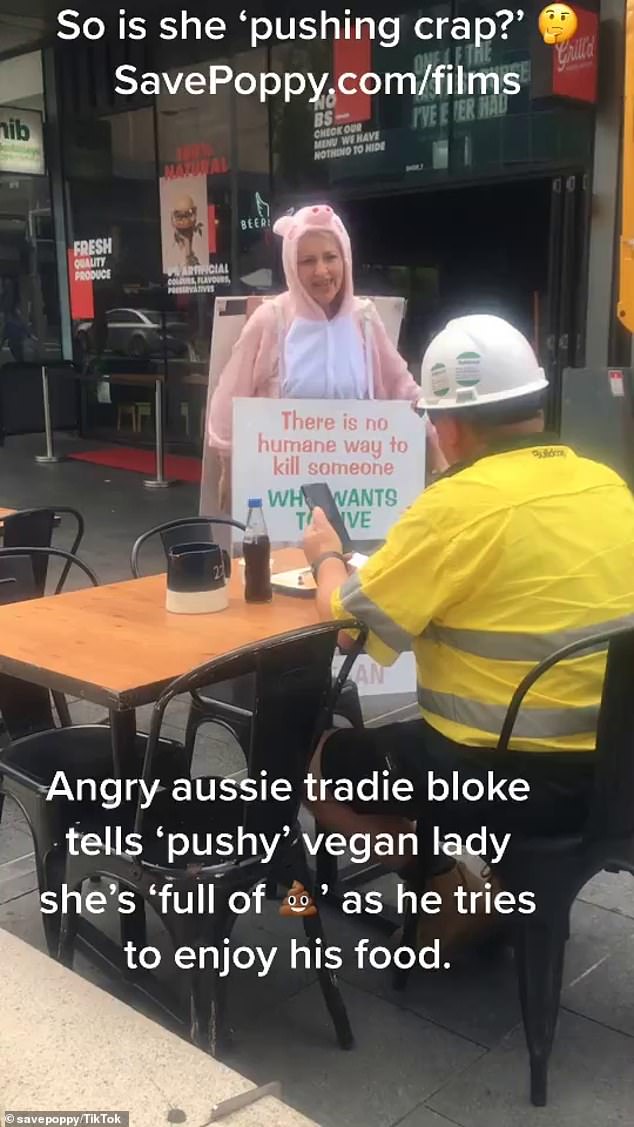 Pictured: A tradesman sitting down to bacon and eggs has blasted a ‘pushy’ vegan activist who heckled him while he ate 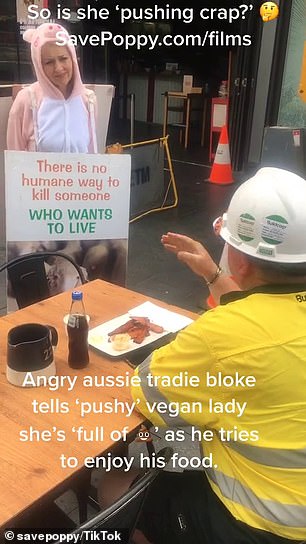 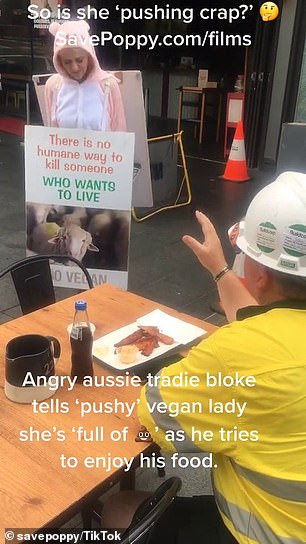 ‘Do you think it is necessary to hurt animals for a meal you don’t need,’ she asked him.

The video that was posted with the caption: ‘Angry Aussie tradie bloke tells “pushy” vegan lady she’s full of s**t as he enjoys his food’ has now garnered almost 25,000 views, after just ten hours.

Some commenters said the man was too harsh and overreacted.

‘It’s a public space, she has every right to be there,’ one person wrote.

But others slammed the woman’s tactics and said it gives other animal rights activists a bad name.

‘This is why people don’t like vegans, you can promote your cause in a much better way,’ a social media user wrote.

‘There’s no need to shame people for simply just eating their food.’ 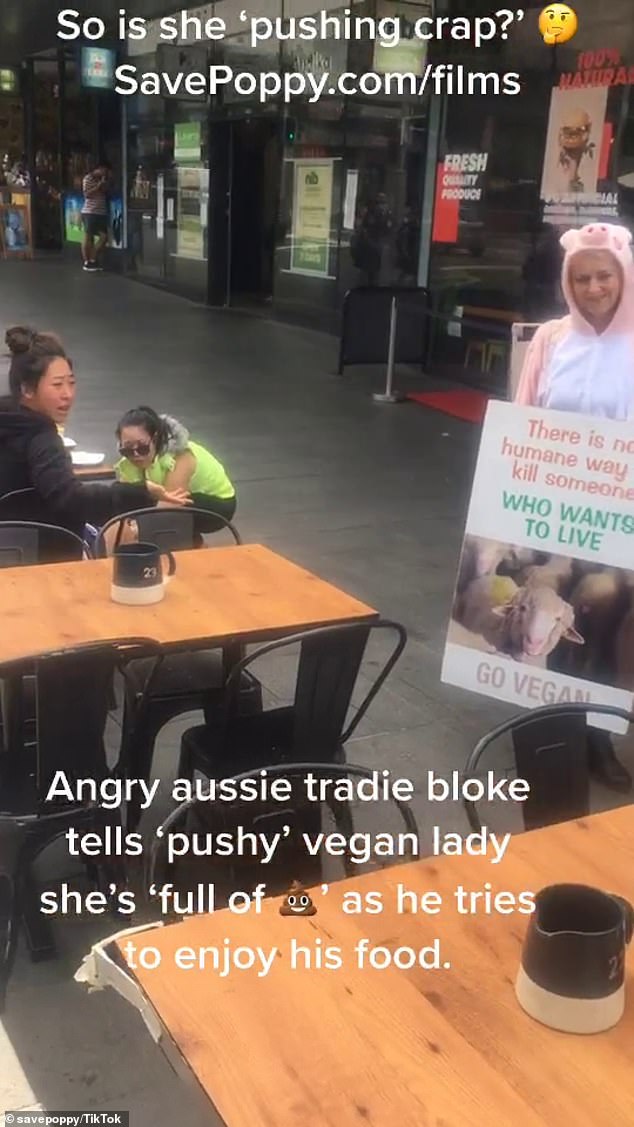 Some commenters online said the man was too harsh and over-reacted, but others slammed the woman’s tactics and said it gives other animal rights activists a bad name