Six people, including two police officers, have been shot outside a North Carolina nightclub, police said.

The Gastonia Police department said Sergeant E. Nelson and Officer M. Lewis were shot when they ‘attempted to de-escalate an affray’ at Remedies nightclub in Gastonia.

The officers and four patrons sustained non-life-threatening injuries in the shooting, which took place at around 11pm local time on Thursday, the police department said in a statement posted to Facebook. 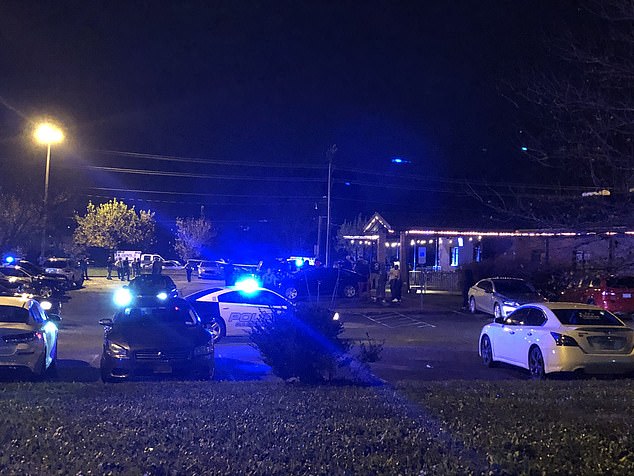 Pictured: Police attend the scene of a shooting in which two officers and four others were injured outside Remedies nightclub in Gastonia, North Carolina on Thursday

Two suspects have been named as Alonzo Lewis Hamilton and Allen Slaughter.

They are in custody and have been charged with six felony counts each of assault with a deadly weapon with intent to kill inflicting serious injury.

The Gastonia Police statement did not provide details of the ‘affray’ that the officers had been trying to resolve prior to the shooting but said the officers were ‘working off-duty’ at the time.

The police have requested anyone with information on the incident to contact them. 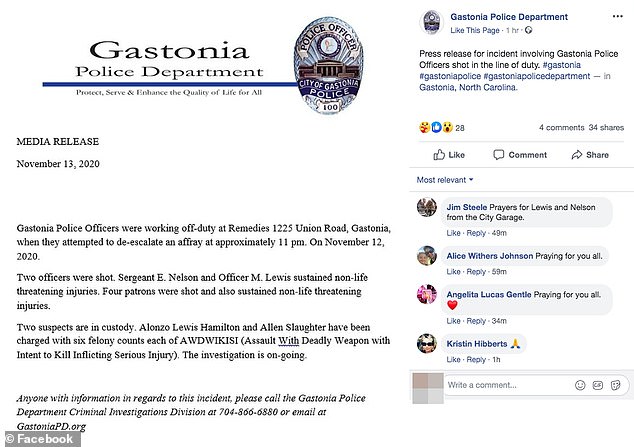