Joe Biden bashed President Donald Trump Tuesday as a ‘conman’ who appeals to the worst in Americans as he claims the president has ‘waved the white flag’ in surrendering to the coronavirus pandemic.

The former vice president made his remarks in Warm Springs, Georgia, a town known for its mineral springs – and he vowed to be the man who will ‘heal this nation’ as Hunter’s daughter, Finnegan, joined him for the trip down south.

‘Time and again throughout our history, we have seen the charlatans, the conmen, the phony populists — who have sought to play to our fears, appeal to our worst appetites, and pick at the oldest scabs we have for their own political gain,’ Biden said during his campaign stop.

‘They appear when the nation has been hit the hardest and we’re at our most vulnerable,’ he continued, in reference to Trump. ‘Never to solve anything. Always to benefit themselves.’

Biden also attempted to appeal to the large demographic – nearly 85 per cent – of Christians in Georgia by quoting Pope Francis, who has been an open critic of Trump since his candidacy in 2015, in calling the president a ‘populist.’ 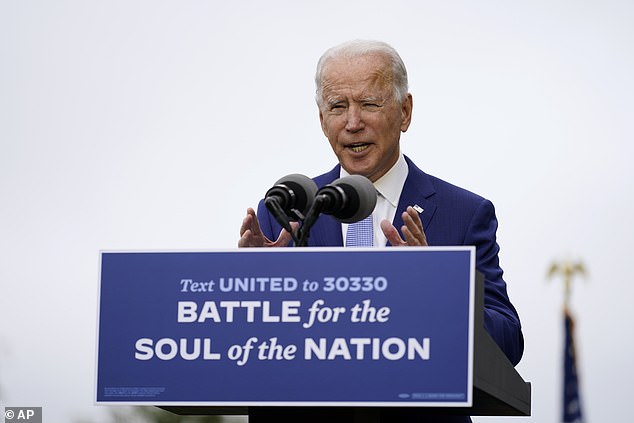 Democratic nominee Joe Biden called Donald Trump a ‘conman’ during remarks in Warm Springs, Georgia Tuesday as he claimed the president has surrendered to the pandemic 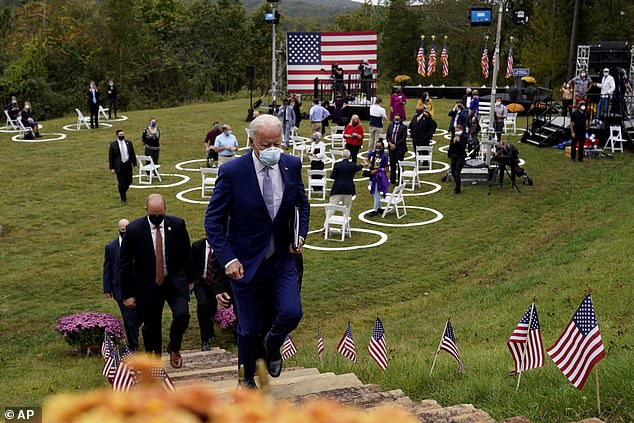 ‘Time and again throughout our history, we have seen the charlatans, the conmen, the phony populists — who have sought to play to our fears, appeal to our worst appetites, and pick at the oldest scabs we have for their own political gain,’ Biden said, referring to Trump 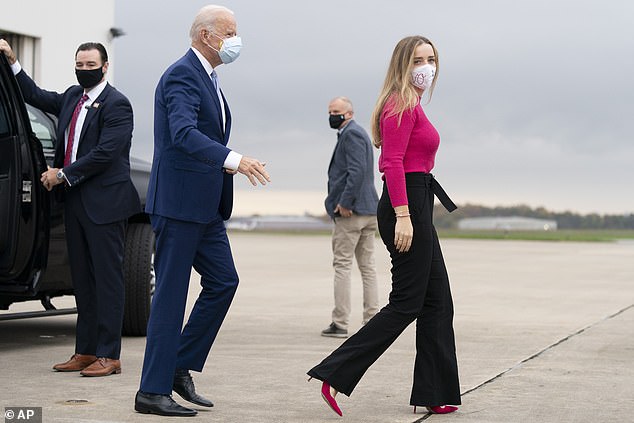 ‘In his recent encyclical Pope Francis warns us against this phony populism that appeals to the ‘basest and most selfish’ instincts,’ Biden said. ‘Then he says this: ‘Politics is something more noble than posturing, marketing and media spin. These sow nothing but division, conflict and a bleak cynicism’

‘Pope Francis has asked questions that anyone who seeks to lead this great nation should answer,’ Biden said, referring to his question on why people seek leadership.

‘And my answer is this: To unite this nation. To heal this nation,’ Biden said.

For much of his remarks at Mountaintop Inn & Resort in Warm Springs, Biden focused on the president’s response to the coronavirus pandemic, which he has deemed dismal and has been one of the major attack lines of the former vice president’s campaign.

‘Today we are facing a public health crisis of historic proportions, and with winter at hand, it’s getting worse,’ Biden said, repeating his notion that Americans are heading into a ‘dark winter’ with the threat of COVID-19 still looming.

‘In the spring the President declared that as commander in chief he was going to wage war on the virus,’ he continued. ‘Instead, he’s shrugged. He’s swaggered. And he’s surrendered.’

Trump’s campaign manager Tim Murtaugh claimed Biden’s remarks are ‘despicable’ and that America ‘would be in a worse position today if he had been president at the time’ of the COVID-19 outbreak.

‘Joe Biden today continued his despicable politicization of the coronavirus crisis, while being completely unburdened by the responsibility of leadership,’ Murtaugh said in a statement on the matter. ‘While President Trump led the nation in the unprecedented battle against the Chinese virus, Biden sat in his basement and suggested nothing that President Trump had not already done or was not already doing.’

‘Worse, Biden has actively tried to frighten people away from taking the life-saving vaccine when it is ready, preferring instead to score political points at the cost of people’s lives,’ he said.

‘And then his Chief of Staff makes a stunning admission. Saying, quote, ‘we’re not going to control the pandemic,’ Biden said, referencing Meadows talking over the weekend of the White House coronavirus strategy.

‘It’s a capitulation — a waving of the white flag,’ he added.

‘And it’s a window into a shocking truth about this White House. They never even tried,’ Biden claimed.

Meadows revealed Sunday that the White House is focusing on creating and distributing therapies and a vaccine for coronavirus, rather than mitigate the threat and stop the spread. 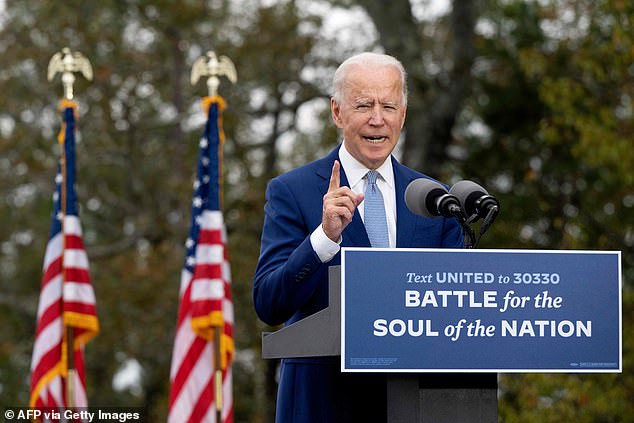 ‘In his recent encyclical Pope Francis warns us against this phony populism that appeals to the ‘basest and most selfish’ instincts,’ Biden said in reference to the affect Trump has on Americans 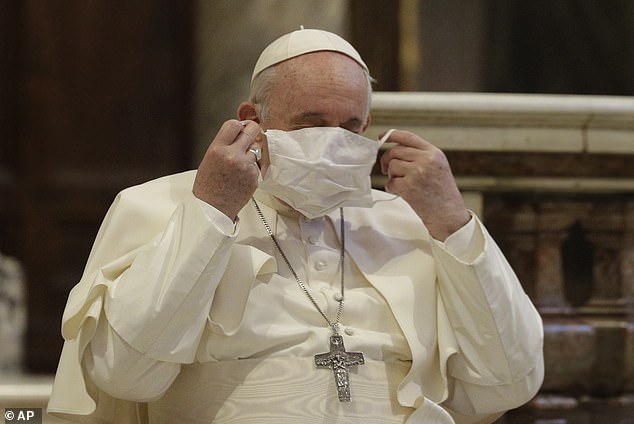 ‘Why aren’t we going to get control of the pandemic?’ CNN’s Jake Tapper asked.

‘Because it is a contagious virus, just like the flu,’ Meadows reasoned.

He assured the White House is still making efforts to ‘contain’ the virus but not to ‘control’ it.

Biden went on the offensive in his Tuesday stop in Georgia, a red state that is now considered to be a ‘toss up’ in the 2020 presidential election by Cook Political Report.

The location was also significant since it has been lauded for potentially having ‘healing’ or therapeutic properties in the warm mineral springs.

Franklin D. Roosevelt would frequent the town to bathe and exercise in the water as he was diagnosed with Polio and eventually became paralyzed.