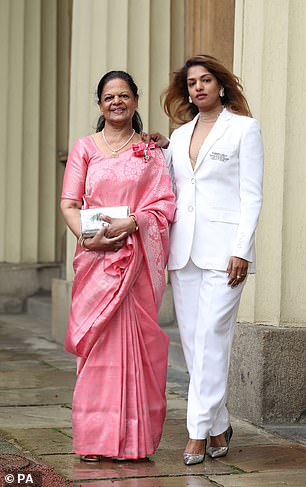 M.I.A, with her mother, accepted an MBE medal from Prince William for services to music this week

She is an outspoken rapper who rails against the political establishment.

So it was a surprise to some fans when M.I.A. accepted an MBE medal from Prince William for services to music this week. It has emerged that the honour had a very personal meaning for the star – real name Mathangi Arulpragasam.

Her mother stitched the pink ribbon attached to the medal she received at Buckingham Palace. Kala Pragasam spent 33 years hand-stitching the ribbons on the medals given to honours recipients.

Her rapper daughter, 44, said it was the only ‘non-English speaking manual labour’ her mother could find after she sought asylum in the UK after fleeing Sri Lanka’s civil war.

Sharing a picture of herself and her mother with the pink MBE ribbon at the Palace, Miss Arulpragasam wrote proudly: ‘Mum actually made this one. They don’t make this ribbon any more. I actually got one of the MBE medals she stitched.’

The singer, whose M.I.A. moniker is a play on her real name and the term ‘missing in action’, was awarded the gong in the Queen’s Birthday Honours. Her hits include Paper Planes, which featured on 2008’s Slumdog Millionaire film soundtrack.

Miss Arulpragasam, who was born in Hounslow, west London, said she accepted the accolade in honour of her mother, who ‘worked for minimum wage to give us a better life’. 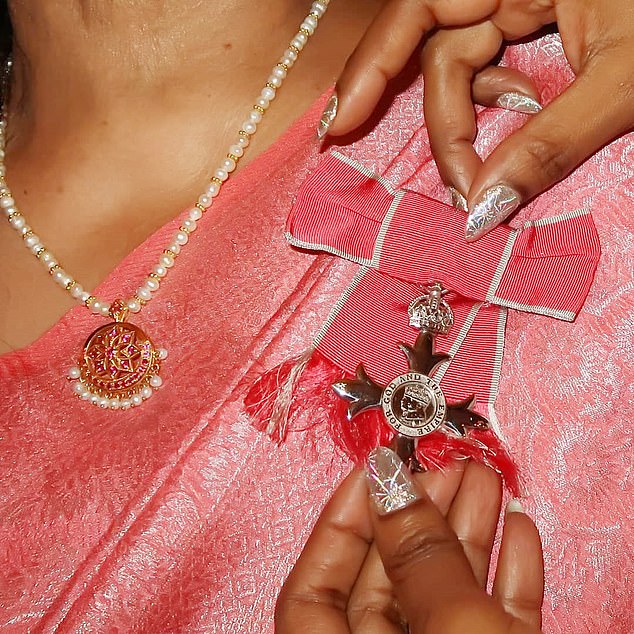 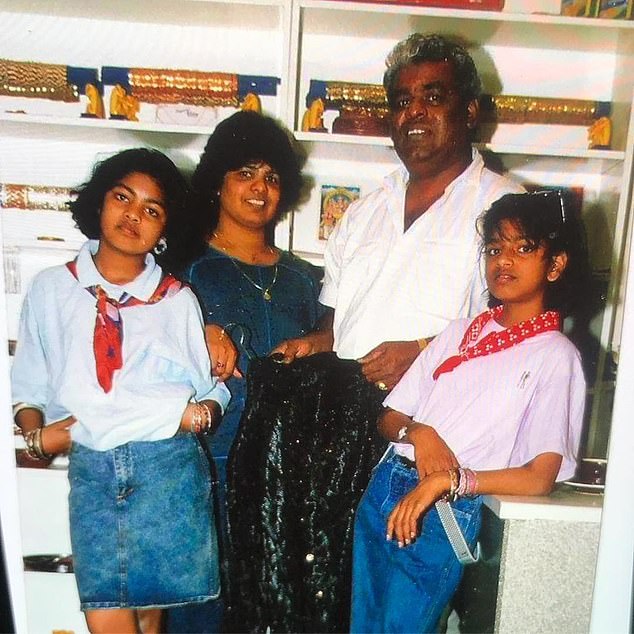 She added: ‘As a working-class first-generation immigrant it’s great to be recognised for my contribution.

‘Having freedom to speak my truth and to do it through music has helped me speak for those who do not have those privileges. I will continue to fight for those who are silenced or persecuted by others.’

Although Miss Arulpragasam was born in the UK, she returned with her Tamil parents to Sri Lanka when she was a child. After civil war broke out, the family came back to England and they were housed as refugees in south London.

The singer, who has a ten-year-old son, Ikhyd, was pictured outside a London court on Monday in support of WikiLeaks founder Julian Assange as he fought extradition to the US.