A Thai soldier killed his commanding officer before gunning down at least 12 people while livestreaming the shooting spree slaughter and posing for selfies.

Soldier Jakrapanth Thomma shot his commanding officer along with two other soldiers at his base before tearing away in a jeep, according to Bangkok Post.

As he drove towards the Terminal 21 shopping mall, he sprayed bullets at civilians.

He is believed to have now taken hostages at the shopping centre.

‘The gunman used a machine gun and shot innocent victims resulting in many injured and dead,’ a police spokesperson said, with local media reporting as many as 12 fatalities.

A police spokesman added that several people had been wounded in the rampage. 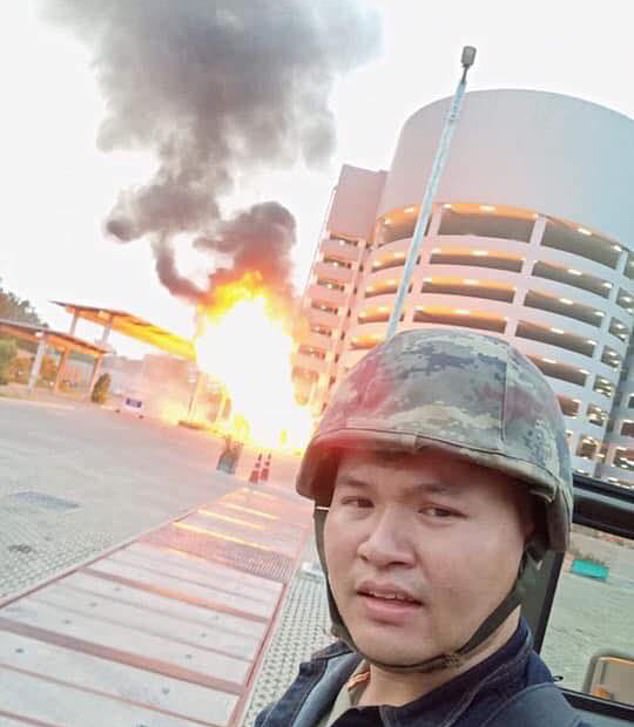 A picture shows Jakrapanth Thomma, who is the alleged attacker, in front of an explosion at the mall today

Thai Rath, the country’s biggest selling daily newspaper, said he took a selfie in the midst of the attack.

According to police, the soldier stole a vehicle from his barracks before attacking people with an assault rifle in the city, which is also known as Nakhon Ratchasima.

‘A 2km radius around Terminal 21 in Khorat city has been put in lockdown after a soldier went on a shooting rampage. Local media are reporting multiple deaths,’ said a British expat on Twitter. ‘This is ongoing.’ 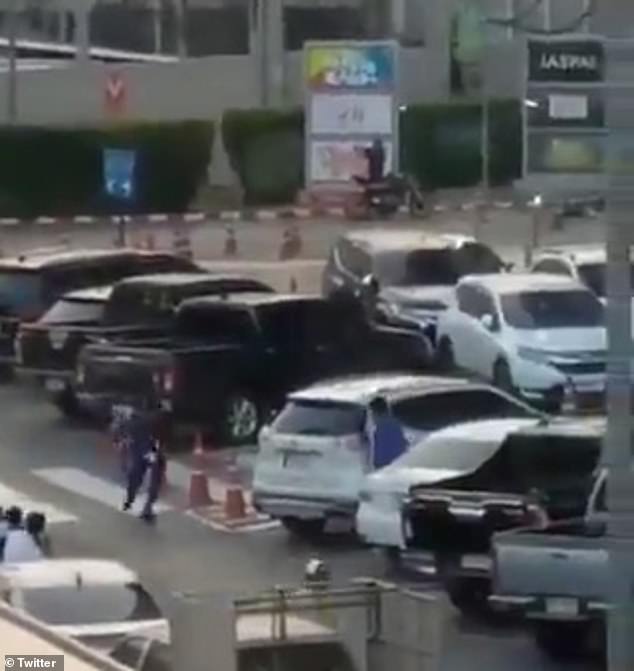