In yet another blow President Trump‘s aggressive legal strategy to fight the election results, a campaign claim that a ‘dead’ person voted in Georgia has been shot down – by the 94-year old widow who cast the ballot.

Agnes Blalock, of Covington, Georgia, tells DailyMail.com that she cast a legitimate ballot in the elections.

The Trump campaign had blasted out an online appeal listing the name of her late husband, James Blalock of Covington, as among hundreds of ‘dead’ people who had voted, in what the campaign said was evidence of voter fraud. 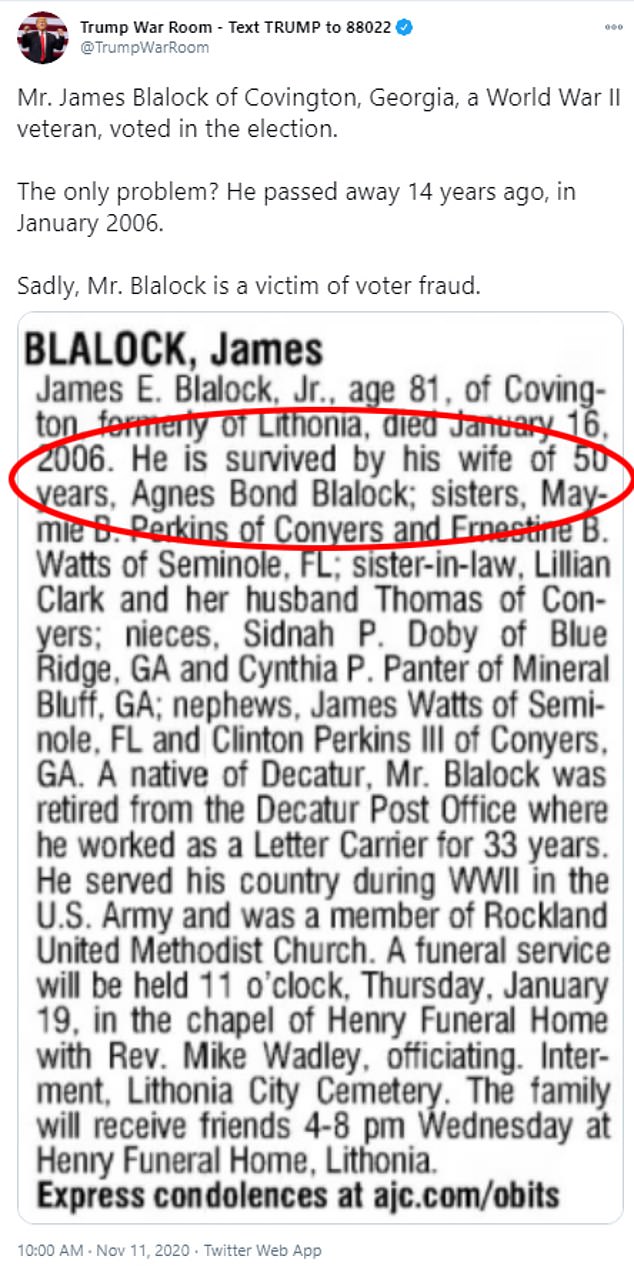 The Trump War Room claimed a vote was cast for Mr. James Blalock despite him having passed away in 2016. In fact, his widow says she is the one who cast the ballot legitimately

But in the case of the widow Blalock, the confusion occurred when she honored her late husband by writing her name, identifying herself as Mrs. James Blalock – a practice that was common decades ago but is not in keeping with current trends.

Mr. Blalock died 16 years ago. According to his obituary, he was a letter carrier in the Decatur post office for 33 years, and served in World War II in the army.

Agnes Blalock said she was going to address the problem, as Georgia goes through a hand recount of the race where Joe Biden leads by 14,000 votes.

‘I’m going to get that changed,’ she said.

She did not respond directly when asked how she felt about the Trump campaign listing her late husband’s name as someone who had ‘voted’ in its campaign to focus on alleged fraud as it fights the results. 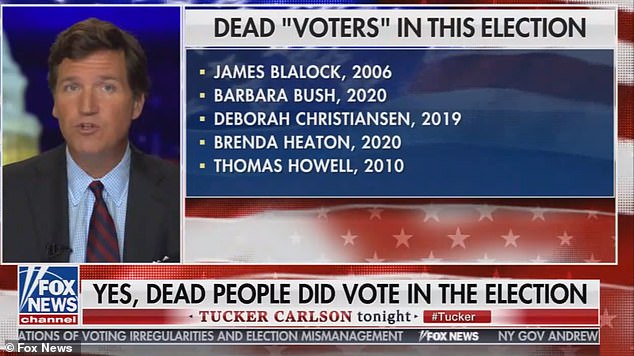 Fox News host Tucker Carlson listed James Blalock as among the ‘dead’ people who voted, based on information gathered by the Trump campaign 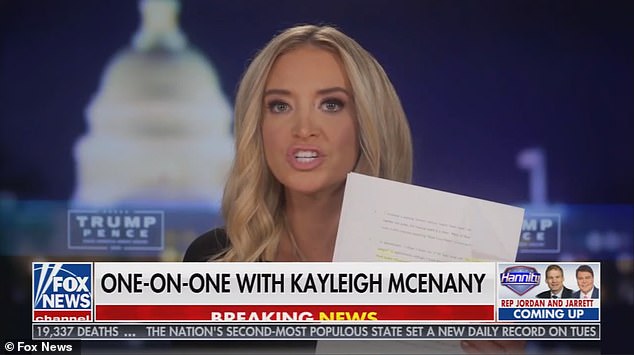 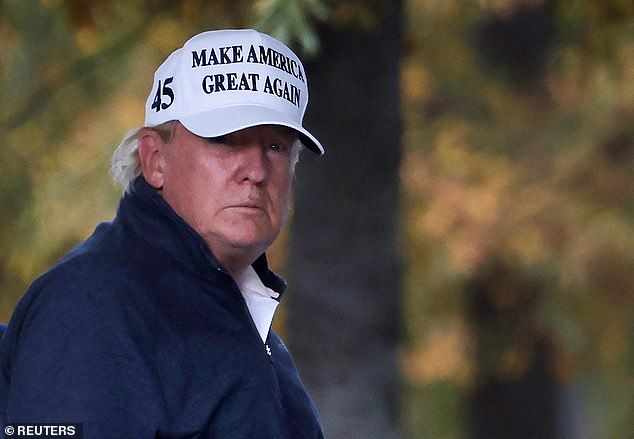 President Donald Trump has refused to concede and has leveled a series of claims about election fraud, without providing evidence

‘That has been straightened out by the elections office in Covington,’ was all she would allow.

Agnes also revealed that while she voted for president, she opted to leave lower offices blank. The state had a pair of Senate races and numerous candidates for voters to sort through. This takes on another fraud contention raised by Trump’s legal team – that thousands of ballots that went solely for Joe Biden were suspicious because they didn’t include selections for down-ballot races.

The head of a Homeland Security ‘rumor control’ task force Tweeted that such undervotes ‘aren’t unusual,’ although he said Thursday he expected to be forced out of his post.

The Trump campaign has repeatedly forwarded claims of dead people voting as just one in a litany of fraud charges they claim occurred in the election, where Joe Biden leads President Trump by 5 million votes and captured enough electoral votes to take the White House.

It wasn’t the only error in the Trump campaign’s list.

The Trump campaign also wrote that a Linda Kesler voted in Nicholson Georgia, even though she ‘died’ 17 years ago.

But according to CNN, this is false. The Elections and Voter Registration director told the network that Linda Kesler did not vote, having been purged from the rolls in 2003 when she died.  However a ‘completely different person,’ with the different spelling Lynda Kesler, did legally vote.

The Trump campaign’s claims were amplified by Fox News host Tucker Carlson, who did a segment on his prime time show with a chyron that said: ‘Yes, dead people did vote in the election.’

Blalock’s name was among those that scrolled across the screen, under a heading that said ‘2020 Voters & the Year They Died.’

Carlson even mockingly recited the Postal Service motto in describing the vote under the impression it was fraudulent.

‘James Blalock cast a ballot in last week’s election. How did he do that? … Maybe James Blalock was just one of those extraordinary mail carriers. Neither the rain, nor snow nor gloom of night, or even death itself, could keep him from the mail. In his case, maybe voting from the grave wasn’t really fraud, it was just commitment,’ Carlson said.

He also brought up Kessler. ‘Linda Kessler died in 2003, 17 years later she was still voting in presidential elections,’ Carlson said.

Other mishaps in the Trump campaign’s legal efforts have involved Trump lawyer Rudy Giuliani’s first witness, who turned out to be a convicted child sex offender.

A Michigan mailman who filed an affidavit swearing he overheard a conversation about backdating ballots later revealed he ‘put two and two together’ and made assumptions.