Rep. Alexandria Ocasio-Cortez (AOC) has defended her support for the ‘defund the police’ movement after Democratic losses in the House.

Party leaders have complained that issues AOC is closely associated with – such as defunding the police and socialism – were weaponized by Republicans in this year’s election season and contributed to Democrat losses.

The congresswoman, who was easily re-elected to a second term last week in her district, defended her position during a virtual town hall event on Thursday during which a 14-year-old student asked her to define the meaning of ‘defund the police.’

While she acknowledged that some critics – including some in her own party – were ‘apoplectic’ over the idea, she complained that too much funding is pumped into the NYPD to the detriment of other preventative safety measures. 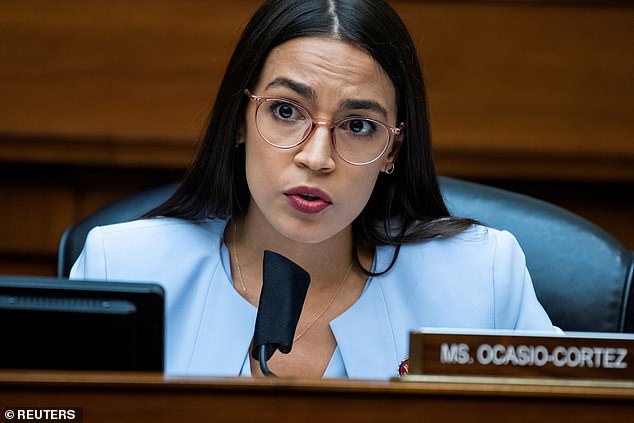 Rep. Alexandria Ocasio-Cortez of New York’s 14th Congressional District has defended her support of the ‘defund the police’ movement after it came under criticism from her own party following losses in the House in this year’s election season

‘I believe the path toward justice is a long arc. Safety is not just an officer with a badge and a gun,’ AOC said. ‘Our [police budget] is too high,’ she added, citing a $6 billion figure for New York’s department.

Unchecked spending on the NYPC ‘becomes a self-fulfilling prophecy’, she said according to the New York Post, and crowds out spending on other societal needs such as housing, health care, mental health services and school counsellors.

She also said that many of her constituents have complained to her that ‘too many people’ are killed by ‘police violence’, with widespread protests being sparked by the killing of George Floyd – a black man – on May 25 in Minneapolis.

‘It’s my job to listen. We need to invest in those other types of safety,’ AOC said. ‘We need to stop being so reactionary,’ she said.

The congresswoman has come under fire over Democratic losses in the House of Representatives last week, but again defended her controversial progressive positions and sometimes being a thorn in the side of her own party’s establishment. 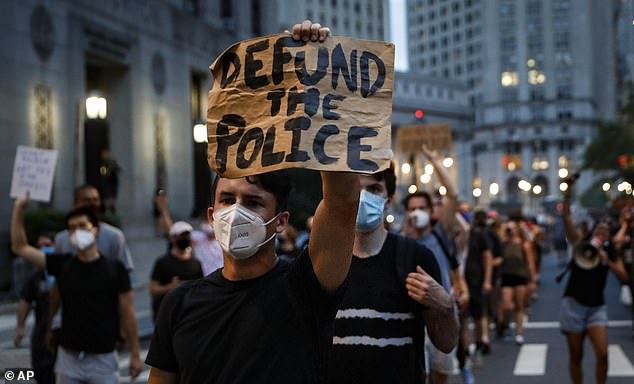 The ‘defund police’ movement garnered traction over the summer as relations between the black community and law enforcement heightened following a string of police-related deaths. Pictured: A demonstrator in New York holding a sign that reads ‘Defund the police’ in June

‘I feel very centered and at peace. This is what you brought me to Congress to do,’ AOC said, adding that she doesn’t just criticize Republicans but sets out to hold ‘all institutions accountable and that includes the Democratic party.’

She went on to say that she would also hold president-elect Joe Biden accountable, and that she intends to follow through with the Green New Deal plan.

She also hit back at Democrats who have suggested that she doesn’t have anything to offer to party to help it win races in swing states because she’s in a safe, Democrat voting district, noting that when she first ran the 14th congressional district was seen as ‘highly moderate’ and even ‘conservative’. 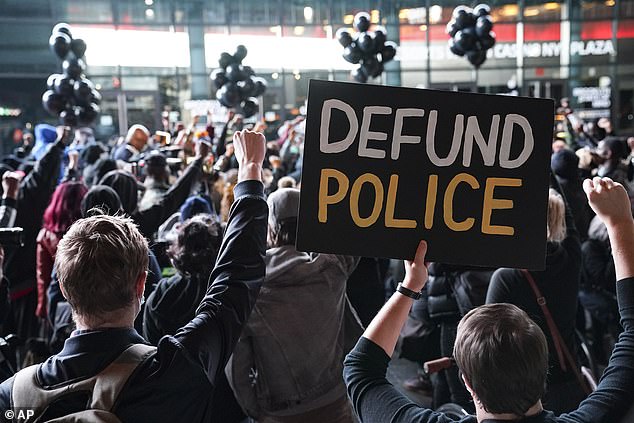 Pictured: A protester holds a sign that reads “Defund Police” during a rally for the late George Floyd in New York in October. Unchecked spending on the NYPC ‘becomes a self-fulfilling prophecy’, AOC said on Thursday 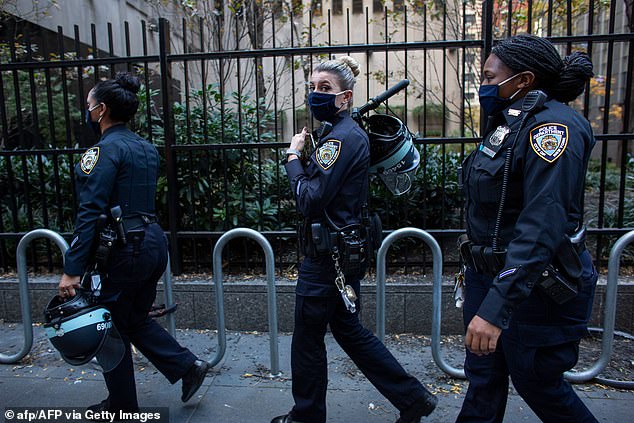 AOC has spoken publicly of the defund the police movement that advocates budget reallocation of police departments to other societal needs such as as housing, health care, mental health services and school counsellors. Pictured: NYPD police officers walk past people celebrating after Joe Biden was declared the winner of the 2020 election

‘I’m not representing a hippie, granola college town,’ AOC told the meeting, but rather that she represents a highly diverse, working class community and a ‘community of organizers’.

Ocasio-Cortez said that it was too early after the election to determine why Democrats fared so poorly in House races in swing states last week without seeing more data.

She did note that the party could be ‘much better in our messaging’ and that ‘we have a lot of room for growth there’, adding that she was ‘encouraged’ that other candidates had sought her advice on how to campaign better.

‘There’s a shift going on,’ the congresswoman said. 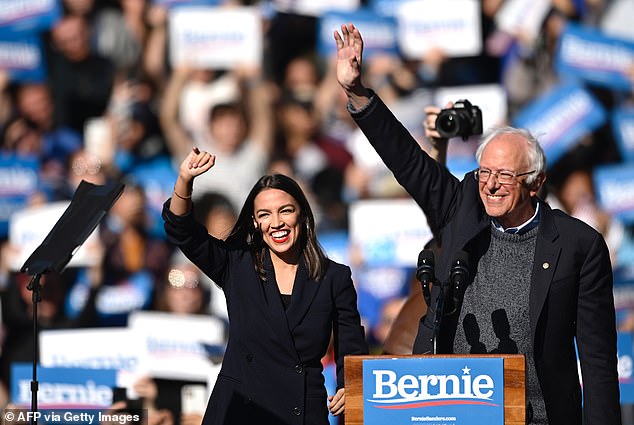 The congresswoman is known for her progressive stance on a number of issues, but has been criticised by members of her own party after Republicans made gains in the House. Pictured: Democratic presidential hopeful US Senator Bernie Sanders (D-VT) and representative Alexandria Ocasio-Cortez (D-NY) together in October 2019

The ‘defund police’ movement garnered traction over the summer as relations between the black community and law enforcement heightened following a string of police-related deaths – starting with George Floyd.

Progressive protesters, and lawmakers, began calling for a complete defunding of police departments, labeling the system as systematically racist and ‘broken.’

The movement gained particular traction following the death of George Floyd on May 25, a 46-year-old black man, who died in Minneapolis after a white police officer – Derek Chauvin – knelt on his neck for almost nine minutes.

Floyd’s death was captured in a video shared widely online sparking outrage across the U.S., galvanizing the Black Lives Matter movement which saw protests in a number of cities, some of which turned violent.