A convicted Brooklyn mafia figure serving a 40-year prison term for his role in several killings in the 1980s and who later became a jailhouse informant has been granted a compassionate release by a federal judge as he is said to be seriously ill.

Gregory Scarpa Jr, 69, who was once a top-ranked member of the Colombo organized crime family, will be released from federal custody, the Brooklyn-based US District Court Judge Edward Korman ruled on Wednesday.

Scarpa Jr is the son of the late Gregory Scarpa, a former Colombo crime family hit man who earned the nickname ‘The Grim Reaper.’ He died in prison in 1994 after contracting HIV.

Scarpa Jr is currently being held at a Bureau of Prisons halfway house in Kansas City, Kansas. He was originally due to be released in 2035. 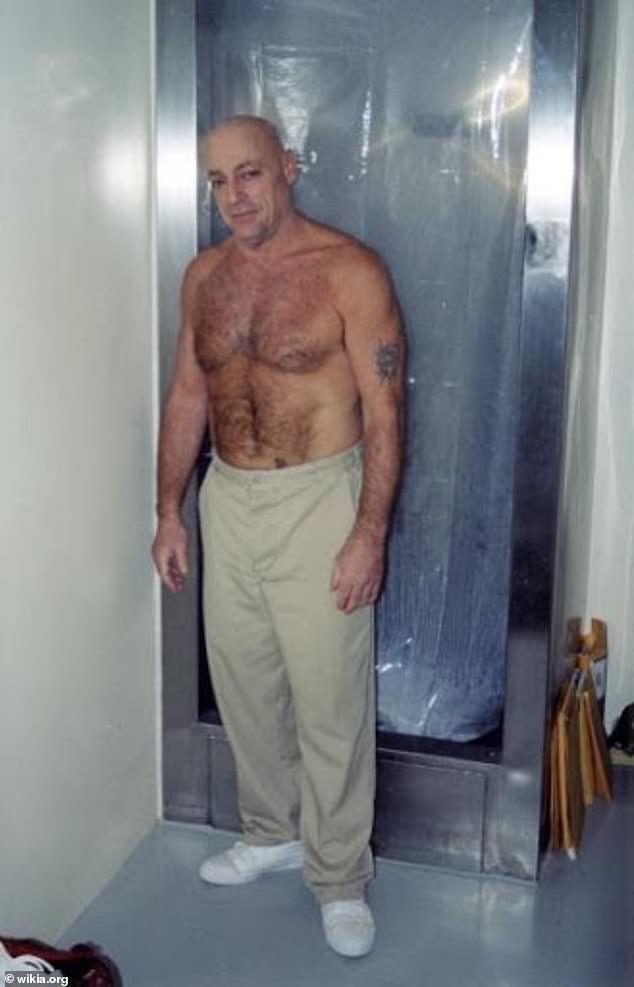 Gregory Scarpa Jr, 69, who was once a top-ranked member of the Colombo organized crime family, will be released from federal custody after a judge granted him compassionate release. A judge cited his deteriorating health brought on by a diagnosis of late-stage cancer 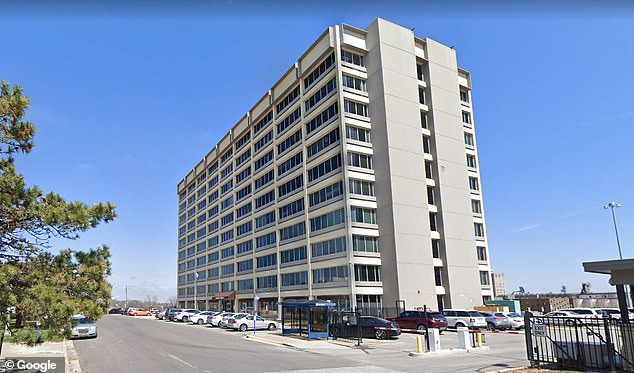 During his incarceration, he has been diagnosed with late-stage cancer. His condition required him to undergo radiation and chemotherapy treatments as well as surgeries, according to the New York Daily News.

Doctors removed a tumor that left a hole in his throat. Scarpa also had his salivary glands removed, which left him in a state where he ‘regularly chokes’ on his food.

In his decision, Korman wrote that Scarpa has had to learn to do the Heimlich maneuver on himself.

‘I do not minimize the evil acts Mr. Scarpa committed over the course of his criminal career,’ Korman wrote in his decision on Wednesday. 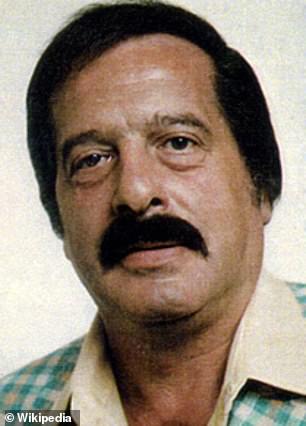 Scarpa Jr is the son of the late Gregory Scarpa, a former Colombo crime family hit man who earned the nickname ‘The Grim Reaper.’ He died in prison in 1994 after contracting HIV

‘The reality, however, is that Mr. Scarpa is a seriously ill man who is unable to care for himself and has little prospect of recidivating.’

The judge said that Scarpa has also started to show signs of Alzheimer’s and early-onset dementia.

According to court papers, Scarpa is likely to live out the rest of his days with his sister in Florida.

In 1999, Scarpa, who at that time was incarcerated for other offenses after he was tried and convicted a decade earlier, was convicted in federal court for racketeering and other offenses.

Scarpa has in recent years asked for early release in exchange for his cooperation with investigators that revealed information related to the 1995 Oklahoma City bombing as well as the 1993 World Trade Center bombing.

While behind bars, the former mobster tipped off federal officials about a cache of explosives found in the former home of convicted Oklahoma City bombing co-conspirator Terry Nichols.

In 2005, Scarpa and Nichols were housed near each other at the notorious Supermax federal prison in Florence, Colorado.

At the time, the former mobster approached the FBI telling them that there was a secret stash of explosives available to Nichols’ henchmen who remained free.

Scarpa initially failed to divulge to the feds the exact location of the explosives, instead showing them an encrypted note written by Nichols.

He offered to try and decipher the code in exchange for a reduced sentence, but the deal fell through after he failed a polygraph test. 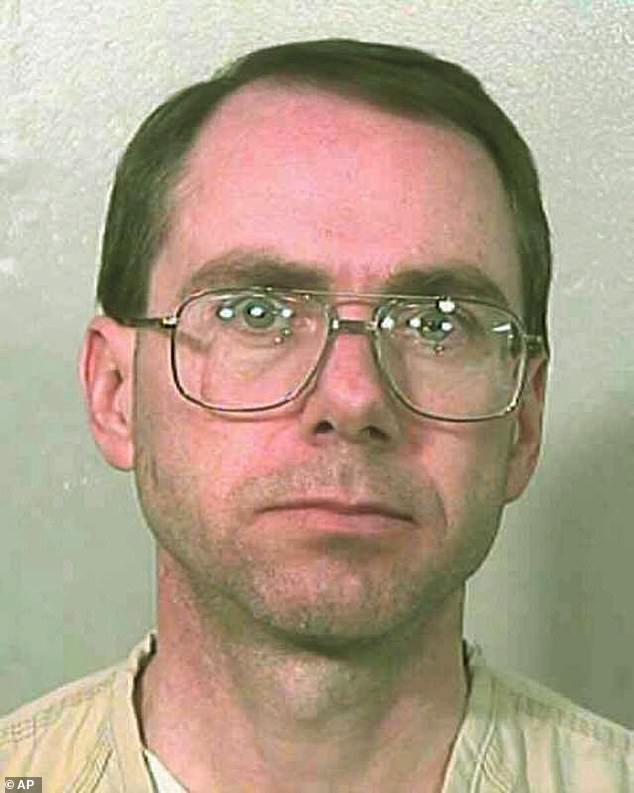 In 2016, Scarpa had his sentence reduced by 10 years after he tipped off federal investigators about a cache of weapons found underneath the former home of Oklahoma City bombing co-conspirator Terry Nichols (pictured in 2000). Nichols and Scarpa were both housed at the Supermax federal prison in Florence, Colorado 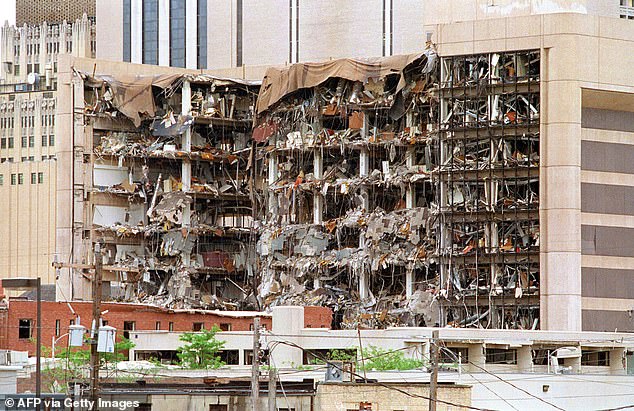 Nichols helped plan the 1995 bombing of the Albert P. Murrah federal building in Oklahoma City. The mastermind of the bombing, Timothy McVeigh, was convicted and executed in 2001

He later revealed to a private investigator that the cache of explosives was buried under Nichols’ home in Kansas, which turned out to be the case.

Nichols is serving a life sentence at the Supermax facility. The mastermind of the bombing, Timothy McVeigh, was executed by lethal injection in June 2001.

This was not Scarpa’s first attempt to have some time shaved off his 40-year prison term.

The mob scion, whose Colombo enforcer father died in prison of AIDS in 1994, began cooperating with the feds in 1996, after he found himself in a cell on the 9th floor tier of the Metropolitan Correctional Center (MCC) the federal jail in lower Manhattan with al Qaeda terrorist Ramzi Yousef, the mastermind the 1993 World Trade Center bombing.

The Colombo foot soldier became an FBI informant after convincing his neighbor that the mafia was sympathetic to al Qaeda’s cause.

But in the end, Scarpa’s intelligence-gathering had failed to impress the FBI, which dismissed it as a hoax.

But a year later, a federal appeals court reversed Korman’s decision and the full 40-year sentence was reinstated. 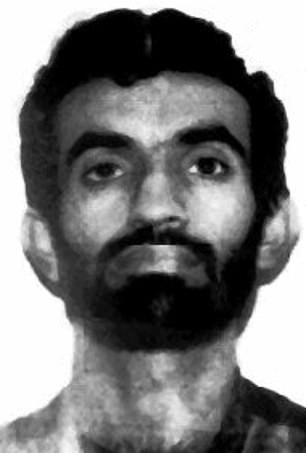 Scarpa also claimed to have gathered information about Ramzi Yousef, the mastermind of the 1993 World Trade Center bombing

Scarpa was convicted while serving time in prison for other crimes committed during his stint as a high-ranking member of the Colombo crime family.

According to prosecutors, Scarpa shot Robert DiLeonardi in the head in a secluded area on Staten Island in 1981.

DiLeonardi was killed because he was bragging about bank heists that his men had committed, according to authorities.

Scarpa is also said to be behind the murder of limousine driver Alfred Longobardi, who authorities say was in a feud with the mobster.

In 1987, Scarpa murdered another reputed gangster, Joseph DeDomenico, who was suspected of ‘committing lucrative crimes without sharing the proceeds with other crew members,’ federal prosecutors said.

In 1983, Scarpa masterminded a plot to kill Sal Cardaci, a Colombo family crime figure who was believed to be acting as an informant for federal investigators.

After Scarpa’s men killed Cardaci, he ordered his body buried in the basement of a store in the Bensonhurst section of Brooklyn.