A federal prosecutor in Massachusetts has written an extraordinarily damning letter criticizing his boss, Attorney General William Barr, and accusing him of ‘a dangerous abuse of power’ and bringing ‘shame on the department he purports to lead’.

James D. Herbert acknowledged in his letter, published by the Boston Globe on Thursday, that few acting federal prosecutors were willing to openly voice their opinions.

But Herbert, who was one of the lead prosecutors in the case of mobster Whitey Bulger, said he felt compelled to speak out. 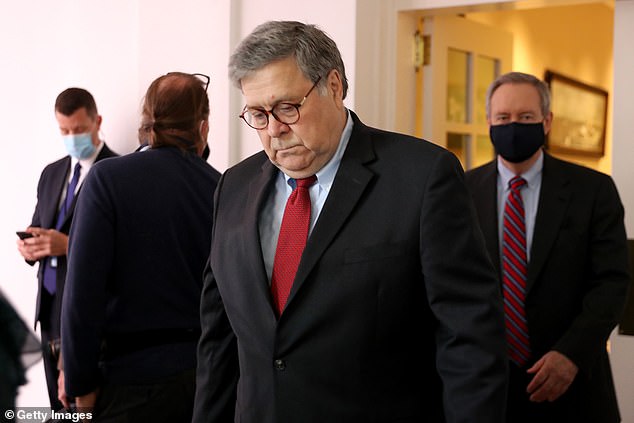 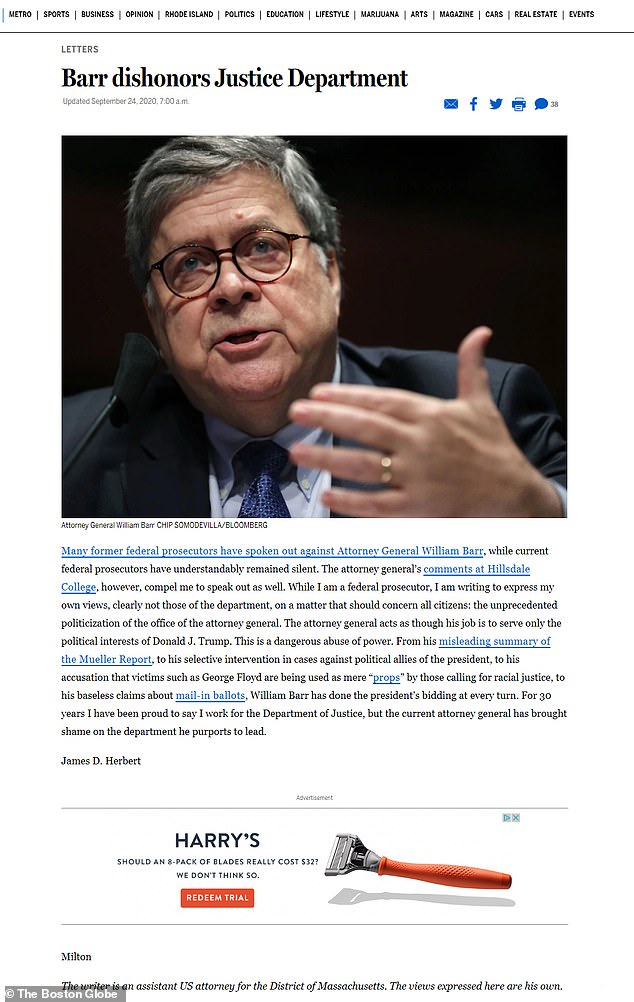 James D. Herbert wrote a letter to the Boston Globe published on Thursday 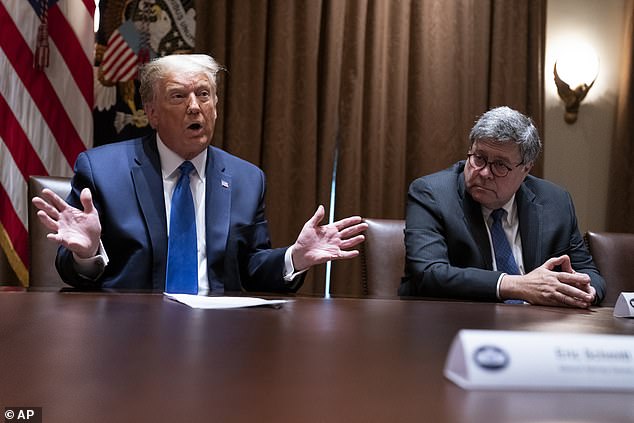 Herbert said that Barr was servile to the president, which he said was an abuse of power

Herbert said that Barr’s comments at Hillsdale College in Michigan on September 16, however, ‘compel me to speak out as well.’

Barr had, in a discussion with students, likened COVID-19 lockdowns to slavery and, according to CNN, equated his staff with preschoolers.

‘The attorney general acts as though his job is to serve only the political interests of Donald J. Trump,’ wrote Herbert.

‘This is a dangerous abuse of power. From his misleading summary of the Mueller report, to his selective intervention in cases against political allies of the president, to his accusation that victims such as George Floyd are being used as mere “props” by those calling for racial justice, to his baseless claims about mail-in ballots, William Barr has done the president’s bidding at every turn.’

Herbert concluded by saying that Barr was an embarrassment to the Department.

‘For 30 years I have been proud to say I work for the Department of Justice, but the current attorney general has brought shame on the department he purports to lead,’ he said. 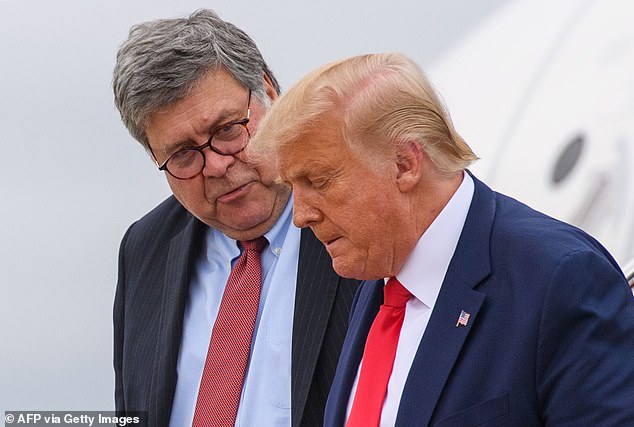 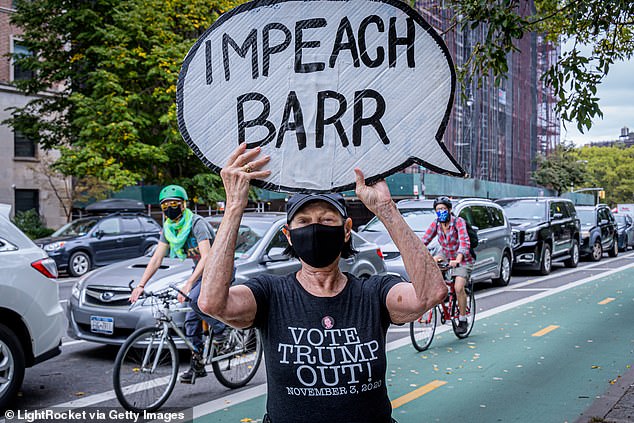