Women with the name ‘Karen’ may one day see some reprieve from the countless memes and jokes mocking the viral moniker as others are predicted to one day take its place.

Reddit user T1m_Burr used data from the U.S. Social Security Administration to determine which names are likely to become the next Karen — a pejorative for an entitled white woman who demands to speak to the manager.

According to his graphs, different decades will welcome different Karens — with the names Lisa, Jennifer, and Jessica all being deemed frontrunners.

The OG: Reddit user T1m_Burr used data from the U.S. Social Security Administration to determine which names are likely to become the next ‘Karen’

Good guess? He hypothesized that Lisa would become the Karen of the 2020s. Lisa was the number one name for females from 1962 to 1969, according to the SSA

In his post he explained how he determined the replacements, saying he only used popular names that at least 50,0000 people have. The name also had to be used mostly for women and for a short while, with a max standard deviation of 12 years.

Based on that, he hypothesized that Lisa would become the Karen of the 2020s. Lisa was the number one name for females from 1962 to 1969, according to the SSA.

In the comments, the Reddit user explained that some names were taken out of the running simply because they were popular in more than one age particular age group.

‘Rachael and Rachel are both popular names but they got removed due to them being popular for too long [of a] time, ie they aren’t mostly in a similar age group,’ he explained. ‘The reason why this is “important” is because teens, for example, can’t be “Karens.”‘

It seems less and less likely that any children will be named Karen in the future.

Earlier this month, it was revealed that the popularity of the name has dropped to its lowest since the 1930s, as fewer and fewer parents dare to give their babies the meme-worthy moniker.

While the relatively new usage of the name Karen as an insult may very well be contributing to its unpopularity for babies, Karen memes and viral videos aren’t entirely to blame, as the name has been dropping in popularity for some time. 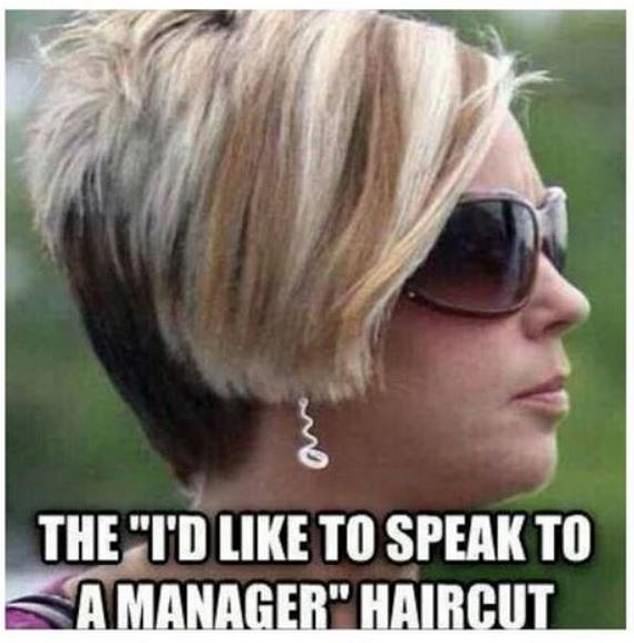 It certainly seems that the new use for the name Karen has made parents less likely to bestow it upon their children in recent years, however.

The origins of this usage can be traced back to 2014, when a popular meme was launched. The image shows a woman with chunky highlights and hair that is long and straight in the front and cropped short in the back. 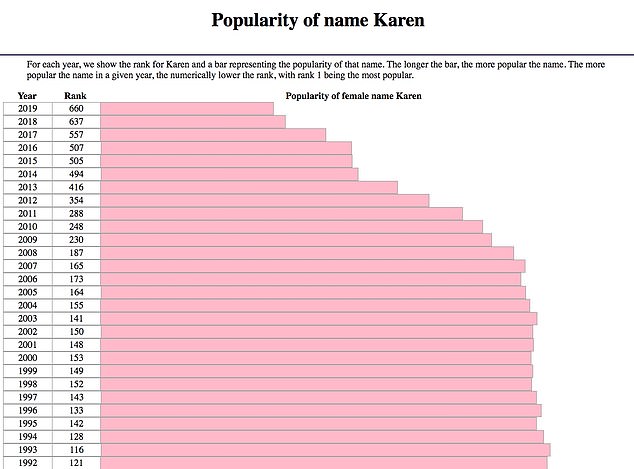 Losing steam: The use of the name Karen has been declining for years since its peak in the ’60s. Karen came in at number 660 in the baby name rankings for 2019 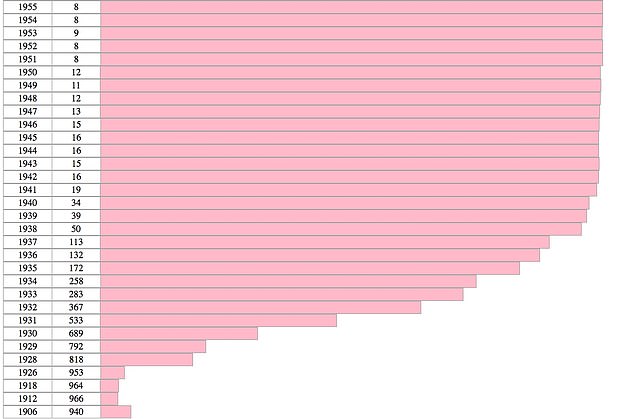 Looking back: The last time the name Karen was this unpopular was 1930, when it was ranked 689

The meme was used to discuss women who demand to speak to a manager when they are not getting exactly what they want, regardless of how unreasonable their expectations are.

Over time, it merged with the name Karen, which was used to describe an entitled woman — usually middle-aged and white — who bulldozes others to get her way and is often complaining.

But the Karen identity has evolved in the past couple of years. Now, it’s just as often used for a woman — again, usually white — who has found fault with something a stranger is doing and demands that they answer to her for it.

Often, these women call the police — especially when confronting people of color.

Well-known examples include Amy Cooper, who tearfully called 911 on a black birdwatcher who asked her to leash her dog in Central Park, and Lisa Alexander, reported a Filipino man for stenciling a ‘Black Lives Matter’ sign on his own property because she was convinced he didn’t live there.