One of the two officers shot during Wednesday night’s riots in Louisville has returned to his police precinct just hours after being released from hospital.

Major Aubrey Gregory was greeted with a round of applause from colleagues as he arrived at the Louisville Metro Police Department for roll call on Thursday morning.

Gregory is the commander of Louisville police department’s special operations division and was leading the response to riots that erupted in the city Wednesday night, following a grand jury’s decision not to indict cops on murder charges over the shooting death of black woman, Breonna Taylor. 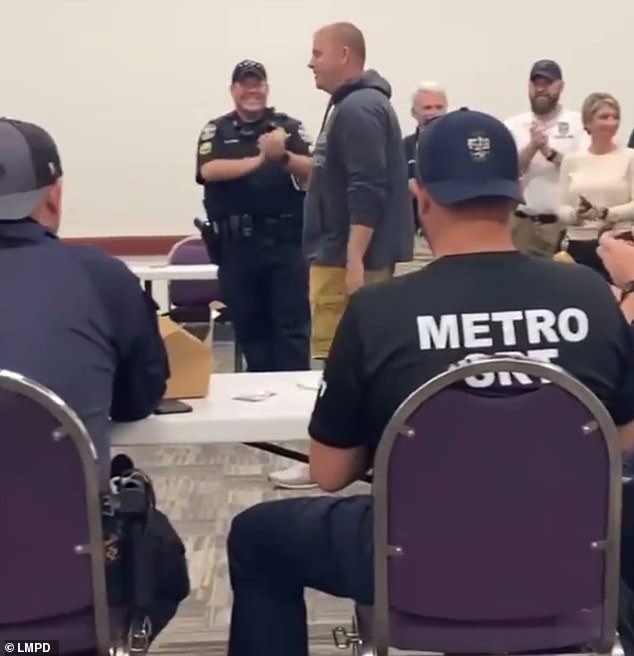 Major Aubrey Gregory returned to his the Lousville Metro Police Department Precinct on Thursday morning, less than 24 hours after he was shot during riots over Breonna Taylor 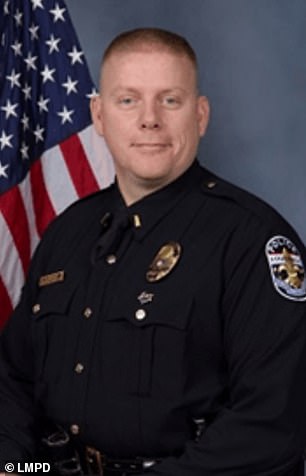 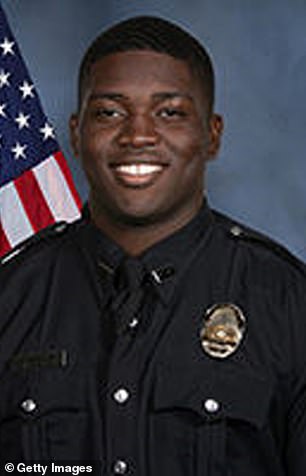 Gregory (left)  is the commander of Louisville police department’s special operations division. He was shot alongside Officer Robinson Desroches (right)  during riots on Wednesday night

The second officer who was shot during the night of violence –  Officer Robinson Desroches – remains at University of Louisville Hospital following surgery.

Desorches was was struck by a bullet to the abdomen  just below his bullet proof best. He is currently listed in a stable condition.

Larynzo Johnson, 26, was arrested over the shooting and charged with two counts of assault of a police officer and 14 counts of wanton endangerment. 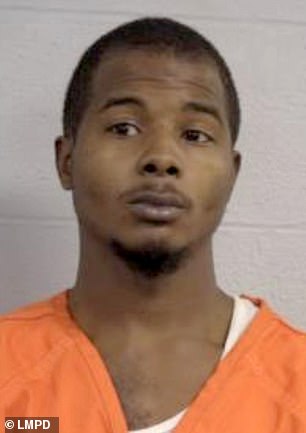 It is not clear whether the charges could be upgraded following an investigation.

A total of 127 protesters were arrested during unrest in Louisville, where Breonna Taylor lived prior to her death back in March.

Taylor was shot and killed by officers who were conducting a no-knock search warrant of her home in relation to a drug investigation.

Taylor was allegedly sleeping in bed with her boyfriend at the time officers stormed into her apartment.

The intrusion prompted her startled boyfriend to fire his own gun at the cops, who then fired back in self-defense. Taylor became caught in the cross-fire and was shot six times. She died at the scene. 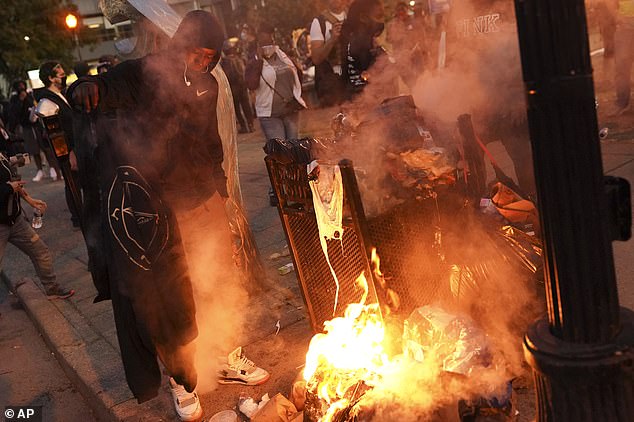 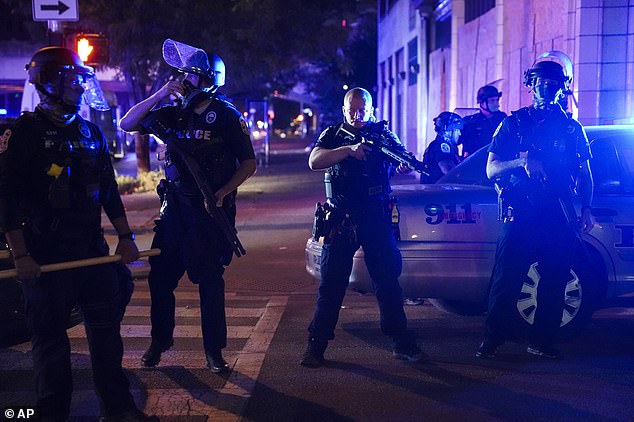