A Mexican pilot who survived a crash that killed one drug trafficker and left another injured in southwestern Guatemala engaged the police and military in a shootout before he was wounded and arrested after trying to recover a $14 million cocaine shipment.

Guatemala’s Public Ministry announced that Joel Amaya, 60, was piloting a small jet when it was detected by the Central American nation’s flight radar system Monday.

Officials instructed Amaya to land the plane, which had departed from Venezuela, before he crashed in an open field in the southwestern municipality of Retalhuleu. 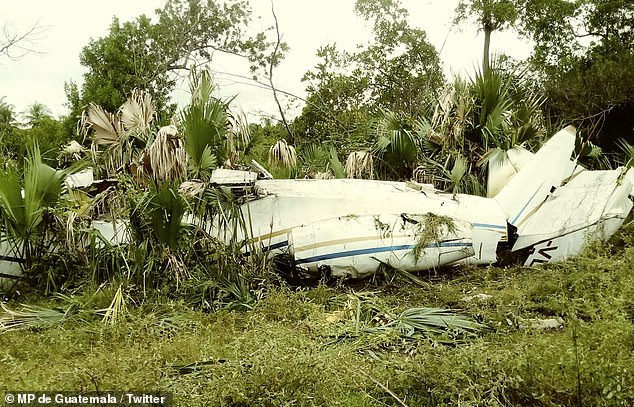 Guatemala’s Public Ministry said a $14 million shipment of cocaine was recovered from an aircraft Monday after it crashed during a forced landing in the southwestern city of Retalhuleu. Joel Amaya, the 60-year-old pilot from Mexico was arrested along with a purported drug trafficker from Colombia, Nicolás Cruz. Audias Trinidad, whose nationality is unknown, died 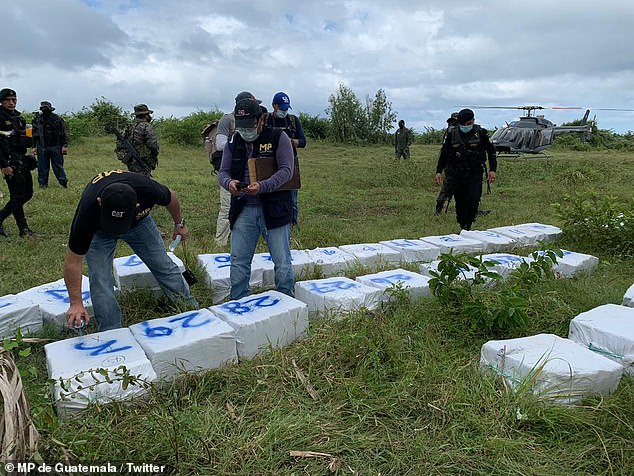 Officials from Guatemala’s Public Ministry separate some of the 1,028 packages of cocaine that were confiscated from the aircraft 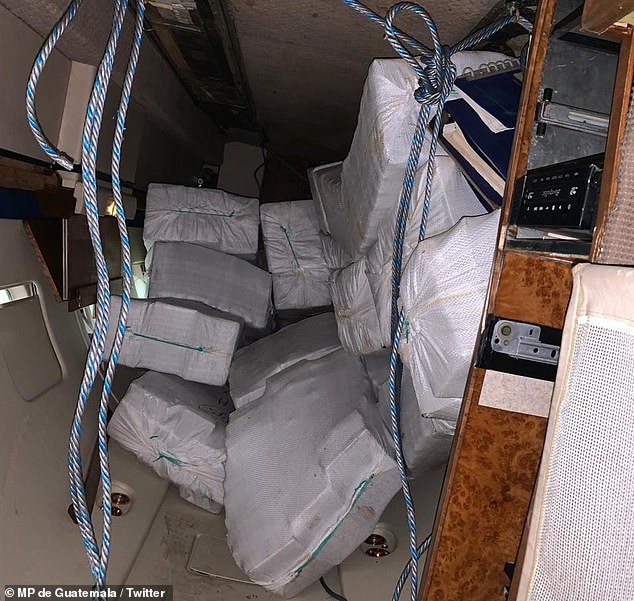 Security forces at the site were met with gunshots from Amaya before they returned fire and wounded him before finally making the arrest.

He was rushed to Coatepeque National Hospital Nacional in Quetzaltenango, where doctors were able to treat his injury.

Authorities also detained Colombian national Nicolás Cruz, 24, who suffered injuries in the crash and was later presented before a judge.

A second man, Audias Trinidad, 27, was pronounced dead at the scene. His body was transferred to the National Institute of Forensic Sciences in Retalhuleu. 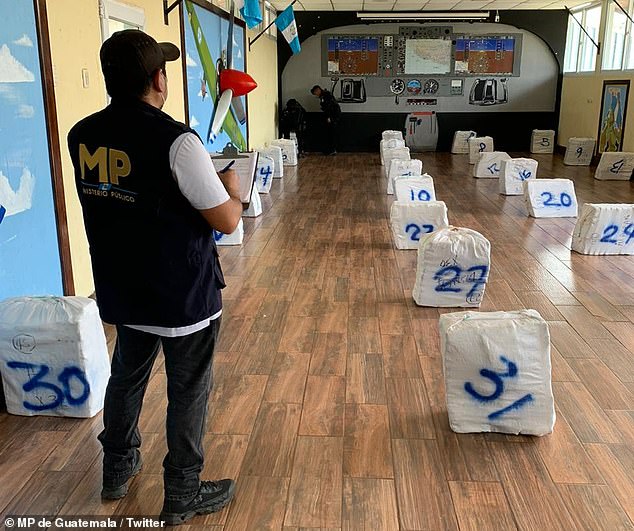 Authorities did not provide a specific weight for the 1,028 sealed packages of cocaine that were seized from a jet that crashed in southwestern Guatemala on Monday 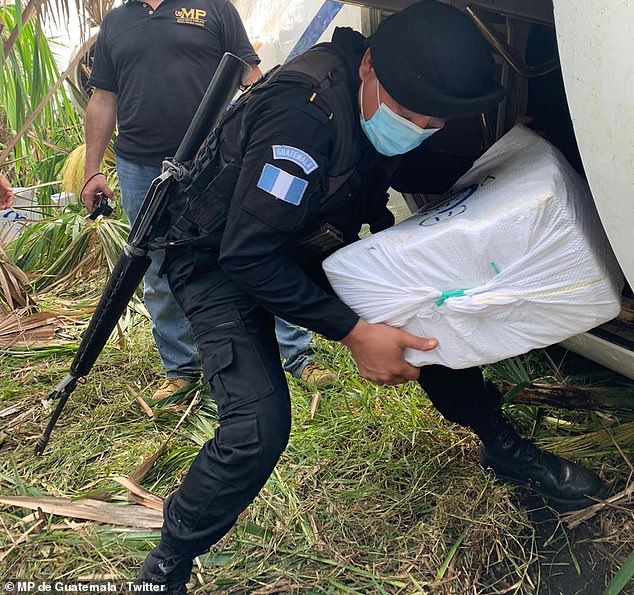 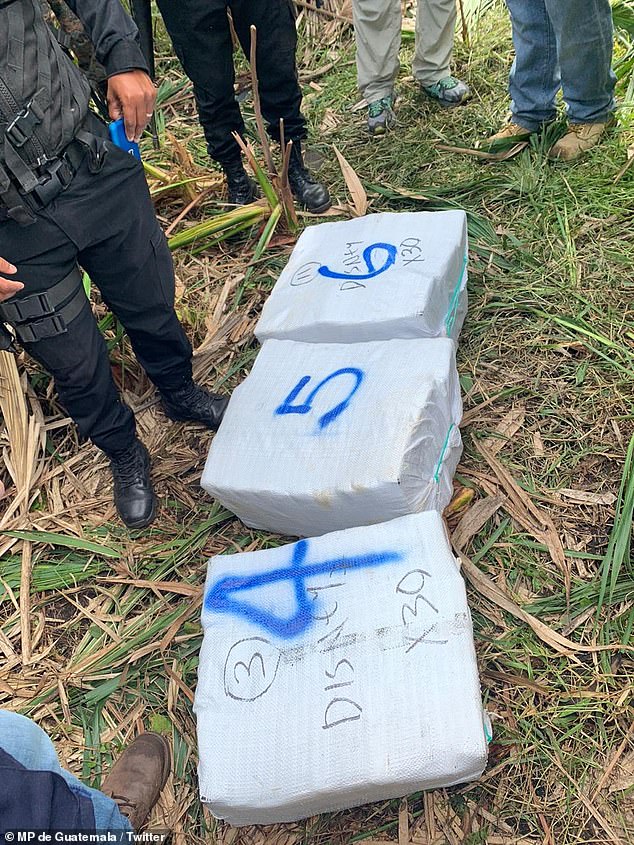 The drug traffickers inscribed ‘Disney’ on some of the cocaine packages

Investigators recovered 1,028 sealed packages of cocaine worth $14 million and also seized $6,000 from the men. Authorities confiscated satellite phones, cellphones and a GPS system.

The shipment was to be flown to Mexico and handed over to a cartel, whose identity is unknown. The drug traffickers labeled some of the cocaine packages ‘Disney’.

At least 30 airplanes have been detected for illegal entry into Guatemala’s airspace by the military this year.

The Mexican military discovered three jets illegally entering its airspace October 27 before forcing the pilot of one of the aircrafts to land just north of its border with Belize. Security forces seized a $72 million shipment of cocaine and arrested the pilot. 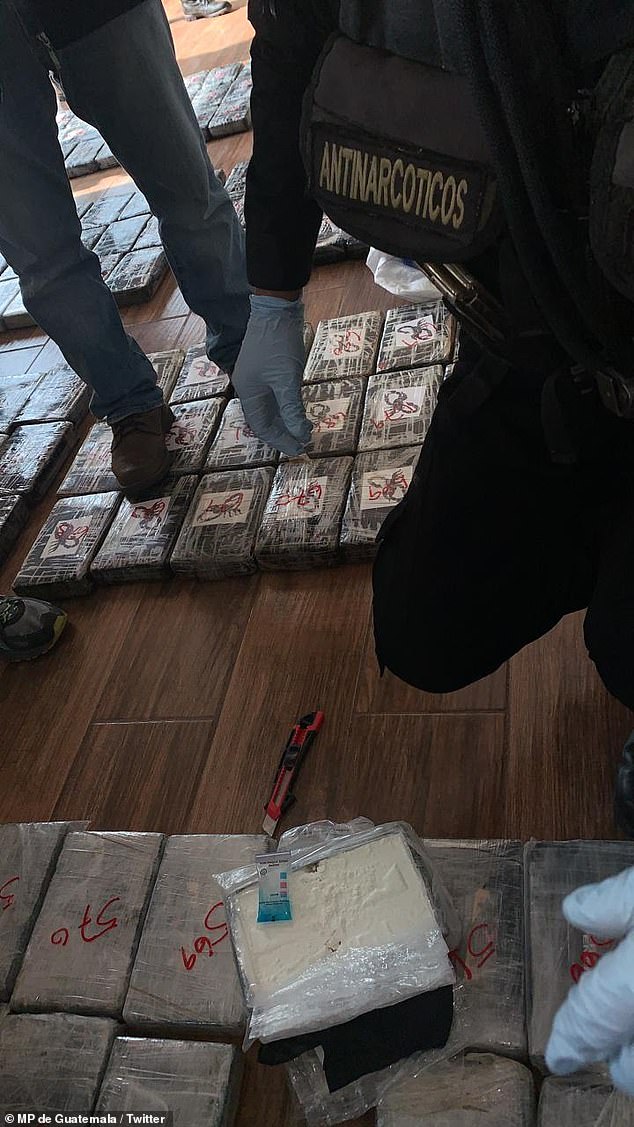