The remains of a mother-of-four who went missing more than a year ago have been found in a Missouri bean field.

The remains were discovered near a bean field in southwest Bates County after police received a call that a piece of clothing had been found with potential human remains on it. 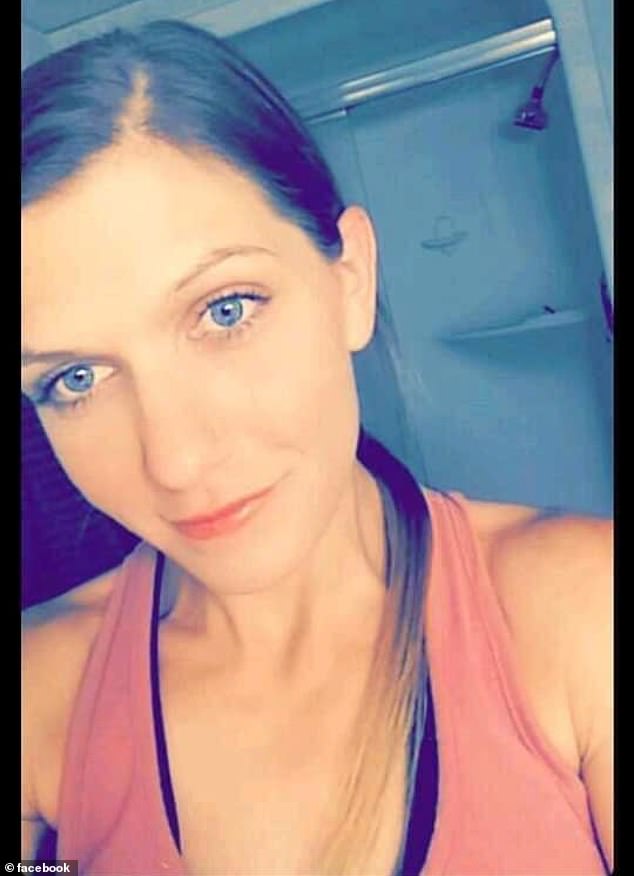 Mother-of-four Nicole Mallatt, 36, was last seen at her home in rural Butler, Missouri, on November 26, 2019. On Friday, the sheriff’s office confirmed that human remains found days earlier near a bean field belonged to Mallatt

Days later, the remains were identified as Mallatt. They will now be transferred to Washburn University in Topeka, Kansas so that forensic anthropologists can work to determine the cause of death, a statement from the sheriff’s office posted on Facebook read.

‘We ask for prayers for the family and friends of Nicole Mallatt,’ the statement read, adding that investigations into her death are ongoing.

Before going missing, Mallatt had been living with her longterm boyfriend and her four children. 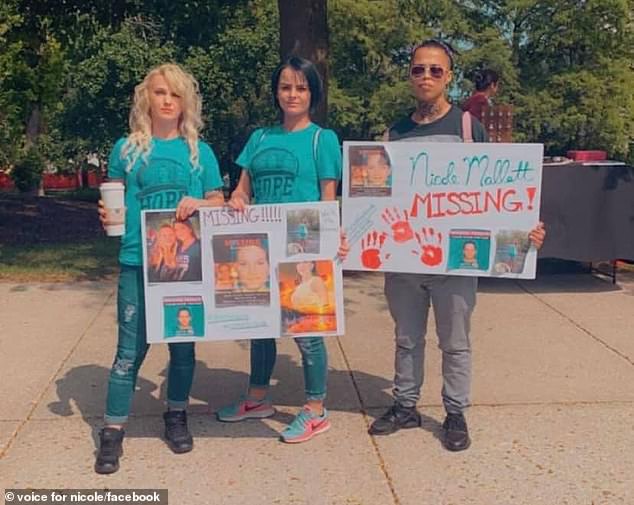 Friends hold signs bearing photos of Mallatt and the word ‘Missing’ in a bid to raise awareness about the case prior to the announcement that her remains had been found. Family have vowed to not to stop seeking justice as investigations into Mallatt’s death continue

People reported that two days before her disappearance, Mallatt had asked her sister-in-law if she could stay at her home for a few days without explaining why.

The request was unusual and, coupled with her subsequent disappearance, convinced relatives that Mallatt had not walked away from her life willingly. 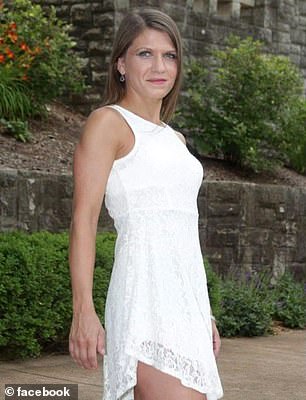 ‘That’s what raised a red flag for us,’ sister-in-law Sarah Messick said. ‘Like, why do you need to get out?’

‘She wouldn’t have left her babies,’ People reported Messick as telling Fox 4 KC.

‘Those were her world. That’s what she lived for, her babies’.

Messick said that the news of Mallatt’s remains being found felt like losing her for a second time, adding ‘it was hard.’

The family has created a Facebook group called ‘Hope for Nicole Shalee Mallatt.

Along with another set up by friends, Voice for Nicole Mallatt, the group is keeping Mallatt’s memory alive and continuing to raise awareness of her case as the investigation continues.

‘We’re okay with waiting because we want them to take their time and look over her and make sure they don’t miss anything,’ Messick said.

‘We’re not going to stop, just like we didn’t stop looking for her,’ she told Fox 4 KC.

‘We’re not going to stop fighting to figure out what happened and get justice.’