Newark, New Jersey residents will be required to stay at home for 10 days beginning the day before Thanksgiving, as officials seek to curb the spread of COVID-19 in the state’s largest city.

Mayor Ras Baraka announced the strict new lockdown measures on Thursday, asking all non-essential businesses and workplaces to ‘shut down’ from Wednesday, November 25 to Friday, December 4.

‘We are advising all stores non essential, also the corner stores too, everybody close down,’ Baraka said. ‘Not just the stores. Workplaces, barber shops, beauty parlors, gyms, everything shut down … we are giving you a chance to prepare.’

The mayor also advised residents to use that lockdown period to get tested for the virus and urged them against mingling with other people outside their household. 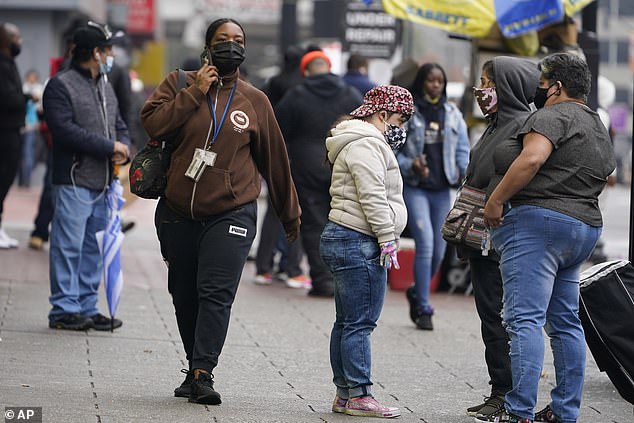 Newark residents will be required to shelter in place beginning November 25, the day before Thanksgiving until December 4. Pictured: Pedestrians wear mask as they walk in downtown Newark last month

‘I know you want to have fun, but now is not the time for fun. We have to stay focused, we have to do what’s right,’ he said.

The order will also enforce an existing curfew in the city’s East Ward, which will now be closed from 8pm Friday to 3am Saturday, beginning this Friday.

Anyone who wishes to enter the district will be required to show proof of residency, Baraka said.

The city is now the first in the Garden State to issue such a tough lockdown measure since New Jersey’s reopening this summer.

It comes amid a troubling surge of virus cases in the city, where 14,226 have tested positive since March and 694 have died.

At a news conference last week, Baraka said recent data showed the percentage of positive cases in Newark had risen from around six per cent to more than 19 per cent in the last month, with some neighborhoods far above that level.

‘The data is reminiscent of April and May, and we cannot afford to go back there,’ he said. ‘As a matter of fact, it’s better to say we are back where we were in April and May. 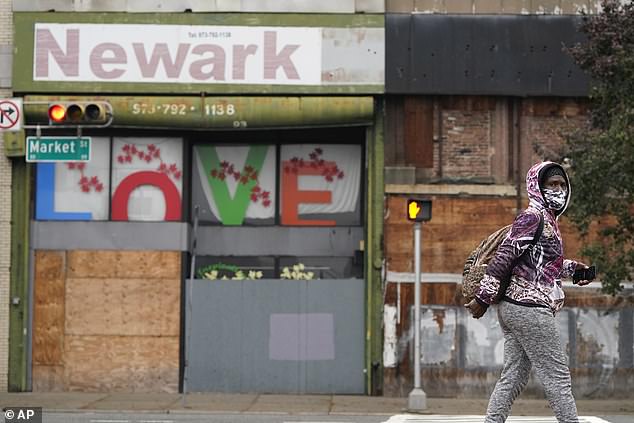 It comes amid a troubling surge of virus cases in the city where cases have risen from around six per cent to more than 19 per cent in the last month, the mayor said

‘It’s difficult for everybody, and it’s going to take all of us to make sacrifices for this thing to go away. We’re not a city of individuals, we’re a city of neighborhoods, of communities, and we have to take care of each other.’

Newark’s new restrictions go beyond statewide measures announced earlier this month by Governor Phil Murphy, who ordered bars and restaurants to halt indoor dining between the hours of 10pm and 5am.

Nonessential businesses in Newark were already required to close at 8pm and restaurant and bars must cease indoor service at 8pm under an executive order signed by the mayor in October. 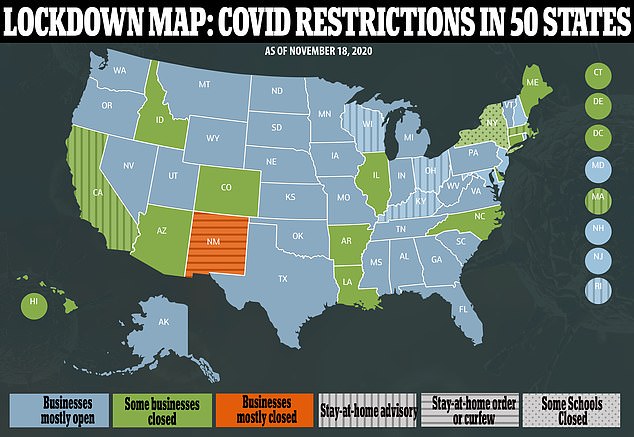 Governor Murphy, a fellow Democrat, is yet to comment on the lockdown measure.

It comes after Murphy last week signed an executive order to give towns and cities the option to limit hours at non-essential businesses after 8pm.

The decision is a change from the spring when he ordered statewide closures and declined to adopt a regional approach.

In Newark, indoor and outdoor gatherings have been limited to 10 people, and all sports in the city are suspended for at least two weeks.

The city also is restricting visitation at long-term health care facilities for the same duration.

Tony Aquino, who owns Diame’s Cafe in north Newark in one of the areas affected by the curfew, said business had gotten better a few months ago when the virus appeared to recede, but that foot traffic had slowed considerably lately and would be reduced more by the curfew.

‘We’re trying to survive right now,’ he said. ‘We have to keep paying the rent, the garbage, the electric, the gas, the employees. It’s a lot. And it’s not easy. My wife had a dream, she made this place and we tried to do what we can to keep it running. But only God knows what’s going to happen.’