Spirit Airlines has allegedly banned a passenger who took to TikTok to show other would-be flyers how to get around the carrier’s carry-on policy.

Back in September, TikTok user @Robkallday posted a clip showing him doing the supposed hack while in the process of boarding a flight.

He uploaded his digital boarding pass in a PDF editor, showing that it was possible to change the information in the ‘carry-on bag’ section to read ‘1’ instead of ‘0’. 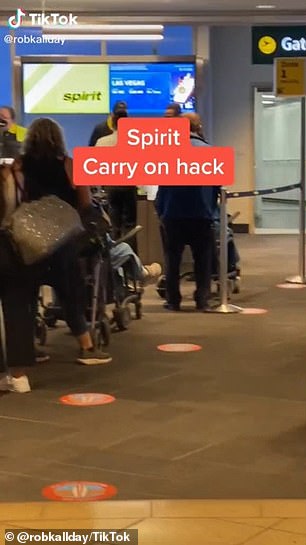 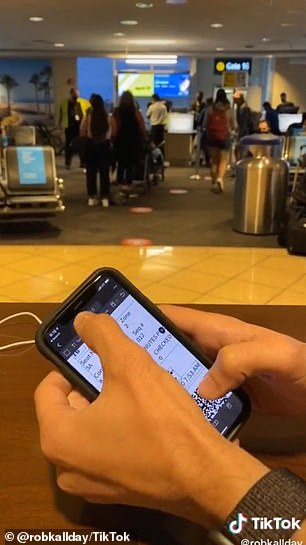 Back in September, TikTok user @Robkallday posted a clip showing him doing the supposed hack while in the process of boarding a flight 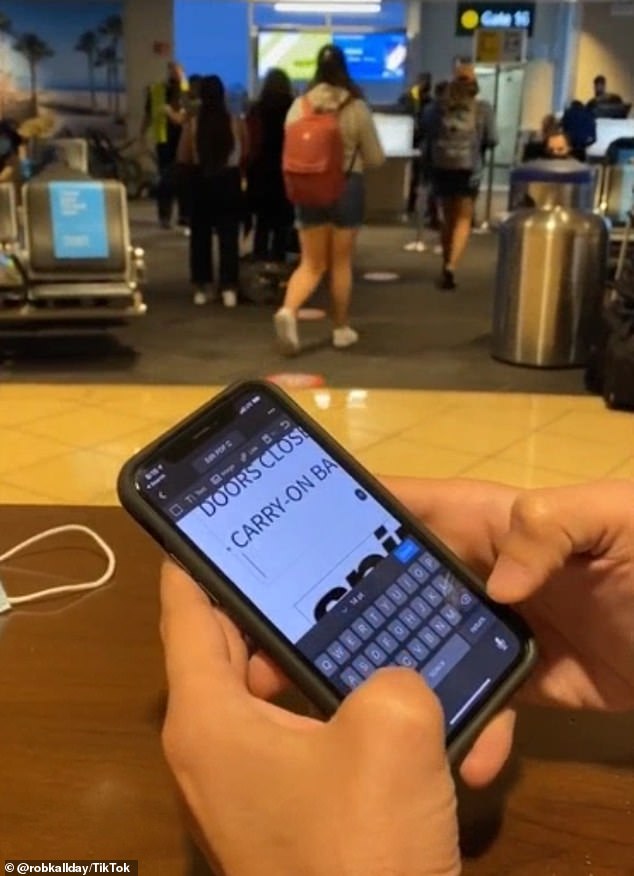 ‘Didn’t actually do this, my bag fits,’ the user claimed

‘Didn’t actually do this, my bag fits,’ the user claimed in the TikTok caption.

@Robkallday would later post a follow up clip, last month, showing the letter he supposedly received from the airline.

‘As you know you created a video on the social media platform ‘TikTok’ showing users how to manipulate a Spirit Airlines boarding pass and fraudulently indicate they paid for a carry-on bag to the financial detriment of Spirit Airlines,’ the letter reads. 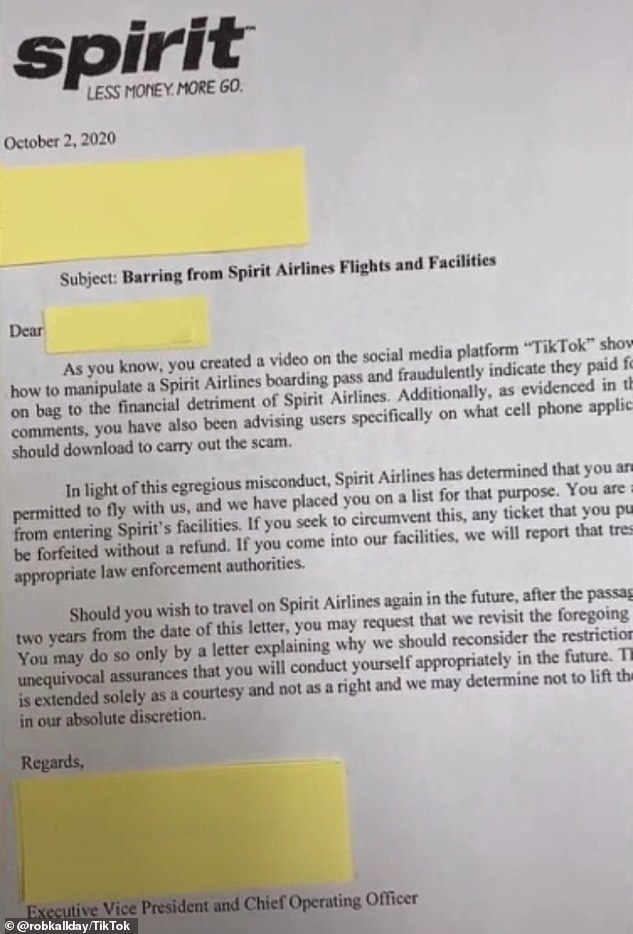 In October, the airline sent the user a letter allegedly telling him that he was banned from the airline for two years

‘Additionally, as evidenced in the video’s comments, you have also been advising users specifically on what cell phone application should download to carry out the scam.’ Spirit Airlines allegedly banned the TikTok user from flying with the carrier for at least two years.’ 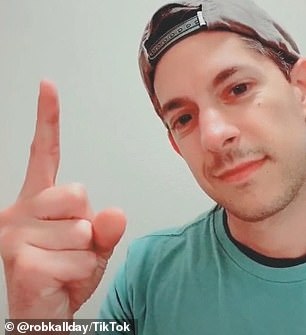 Spirit did offer @Robkallday the opportunity to ask to use the airline, after his suspension in two years time

The letter continues: ‘In light of this egregious misconduct, Spirit Airlines has determined that you are no longer permitted to fly with us, and, we have placed you on a list for that purpose. You are also barred from entering Spirit facilities. if you seek to circumvent this, any ticket you purchase will be forfeited without a refund. If you come into our facilities, we will report that trespass to the appropriate law enforcement authorities.’

Spirit did offer @Robkallday the opportunity to ask to use the airline, after his suspension in two years time.

He’ll have to write a letter explaining that he will give ‘unequivocal assurance’ that he will conduct himself accordingly when using the airline.

Spirit Airlines’ current policy allows for one personal item included with the fare. It can’t be larger than a laptop bag or a purse, however.