Two 15-year-old boys were arrested in Mexico City after they were spotted on surveillance cameras carrying a suitcase that had the body a 14-year-old who had been kidnapped and killed when his parents couldn’t pay a ransom.

The teens, identified as José Rodrigo and Darwin Azael, were spotted by Mexican capital’s C5 street surveillance system struggling with a luggage bag that contained the remains of Alessandro in the municipality of Cuauhtémoc on Wednesday.

The teens subsequently dropped the luggage on the ground in front of an uninhabited home and took off running before the unit managing the security cameras alerted the police.

Cops patrolling the area initiated a pursuit, apprehending José Rodrigo and Darwin Azael without incident at 3am local time.

Per the Mexican judicial system’s due process law, the last names of the suspects and victim were withheld and not released to the press by the Mexico City attorney general’s office. 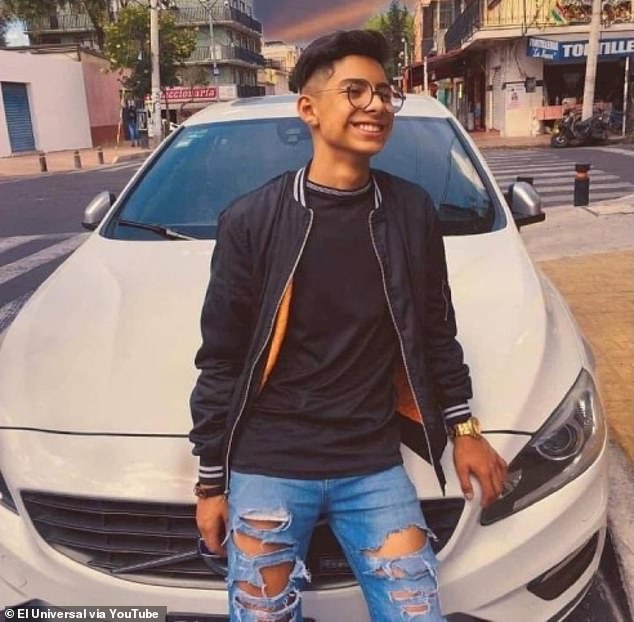 Alessandro was kidnapped Tuesday evening in Mexico City by armed men aboard two motorcycles and forced him into a taxi. The 14-year-old’s body was discovered inside a suitcase by the police on Wednesday morning after the Mexican capital’s surveillance system captured two 15-year-old who abandoned the luggage bag and took of running 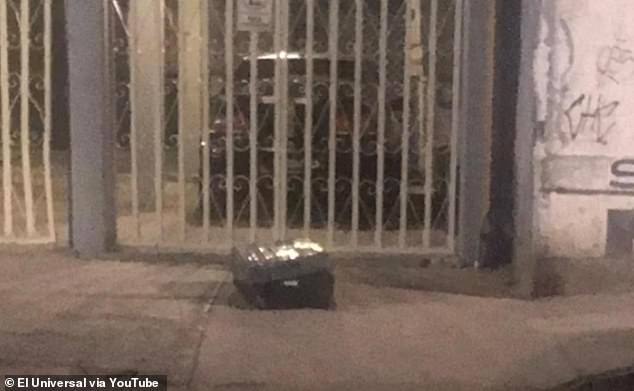 The two 15-year-old boys arrested Wednesday by the Mexico City police said they were paid $97 to dump a suitcase containing the body of 14-year-old Alessandro. The teens had problems carrying the luggage due to its weight and dropped it on the ground before they took off running and were eventually arrested

Mexican news outlets reported that José Rodrigo confessed to the police that they were paid $97 to abandon the suitcase at a local market’s dump site.

Alessandro was last seen Tuesday at 8pm leaving a soccer field in the Mexico City town of Venustiano Carranza before armed men aboard two motorcycles intercepted him and forced him into a taxi. 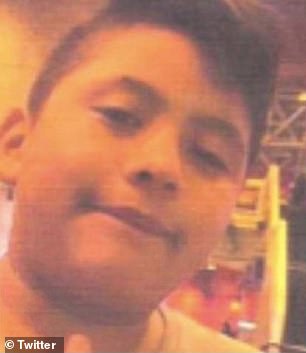 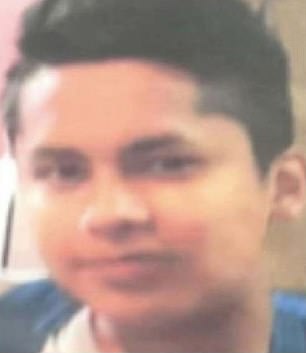 The Mexico City attorney general’s office issued a statement indicating Alessandro’s murder is not related to the assassinations of Alán Silvestre, 12, y Héctor Tolentino, 14, whose bodies were discovered inside a large bag November 1 in the same neighborhood where Alessandro’s remains were found

Newspaper El Universal reported that Alessandro’s father took charge of negotiating his son’s freedom after the abductors contacted the family minutes later and demanded a $39,000 ransom for his release.

The kidnappers stopped answering his phone calls after both sides failed to reach an agreement.

The Mexico City police had not announced any arrests as of Thursday.

The Mexico City attorney general’s office issued a statement indicating Alessandro’s murder is not related to the assassinations of Alán Silvestre, 12, y Héctor Tolentino, 14, whose bodies were discovered inside a large bag November 1 in the same neighborhood where Alessandro’s remains were found.