Cut-price investing giant Vanguard has revealed details of its personal pension with a charge of just 15p for every £100 invested.

The launch early next year of a self invested personal pension (Sipp) by the US fund manager is highly-anticipated, as it first hoped to offer pensions shortly after bringing its DIY investing platform to the UK in 2017.

With an annual administration charge of 0.15 per cent, capped at £375, Vanguard says its DIY pension has been designed to make saving for retirement simpler, whether people have just started saving or have been investing for decades.

The Sipp from the firm famed for its low cost tracker funds will be the the lowest-cost product of its kind, according to research from industry specialist Platforum. 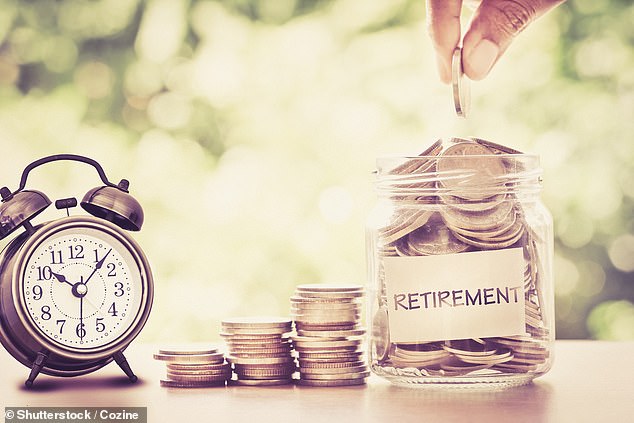 Vanguard’s new Sipp will be the lowest-cost of its kind, according to research from Platforum

Investors will be offered 76 of Vanguard’s own-brand funds and ETFs and have to pay fund fees on top of the 0.15 per cent annual administration cost.

Vanguard offers a range of low-cost tracker funds among its investments, including the popular LifeStrategy range that lets people choose how much risk they want to take and invest around the world

The LifeStrategy funds charge 0.22 per cent, while its FTSE All Share tracker charges 0.06 per cent.

The low charges would mean younger people at the start of their saving for retirement journey could save on fees, while those with more put aside for retirement could cut their costs by even more.

The account fee cap applies across all personal pension, Isa and general account holdings on the Vanguard Personal Investor platform – so those holding money in other types of account will benefit.

The Sipp will only initially be offered to those building up pension investments, rather than those drawing on them in retirement – a drawdown service for them should follow during the next tax year.

Vanguard says that for the average British pension saver it will be the lowest-cost Sipp on the market. The 0.15 per cent annual fee compares to a 0.45 per cent charge at Hargeaves Lansdown, 0.35 per cent at Fidelity, while Interactive Investor charges £19.99 per month.

Vanguard pension savers can invest from just £100 a month of a lump sum of at least £500.

Sean Haggerty, head of Europe at Vanguard, said: ‘The Vanguard Personal Pension is designed to reduce the cost and complexity of saving for retirement.

‘An individual’s savings often represent a lifetime’s effort, yet many investors and retirees continue to be charged far too much on the proceeds of their own hard work.

‘Fees can have a sizeable impact on investment returns, and consequently on the quality of life in retirement. We want to offer investors the clarity, peace of mind and value for money they deserve, through a service that is simple, effective, transparent and fairly priced.’

Trying to calculate the total cost of investing can be complicated as platforms use different pricing models and can have other charges beyond standard account fees, fund fees and buying and selling costs.

Vanguard will charge 0.15 per cent annually as an admin charge, with fund fees paid on top, but there are no dealing charges. It only offers a limited own-brand selection of Vanguard funds.

Jeremy Fawcett, head of Platforum, said the Vanguard Personal Pension’s competitiveness compared with Sipps offered by 14 other leading platforms across a range of investment scenarios, makes it ‘one of the lowest-cost options on the market, especially for those at the beginning of their journey’.

The research consultancy found that a typical investor would pay £172 per year to invest a £40,000 annual Sipp contribution, compared to an average of £238 on competitor platforms, with the most expensive charging £396.

Ben Yearsley of Shore Financial Planning said: ‘The Vanguard Personal Pension certainly is cheap, and if you go slightly off piste and don’t just plump for a FTSE All Share tracker, there are some interesting funds on offer.

‘It’s a good option and will undoubtedly encourage those who haven’t saved in a pension before to do so, which is ultimately a good thing.’

The Sipp is aimed at pension investors building up pots, those who want to consolidate several pensions into one and the UK’s ever-growing self-employed workforce. With its low charges it has the potential to shake up the market by forcing others to assess their own fees and encourage a reduction in costs.